Love jihad ‘victim’ found in Delhi, brought to UP

Etah (Uttar Pradesh), Dec 24  The missing 21-year-old woman from Etah district has been found by a team of Uttar Pradesh Police from a house near Delhi’s Karkardooma metro station on Wednesday, 35 days after she went ‘missing’.

Mohammad Javed, the main accused in ‘abduction and unlawful conversion’ of the Hindu woman to Islam, remained elusive along with four of his close relatives.

The Etah police has approached a local court to issue non-bailable warrants against the five men who are on the run after being booked under the new anti-conversion law of the state.

The court has issued the warrants against the five accused.

So far, 14 relatives of Javed, including three women, have been arrested and sent to jail.

A police officer said, “The woman has been brought to Etah, late on Wednesday evening and after medical examination, she will be produced in court on Thursday.”

Deputy Superintendent of Police (DSP), Ram Niwas Singh, said, “After six days of efforts, we managed to recover the woman from a house near Karkardooma metro station in Delhi. The main accused had kept her at his friend’s house. She is not yet willing to share any information about allegations of her abduction and unlawful conversion, as made by her father.”

Javed, 28, and his five family members were booked last week for allegedly kidnapping the woman and converting her to Islam.

According to the police, the woman had been missing since November 17. But her family filed a case on December 17 when they received a letter by Javed’s lawyer from Delhi, informing about the woman’s conversion and the subsequent marriage in a court.

The case was registered under IPC section 366 (kidnapping, abducting or inducing woman to compel her marriage, etc.) and under the Uttar Pradesh Prohibition of Unlawful Conversion of Religion Ordinance, 2020.

The police, thereafter, arrested 14 relatives of Javed, ostensibly to ‘mount pressure on him’. 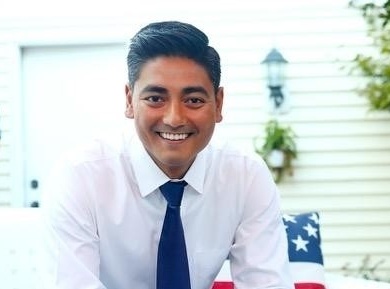