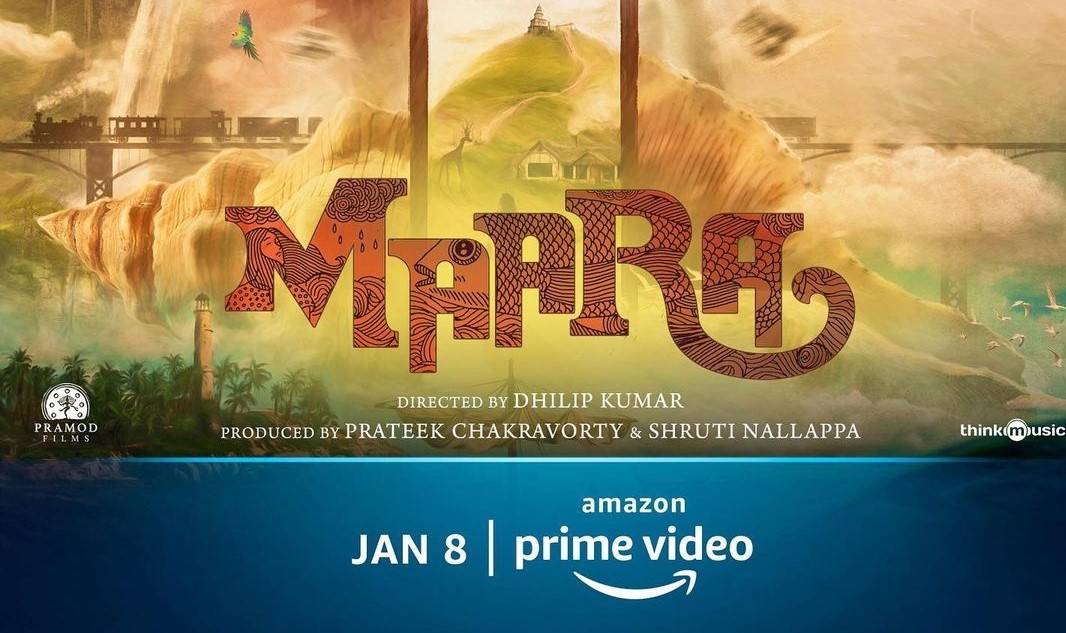 Actor R. Madhavan has unveiled the trailer of his next film Maara, which is set in a picturesque world.
Hollywood News
·January 9, 2021

For a film that tries to talk of the magic of life and love, the sense of ennui about its narrative is surprising. Dhilip Kumar’s directorial unfolds a tad too languidly for its own good in a bid to create poignant drama — so much so it begins to seem way too longer than its runtime of two and a half hours. Dhilip Kumar draws from the 2015 Malayalam film Charlie and he does manage to give the original’s story a credible spin, although he struggles to craft an impressive end product while doing so.

The film is at the same time a modernday retelling of a fairytale and an emotional relationship drama that falls back on classic storytelling. Shraddha Srinath plays Paru, a young woman who discovers the Kochi locality where she rents a house has walls painted with vignettes of the story she heard from a nun as a child. Captivated by the artwork, she decides to track down the artist, Maara (R. Madhavan).

There’s more of course, to add to the fairytale aura. Paru stumbles upon Maara’s sketchbook, which has drawings of people and situations that will act as clues in her journey. The setting is just right for an enchanting saga, you would think.

Yet, the film never quite manages to go beyond its exquisite external gloss. The sub-plots that emerge with the various faces in Maara’s sketchbook will overshadow the core storyline. As too many characters fill the frame, Paru and Maara get lost in the crowd. The impact of the flashbacks set off by Maara’s sketches is only sporadic. As the narrative tries using art as a force to define life, half-baked writing comes in the way.

Much of the bittersweet effect draws from the characterisation of Maara. Although not a very original prototype, Madhavan turns up looking suitably unkempt to live up to the image of Maara — eccentric artist who is also a messiah of the masses. Madhavan exudes free-spiritedness with the same relish as he bashes up a bunch of goons who try trafficking a minor girl.

Most of the story unfolds through Paru’s gaze, and Shraddha Srinath essays her protagonist impressively, by turns inquisitive about and mesmerised by Maara’s world. She uses silences well, to speak out more effectively than any dialogue would.

For Dhilip Kumar, Maara would seem like an ambitious first film. There are the rough edges in execution but the filmmaker shows promise mixing a poetic and philosophical approach in storytelling with feel-good treatment. His debut effort, at least, promises more assured imagination in the future.