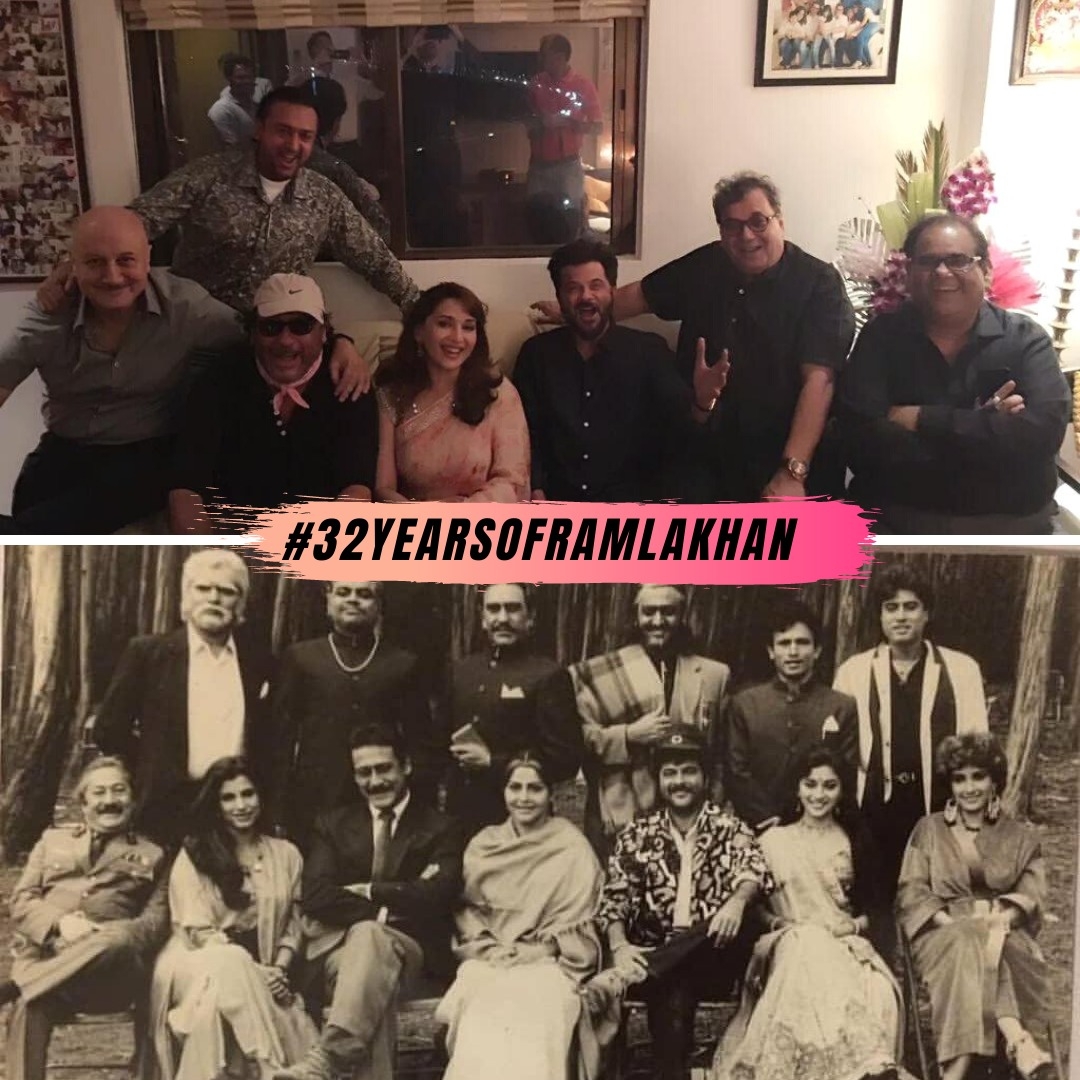 The 1989 film, which starred Jackie Shroff and Anil Kapoor as brothers, was directed by Subhash Ghai.

Sharing a collage of two photos of the film’s team, she tweeted: “Celebrating #32YearsOfRamLakhan & the wonderful memories we made while working on the film. Thank you for watching, enjoying & loving the hard work of the entire team.”

The first photo features Madhuri, Anil, Jackie, Ghai, Anupam Kher, Satish Kaushik and Gulshan Grover. The other image seems to have been taken during the shoot of the film. The black and white photo features actors Dimple Kapadia, Rakhee, Amrish Puri, Saeed Jaffrey and Paresh Rawal, who were part of the film’s cast.