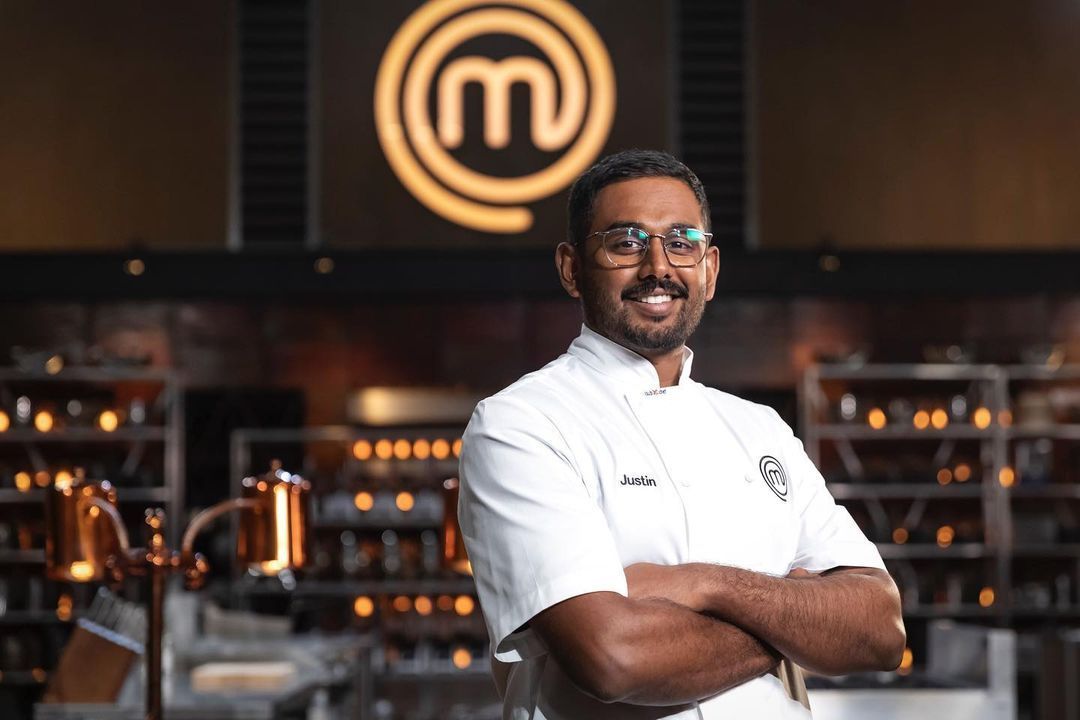 “I think it’s super delicious. It’s tasty food and when you compare it to everything else Indian food competes really well. That’s what I think,” Narayan, who hails from Perth, Western Australia and is of Indian origin, told IANS on a call from Down Under.

Ever since his mega win, life has been a whirlwind for the 27-year-old young pastor, who is a first-generation Australian and a Fijian Indian.

Right after being crowned as the winner of the popular reality show in May, Narayan married his long-time girlfriend Esther Smoothy.

So, did he woo her with his cooking talent?

He sees Esther’s love for food as an “added benefit”.

“She definitely loves to eat, which is a huge benefit. She is not very picky and is very easily pleased when it comes to food so that’s something I’ll keep trying…,” Narayan added.

Talking about how from being a youth pastor to making a career in cooking, Justin revealed that entertaining and hospitality has been a part of his culture while growing up.

“Cooking is something I have always loved. I always loved cooking for people. Serving them while entertaining and hospitality… it is a big part of my culture growing up. It is just a natural expression and extension of who I am and what I like to do… The passion was kindled young and reached its zenith here,” he said.

That’s not all. Going beyond what most winners do, Narayan is also pitching to help a Mumbai-based NGO, Vision Rescue, started by his friend Biju Thampy, a pastor and motivational speaker. Thampy has been providing meals to children living in Mumbai slums.

“Yes, I am working with my friend Biju over there. He is doing an incredible job and I just want to partner with him and continue to help children in the slums of Mumbai. I had an opportunity to go and see the work he is doing and it is incredible. I think as of today he has distributed a million meals which is pretty incredible,” says the young chef.

Narayan wants to partner with the charity. “So, I would love to partner with it in some sort of way and he is not just feeding them he is also educating them. Hopefully giving them the tools in life to get out of the slums… That would be really cool to do,” he added.

What does he plan to do now?

“I am working towards creating some food content. Getting into the food entertainment space so that will be a lot of fun. Just create content that hopefully connects with people and that inspires them to cook and would love to keep learning as much as I can and get some mentorship from some chefs and hopefully that will land some sort of food venture. That would be my goal,” he said.

(Durga Chakravarty can be contacted at durga.c@ians.in)