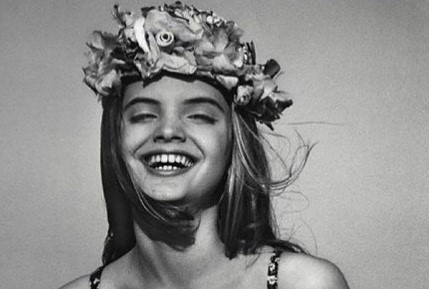 Los Angeles, July 31 Hollywood actress Mena Suvari, who is known for films such as ‘American Pie’ franchise, ‘Rumour Has It’ and ‘Kiss The Girls, has

claimed her ex-boyfriend ‘manipulated’ her into having threesomes with other women.

The 43-year-old star has opened up about the past relationship in a very honest interview, but chose not to name the man, reports mirror.co.uk.

Suvari has reported that the lighting engineer verbally and sexually abused her as a teenager, and it was only years later that she realised what he’d done.

In an interview with The Guardian, the actress said that the mystery man would force her to pick up women to have threesomes with – including ones she had met on set, reports mirror.co.uk.

Years later, when she bumped into one of the women, Suvari was left mortified when she had a conversation with her and realised what she had been subjected to.

Suvari explained: “I said, ‘I want you to know that I never wanted to do any of those things’.

“She was surprised. She said, ‘Oh, he told me you wanted to do that’.

“It was a huge eye-opener for me, how I was being manipulated and I had no idea. The circumstances had been created for me, and I was just swallowed up by it,” Suvari continued.

The ‘American Horror Story’ star also claimed that she was coerced into using uncomfortable sex toys by the same ex-boyfriend.

“I was not being loved. I was just a body, a receptacle for his desires,” she said, revealing that she also had to seek medical attention after enduring repeated rough sex.

She added: “I’ve never wanted to speak negatively about things that can be very healthy for other people. I was not given the choice or the permission to do it, and that’s what was so destructive for me.”

“It’s a very messed up thing when you experience sexual abuse, because part of it is like, satisfying. But then the other part is an absolute nightmare, so you’re confused, you don’t know what’s right.”

Last year, mother-of-one Mena spoke about being “addicted to meth” after being brutally raped by her brother’s friend when she was just 12-year-old.

She shared details of the horrific experience in her memoir, ‘The Great Peace’, and shared that she was “never all right again” after the incident.

Suvari said she began to dabble with drugs and alcohol to “numb the pain” after being raped in her teens, and felt a sense of relief writing about it in her book.