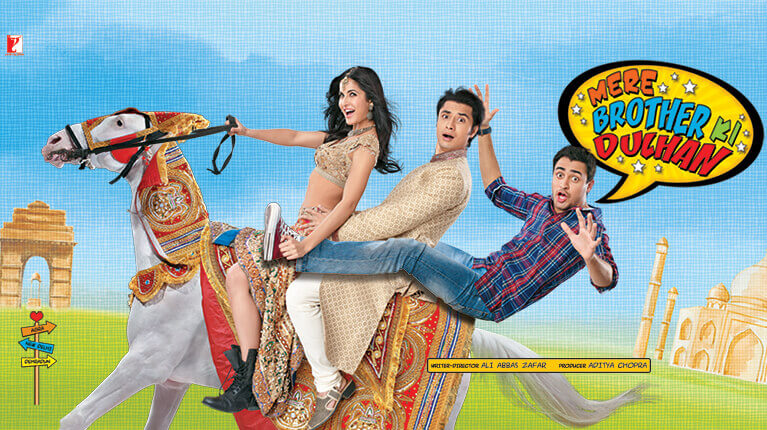 The rom-com Mere Brother Ki Dulhan released nine years ago on September 9 and recalling the film, director Ali Abbas Zafar opened up about the special bond he shares Katrina Kaif, who essayed the central protagonist.

“Katrina and I are like chalk and cheese. (We are) Definitely best of friends but we have our disagreements too. That is what keeps our relationship real and relevant,” said Zafar, adding: “I’ve always tried to do the best I could do with her and she supported me in every possible way.”

The film, released in 2011, marked Zafar’s debut as a screenwriter-director and the filmmaker recalls Katrina was already at the peak of her stardom by then.

“I was a complete newcomer and she was riding super high on her success. For her to be generous enough, to choose me over other filmmakers who were offering her scripts at that point of time, was a very brave decision,” Zafar said.

“Since then, till now we’ve been more of personal friends than professional friends. So yes, thank you Katrina for always being there for me,” he added.

In the romantic comedy, Imran Khan plays a young guy who sets out in search of the right match for his brother, essayed by Ali Zafar. However, when he does find the right girl (Katrina Kaif), he falls in love with her. Zafar says Katrina’s character, Dimple, was a very progressive woman who lived life on her own terms.

The film, which was declared a commercial hit, marked Zafar’s entry into bigtime Bollywood. He would go on to direct “Gunday”, “Sultan”, “Tiger Zinda Hai” and “Bharat”.

“My journey from being an assistant director to director has been very exciting and I must say, little filmy. I was an assistant director in YRF on ‘Jhoom Barabar Jhoom’, ‘Badmaash Company’, ‘New York’, and ‘Tashan’. After ‘Badmaash Company’, I gave a script to Adi,” Zafar said, recalling how, while he was driving to Goa with some friends, Aditya Chopra called him to say he liked the script, which would eventually become “Mere Brother Ki Dulhan”.