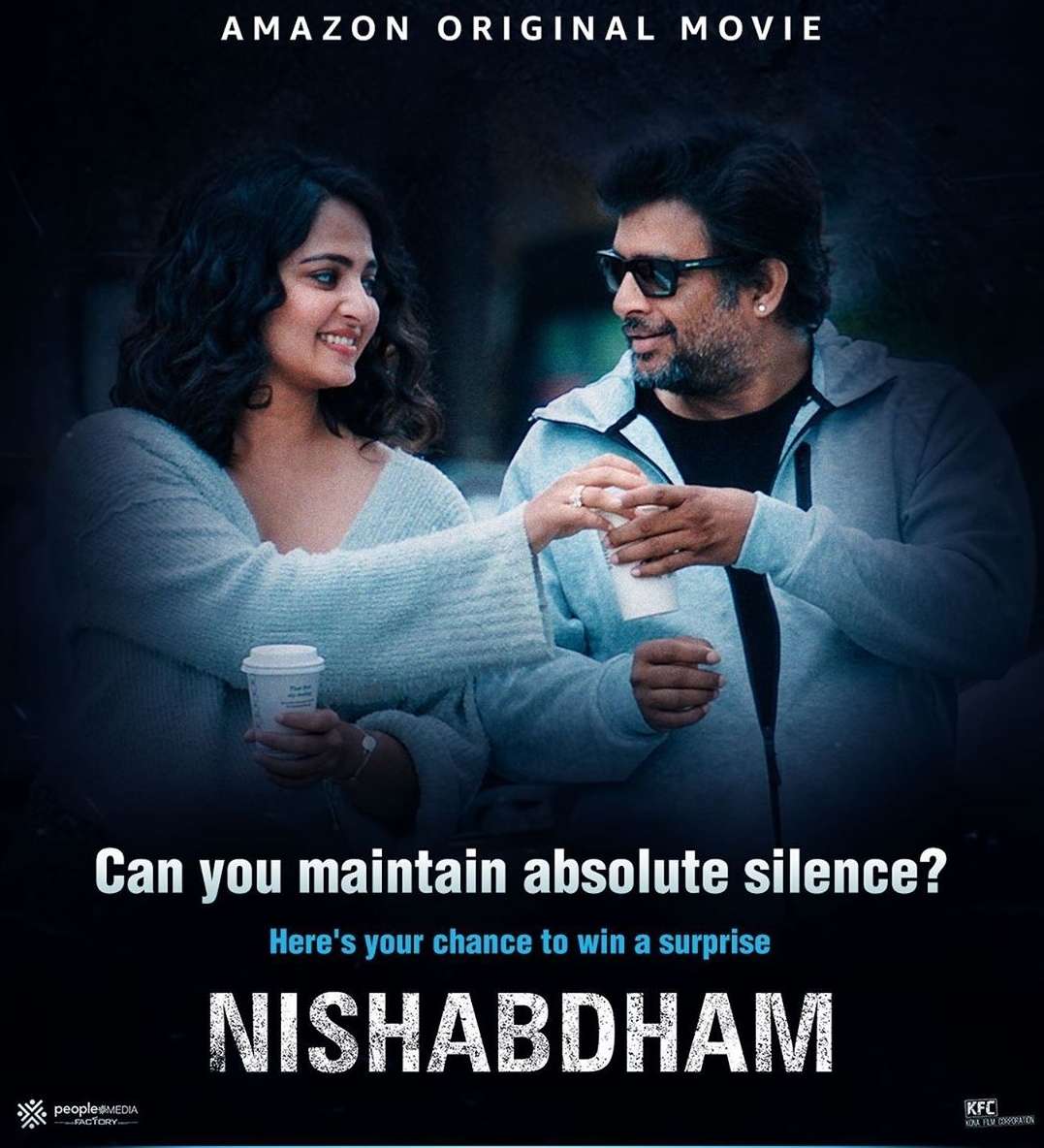 What could they have possibly said to Michael Madsen, to lure him into signing this one? Yes, Michael Madsen — Hollywood maverick of Kill Bill and Reservoir Dogs — turns out in this bizarre piece of bunkum passed off as a thriller, sharing near-parallel footage with the top-billed Anushka Shetty and R. Madhavan.

Nishabdham, a Telugu suspense flick, has been shot and released simultaneously in Tamil and English as Silence (there’s a dubbed Malayalam version, too). The film, starting off on an eerie note with the promise of a gripping haunted house saga, starts losing focus soon enough and, after wasting a couple of hours trying to technically look like a sleek Hollywood flick, ends up with a climax so vapid that it makes you wonder why they didn’t call it Silence Of The Dumb.

Kona Venkat’s screenplay on director Hemant Madhukar’s script starts off introducing Anushka and Madhavan as a married couple, Sakshi and Antony. She is an artist who is deaf and mute. He is a classical musician. They arrive in a quaint house somewhere in Seattle that is said to be haunted, because Sakshi is in search of a painting she believes lies somewhere inside the building.

Inside, Antony is killed mysteriously and traumatised Sakshi is a witness. Captain of the local police force Richard Dickens (Michael Madsen) along with his aide Maha (Anjali) are the officers assigned to probe the case.

Of course, Antony can’t die so soon in the film, you figure right away, or else they wouldn’t cast Madhavan in the role. And Madsen isn’t there just to play a sidekick cop, you reckon, if they have shelled out the moolah to sign a Hollywood actor for the role.

Wrong casting calls can dilute the intended impact of a suspense drama, which is what happens here. More so, because a lot of the plot movement and attempted suspense are woven around Antony and Dickens.

The bigger problem lies with the storytelling. Writer-director Madhukar seems unsure of how to carry forward his tale. The plot meanders, with attempted spins in the storyline getting increasingly contrived with the passing minutes, as the film heads for an unconvincing finale. When the actual reason is revealed for whatever was going on, it comes across as utterly ludicrous.

One is not sure if all this happens because the same story had to be told through dialogues in multiple languages for the multiple versions, but you sense of sort of plasticity in the way the actors behave and speak (at least the Telugu version with English subtitles gives that impression). If a character is weak no actor on the planet can cover up that fact, no matter how incredible a performer he or she is. Anushka to Anjali, Madhavan to Madsen, every actor struggles in this film, trying to rise above their uninspiring protagonists.

Nishabdham was clearly trying to be a different film. It’s a different matter that it is not much of a film anyway, to be anything whatsoever.