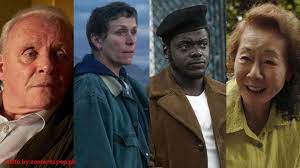 Los Angeles, April 26 The 93rd Academy Awards ceremony will go down in history as one that celebrated inclusivity as never before.

From an all-black producing team being nominated for Best Picture, to Asian origin actors taking home the trophy, to deaf and mute presenter Marlee Matlin — the Oscars this year made space for life in all its diversity.

Veteran actor Anthony Hopkins, who portrayed an ageing man battling dementia in The Father”, won the Best Actor award. The octogenarian was not present at the ceremony or on video, and his award was accepted by the Academy on his behalf. Others nominated in the category were the late Chadwick Boseman,Mads Mikkelsen, Riz Ahmed, Steven Yeun and Gary Oldman.

Oscars 2021 were held from two locations in Los Angeles — Union Station and Dolby Theatre. Dolby Theatre has been a venue for Oscars since 2001. However, this year, the live audience capacity was limited to 170 people and the guests were rotating in and out of the ceremony.

“Ma Rainey’s Black Bottom” made history by taking the award for Best Hair and Make-up. The winners, Mia Neal and Jamika Wilson, became the first Black women to win in the category.

While accepting the golden statuette, Kaluuya said: “Thank you god. I can’t be here without guidance and protection.. Thank you mom. Thank you for giving me everything. It is so hard to make a film and to make a film on a man like this. I am going to celebrate life. We are standing and breathing.”

The award for Best Original Screenplay was given to Emerald Fennell for “Promising Young Woman”.