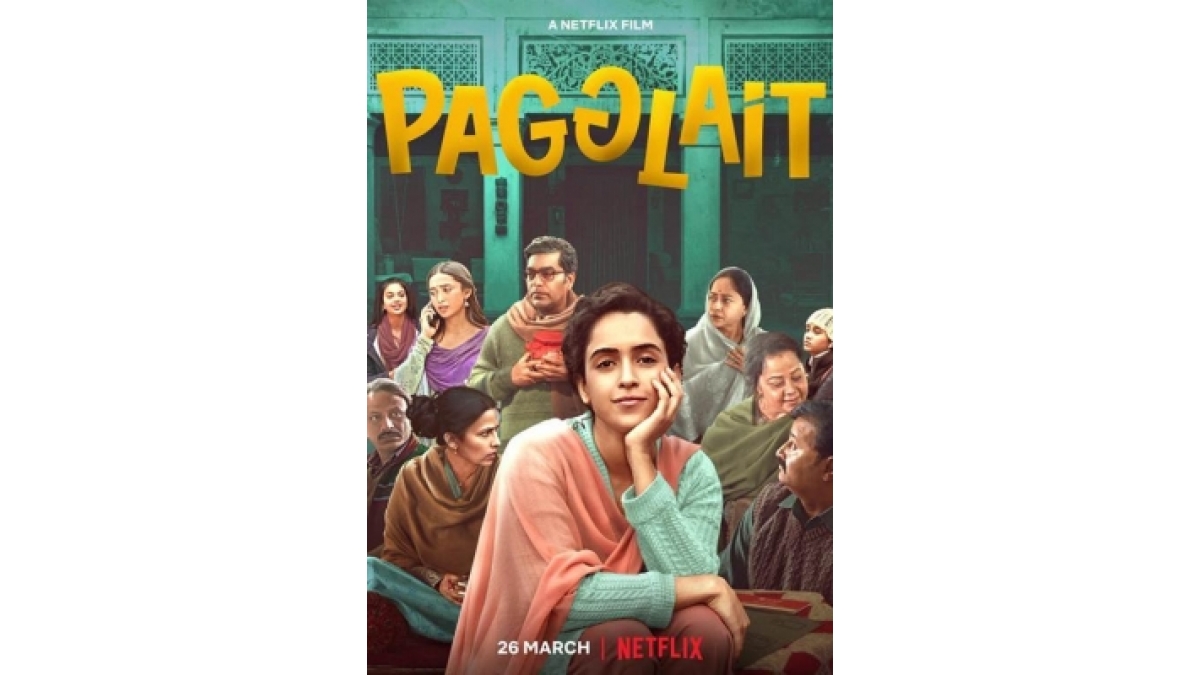 Pagglait the film is just like its protagonist Sandhya. It doesn’t behave the way it is expected to.

You would think the story of a just-married young woman who is widowed right at the onset would be sombre, all the more because the societal subjugation she tackles is focus of the plot. The film however refuses to mourn, just like Sandhya. With a quirky spin, writer-director Umesh Bist chooses to unfold his story as a comic drama. Like its heroine, the film’s mood stays irreverent, unaffected by the grim reality that backdrops the narrative.

Sanya Malhotra plays the smalltown widow Sandhya with incredible authenticity. She is alone in her room, amidst a house full of grieving relatives, as the camera pans on her for the first time, sifting through social media condolence posts coming in for her dead husband, Astik. She lets out a yawn over the “copy paste” R.I.P shayari and moments later, asked if she wants some tea, nonchalantly says she would prefer a cola.

Sandhya’s attitude leaves some puzzled and others miffed. A relative, Ghanashyam (Jameel Khan), who habitually quotes Shakespeare, helpfully suggests she is suffering from PTSD. Her mother (Natasha Rastogi) tries ‘jhaar-phoonk’ on the sly. Sandhya gets away with her best friend Nazia (Shruti Sharma) for a quick feast of ‘golgappe’ even as Astik’s younger brother performs the necessary rituals at the river ‘ghaat’.

As the story moves, reasons are subtly dropped. Sandhya and Astik were never really a close couple in the few months they shared together. As Sandhya would discover, Astik was yet to fully get over his former girlfriend Aakanksha (Sayani Gupta).

Bist’s storytelling delves into what drives Sandhya’s psychological indifference at Astik’s death without turning the film into bleak fare. Yet, Pagglait isn’t flippant in its approach either. The film makes its comment about repression of women without being too loud about it, especially in the climax. In fact, the end could seem predictable when it comes, but it works for this story.

The flaw about the narrative perhaps lies in its necessity to justify Sandhya’s actions. Simply never being close to Astik during his lifetime could have been enough for Sandhya to take the step she does after his death. There was no need, actually, to bring in an ex-girlfriend angle.

Secondly, it is evident that a mourning household in a smalltown milieu will see the extended family converge, which in turn would mean a surfeit of characters. The problems is not all characters are properly fleshed out. As a result, actors of the calibre of Rajesh Tailang, Ananya Khare, and Jameel Khan remain underutilised.

Still, these actors manage to leave an impact despite the limited footage they get. In fact, the film is enriched by fine performances from the entire cast, toplined by Sanya Malhotra in one of her best acts yet.

Pagglait is a sincere attempt, at entertaining as well as at imparting its comment on women’s empowerment without getting too fussy about it. 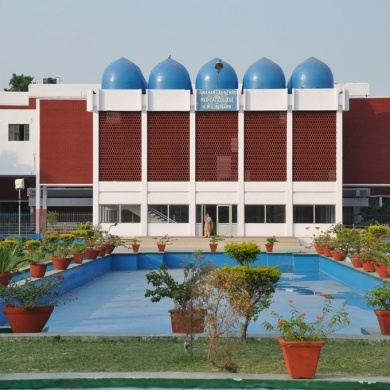