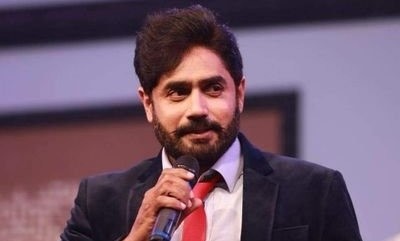 Mumbai, May 23  Pakistani singer Abrar ul Haq has accused filmmaker Karan Johar on Twitter on “copying” his song ‘Nach Punjaban’ in the upcoming production ‘Jug Jugg Jeeyo’ without his permission.

The singer accused the filmmaker and his production house Dharma Productions for stealing his music and shared that he has not sold his song to any Indian movie.

In a tweet, Abrar said: “I have not sold my song ‘Nach Punjaban’ to any Indian movie and reserve the rights to go to court to claim damages. Producers like @karanjohar should not use copy songs.”

“This is my 6th song being copied which will not be allowed at all. @DharmaMovies @karanjohar.”

In another one he wrote, “Song ‘Nach Punjaban’ has not been licensed to any one. If someone is claiming it, then produce the agreement. I will be taking legal action #NachPunjaban.”

Slated to release in theatres on June 24, ‘Jug Jugg Jeeyo’ is directed by Raj Mehta.