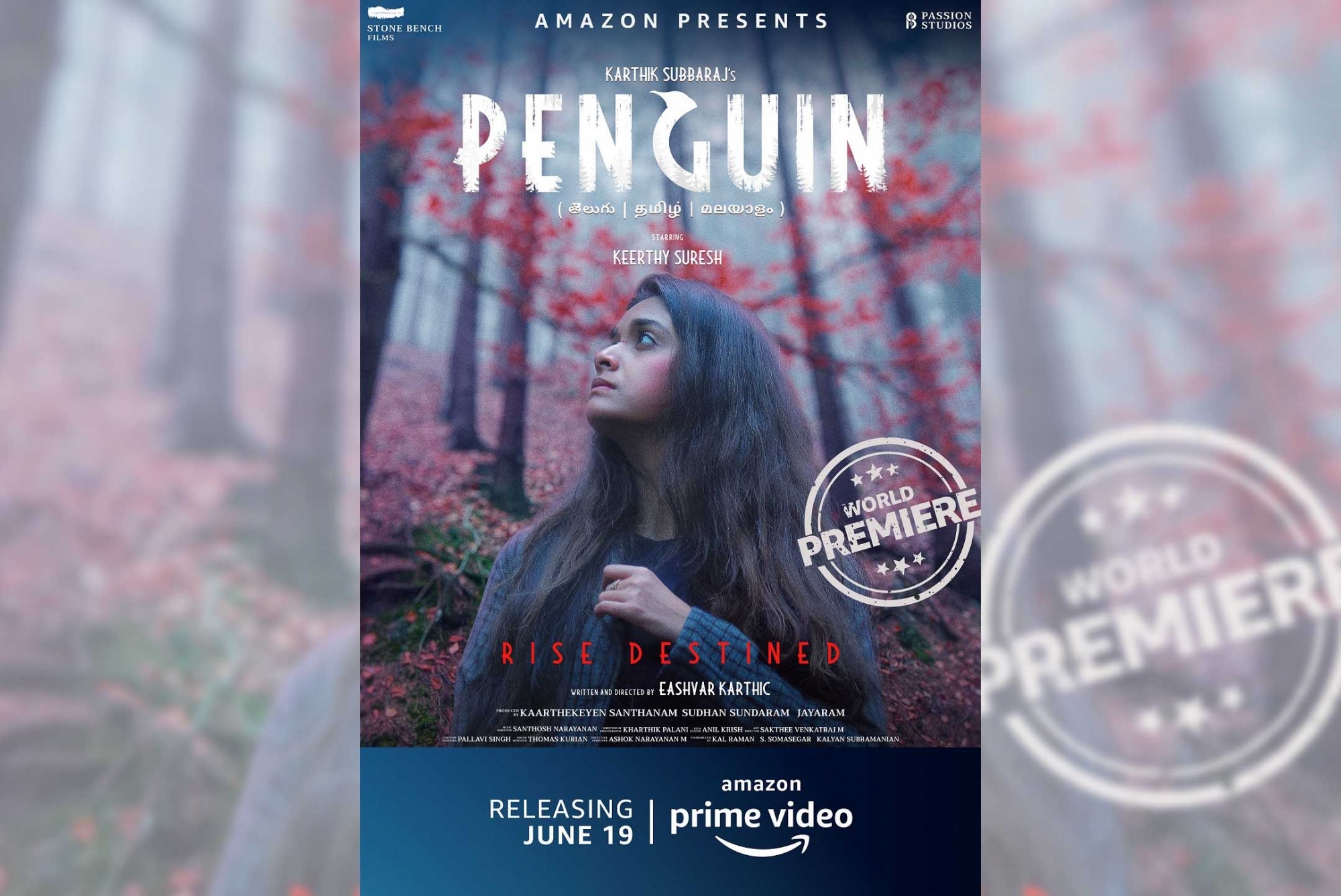 “Penguin” is enchanting in its look and feel, perhaps to offset the grizzly plot that lies at its core. The film starts off looking like an unusual psychological thriller, but soon enough becomes a very basic serial killer story rooted in not-so-unusual motives.

At the centre of the plot is Rhythm (Keerthy Suresh), who is left shattered after her little son Ajay disappears. The tragedy takes its toll on her marriage with Raghu (Lingaa), and they separate. Six years later when the film picks up her story, Rhythm is pregnant from her second marriage to Gautham (Madhampatty Rangaraj).

Then, as Rhythm continues being wracked by trauma and nightmares, Ajay suddenly shows up in her life. After momentary joy, however, she realises all is not well with the boy. He won’t speak, looks pale and seems to show discomfort at the slightest touch. His frail frame reveals signs of long captivity, yet there is something foreboding about the child’s silence.

More terrifying for Rhythm, it does not take her long to realise that the kidnapper is still around, possibly somewhere nearby.

The film has been pitched as a mystery, so it would be unfair to reveal the story that unfolds beyond that backgrounder. Writer-director Eashvar Karthic builds his film well up to a point. Using a non-linear structure, he whets your appetite for tension in the opening half with slowburn storytelling, accentuated by stunning camerawork (Kharthik Phalani) and sombre music (Santhosh Narayanan). On Karthic’s canvas, gorgeous Kodaikanal gets an eerie noir feel.

Yet, the film seems to run out of all imagination somewhere halfway down. The shortcoming of the narrative, you realise, is it starts to slow down where it should have taken off. You are left with individual scenes that stand out in the second half. Among them is a sequence guaranteed to satiate lovers of gore-horror, replete with a psycho’s basement flaunting chop-chop tools, body parts and, of course, ample blood.

Those, though, would seem like distractions, from the broader impression of inadequate storytelling that the film leaves as it heads to its finale. Director Karthic and team, after setting up an interesting premise, somehow seem lost in confusion when it comes to ending on an intriguing high.

OTT junkies eager to catch this one would perhaps be more swayed by the film’s cast than content. Keerthy Suresh’s Rhythm is written in a way to keep you guessing about her mind, and the actress does flawlessly in bringing alive the intricate shades. The character, and the way Keerthy interprets her every nuance, form the backbone of this film, driving the script as well as the film’s USP.

Great entertainers resonate in your mind, transcending language and subtitle barriers. Despite the ample hype that “Penguin” garnered, and despite Keerthy Suresh’s bravura performance, the film somehow fails to leave an indelible impact in your mind.
(Vinayak Chakravorty can be reached at vinayak.c@ians.in)