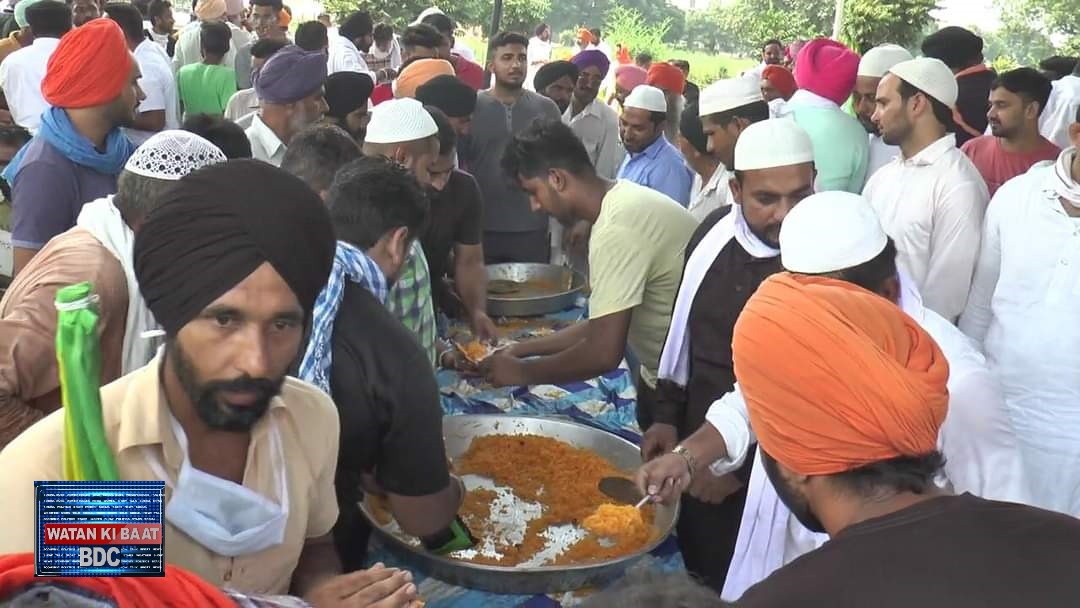 The People’s Union for Civil Liberties is committed to the defense and promotion of civil liberties in India, irrespective of differences regarding the political and economic institutions that maybe suitable for the country. The aim of the PUCL is clearly to uphold and promote by peaceful means the democratic way of life throughout India. To us it is an article of faith. It is in this context that the PUCL stands in solidarity with the non-violent and peaceful struggle of the lakhs of farmers, sleeping under the open sky in the chill of winter on the Delhi borders. When the farmers of the country needed full support from the Government, due to the ongoing agrarian crisis, it has come as a shocker that the GOI wants to dis-empower the farmers completely in the interest of big corporate s.

PUCL would like to assert that the Government of India must meet the demands of the protesting farmers and repeal the three new laws on farming, which were passed in the Indian Parliament in September 2020, by flouting all democratic norms. We would like to point out that these laws were passed in the middle of the Corona pandemic crisis without a national discussion on the proposed changes of law which threaten to change the face of agriculture in India. It is objectionable that such far reaching changes were ushered at a time when the corona pandemic had already forcibly restricted movement and economic activity of ordinary people.

It is evident that the farmer’s struggle has moved well beyond the demand of merely protecting the minimum support price (MSP) and the repeal of the two new and one amendment law on farming. These are respectively, The Farmers’ Produce Trade and Commerce (Promotion And Facilitation) Act, 2020, better known as the APMC Act, The Farmers (Empowerment And Protection) Agreement on Price Assurance and Farm Services Act, 2020, better known as the Contract Act and the third The Essential Commodities (Amendment) Act, 2020.It is our understanding that it has clearly emerged as a struggle for survival of more than fifty percent of the Indian people who are farmers, a struggle against the corporate control of the several dimensions of farming economy and operations from production, to fair pricing, to stocking (hoarding), to markets and to retail marketing. The fear that if these laws are allowed to exist, then they would lead to creation of landlessness, bondage and destitution of farmers cannot lightly be brushed aside, given the nature of the acute farmers and agricultural crisis that has been growing in the last 2 years.

The farmers struggle is also highlighting the center’s violation of principles of federalism, by it legislating on a state subject without consulting the farmers or the State Governments. The struggle also exposes how the laws take away legal and judicial recourse and put in place only executive redress. Finally, this struggle is also for defending basic democratic and constitutional right of the Indian people of the right to association, the right to protest and be heard.

The PUCL condemns the Indian State’s response of making war on its own people instead of responding democratically to the demands raised by the farmers. They first pass these laws democratically, then prevent the farmers from reaching Delhi to raise their demands by using force, file several hundreds of cases, barricade as well as dug up roads thereby making trenches, water cannoning the people, deploying security forces in large numbers and stopping the movement of farmers by initially closing the Haryana and UP border and now the Delhi border. Over and above the strident campaign to discredit and ridicule the demands of the farmers by some members and ministers of the BJP and a section of the media, including social media, by calling the protestors anti nationals, Khalistani’s and terrorists the state and its supporters are also trivializing the struggle of the farmers by dubbing it as an opposition sponsored protest and terming women protestors as paid protestors among other labels.

With the 4th round of talks between the Government and the farmers having failed it is only clear that the Government will begin throttling the protest even more and the vilification campaign may get more vociferous,

For over 16 years the PUCL was the petitioner in the Right to Food litigation in the Supreme Court which resulted in numerous orders ensuring food, nutritional and livelihood security for millions of poor and marginalized Indian communities. As an integral part of the Right to Food Campaign, we can also state that these new laws and amendments are part of the larger project of the state withdrawing from its obligation towards ensuring nutrition security for all. The weakening of the APMC system would also, as is being argued by the farmers, lead to the dismantling of the entire public procurement at minimum support prices. Weakened public procurement would further allow governments to replace the Public Distribution System (PDS), which is the life line of the poor of this country, with cash transfer programmes.

What is of concern is that in the absence of any regulation, and with declining purchasing power of the working poor, there is also a possibility that there will be increasing exports in food grains, while people in India continue to remain hungry. In the past, Governments have withstood the pressure of the WTO and other developed countries and given leadership to the less developed countries of the world, arguing for a peace clause, which defends its public stock holding of food grains for the purposes of the PDS. In fact, what is needed is an expansion of the MSPs and effective procurement to all crops, including millet, pulses and oil seeds which will also be in favor of small farmers while improving nutrition as these can then be included in the PDS basket.

The PUCL would also like to highlight the dangerous trend that has emerged in law making of introducing sections that deny the right to legal and judicial recourse in the law itself, which confirm the farmers logic that these bills cannot be amended they need to be scrapped all together as the intent is foul play.

Section 13 of the Farmers’ Produce Trade and Commerce (Promotion And Facilitation) Act, 2020, very clearly goes on to state that “No suit, prosecution or other legal proceedings shall lie against the Central Government or the State Government, or any officer of the Central Government or the State Government or any other person in respect of anything which is in good faith done or intended to be done under this Act or of any rules or orders made thereunder. And section 15 goes on to add that “No civil court shall have jurisdiction to entertain any suit or proceedings in respect of any matter, the cognizance of which can be taken and disposed of by any authority empowered by or under this Act or the rules made thereunder”, thus handing red ressal to the SDM level officer.

Similarly, Section 18 of The Farmers’ Produce Trade And Commerce (Promotion and Facilitation) Act, 2020, states that “No suit, prosecution or other legal proceeding shall lie against the Central Government, the State Government, the Registration Authority, the Sub-Divisional Authority, the Appellate Authority or any other person for anything which is in good faith done or intended to be done under the provisions of this Act or any rule made thereunder. Along with section19, which states that” No civil Court shall have jurisdiction to entertain any suit or proceedings in respect of any dispute which a Sub-Divisional Authority or the Appellate Authority is empowered by or under this Act to decide and no injunction shall be granted by any court or other authority in respect of any action taken or to be taken in pursuance of any power conferred by or under this Act or any rules made thereunder”.

Why should there be the denial of civil suits as a remedy, when there is a real possibility in the future of disputes between the trader and contractee and other similar parties. The revenue authorities have a limited jurisdiction of revenue records; why are they being given these sweeping powers at the cost of jeopardizing the clear principle of separation of powers between the judiciary and executive, to prevent vested interest.

We demand from the Government of India the following, that:

1. As a first step these laws be scrapped and repealed.,
2. Cases filed against the farmers be withdrawn.
3. The Government of India should respect the democratic right of protest of the Indian citizens and have a dialogue with the farmers exhibiting good faith and
4. The Government of India should respect the principles of federalism as stated in the Indian constitution and engage with State Governments as equal partners in governance in order to strengthen every aspect of farming and Indian agriculture so that it remains self-reliant, independent and sustainable.
5. Law making should not embolden the executive with extra powers and deny legal and judicial remedies to the aggrieved, this increasing trend in law making needs to be reversed.