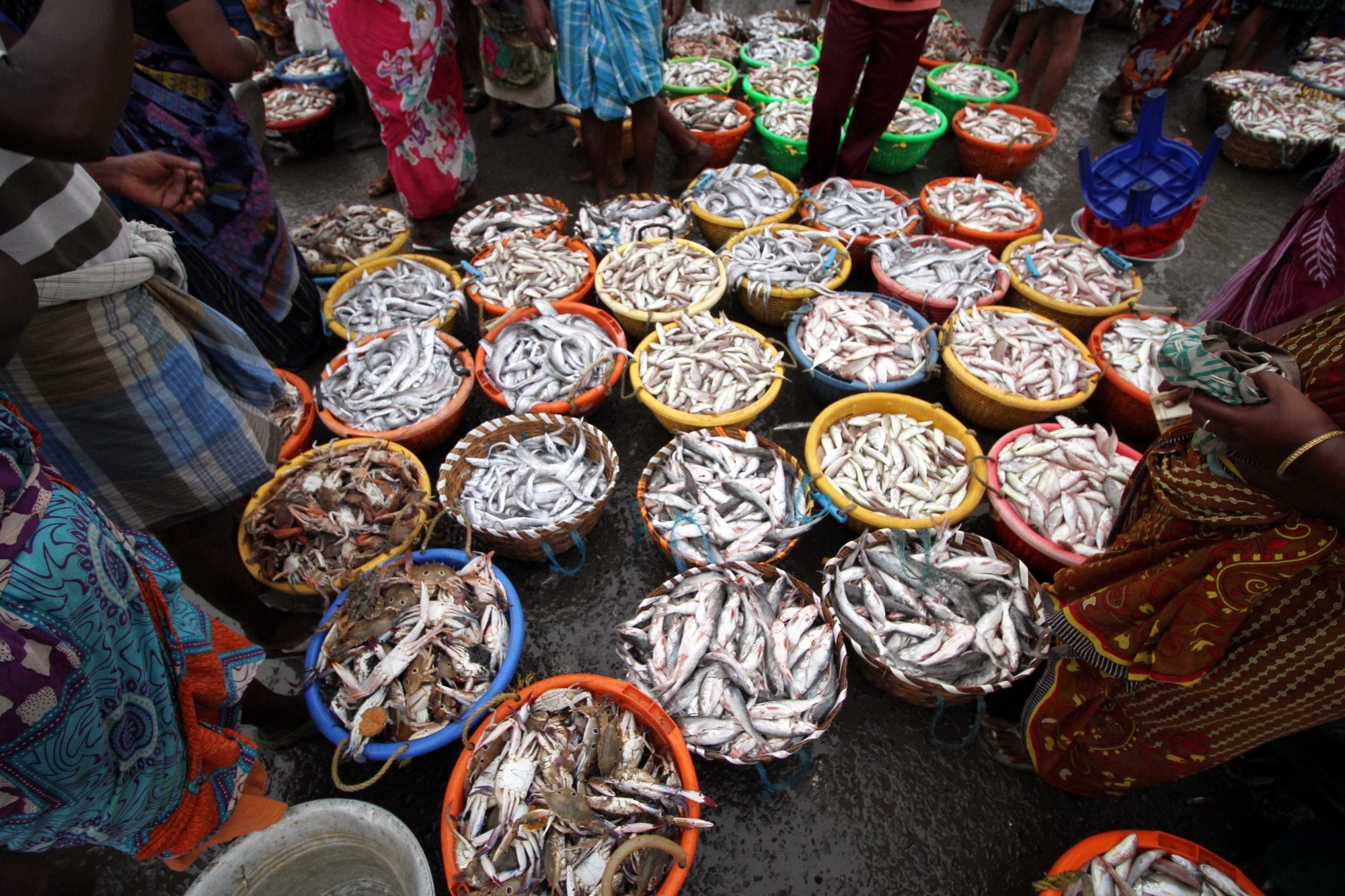 Popular seafood species in sharp decline around the world: Study

Fish market favourites such as orange roughy, common octopus and pink conch are among the species of fish and invertebrates in rapid decline around the world, say researchers.

In the study, published in the journal Estuarine, Coastal and Shelf Science, the research team assessed the biomass–the weight of a given population in the water–of more than 1,300 fish and invertebrate populations. They discovered global declines, some severe, of many popularly consumed species.

“This is the first-ever global study of long-term trends in the population biomass of exploited marine fish and invertebrates for all coastal areas on the planet,” said study lead author Maria Palomares from the University of British Columbia in Canada.

“When we looked at how the populations of major species have been doing in the past 60 years, we discovered that, at present, most of their biomasses are well below the level that can produce optimal catches,” Palomares added.

To reach their findings, the researchers applied computer-intensive stock assessment methods known as CMSY and BSMY to the comprehensive catch data by marine ecosystem reconstructed by the ‘Sea Around U’s for the 1950-2014 period.The greatest declines in stocks were found in the southern temperate and polar Indian Ocean and the southern polar Atlantic Ocean, where populations shrunk by well over 50 per cent since 1950.

While much of the globe showed declining trends in fish and invertebrates, the analysis found a few exceptions. Of the populations analysed, 82 per cent were found to be below levels that can produce maximum sustainable yields, due to being caught at rates exceeding what can be regrown.

Of these, 87 populations were found to be in the “very bad” category, with biomass levels at less than 20 per cent of what is needed to maximize sustainable fishery catches. This also means that fishers are catching less and less fish and invertebrates over time, even if they fish longer and harder.While much of the globe showed declining trends in fish and invertebrates, the analysis found a few exceptions.

“One of these was the Northern Pacific Ocean where population biomass increased by 800 per cent in its polar and subpolar zones, and by about 150 per cent in its temperate zone,” the study authors noted.