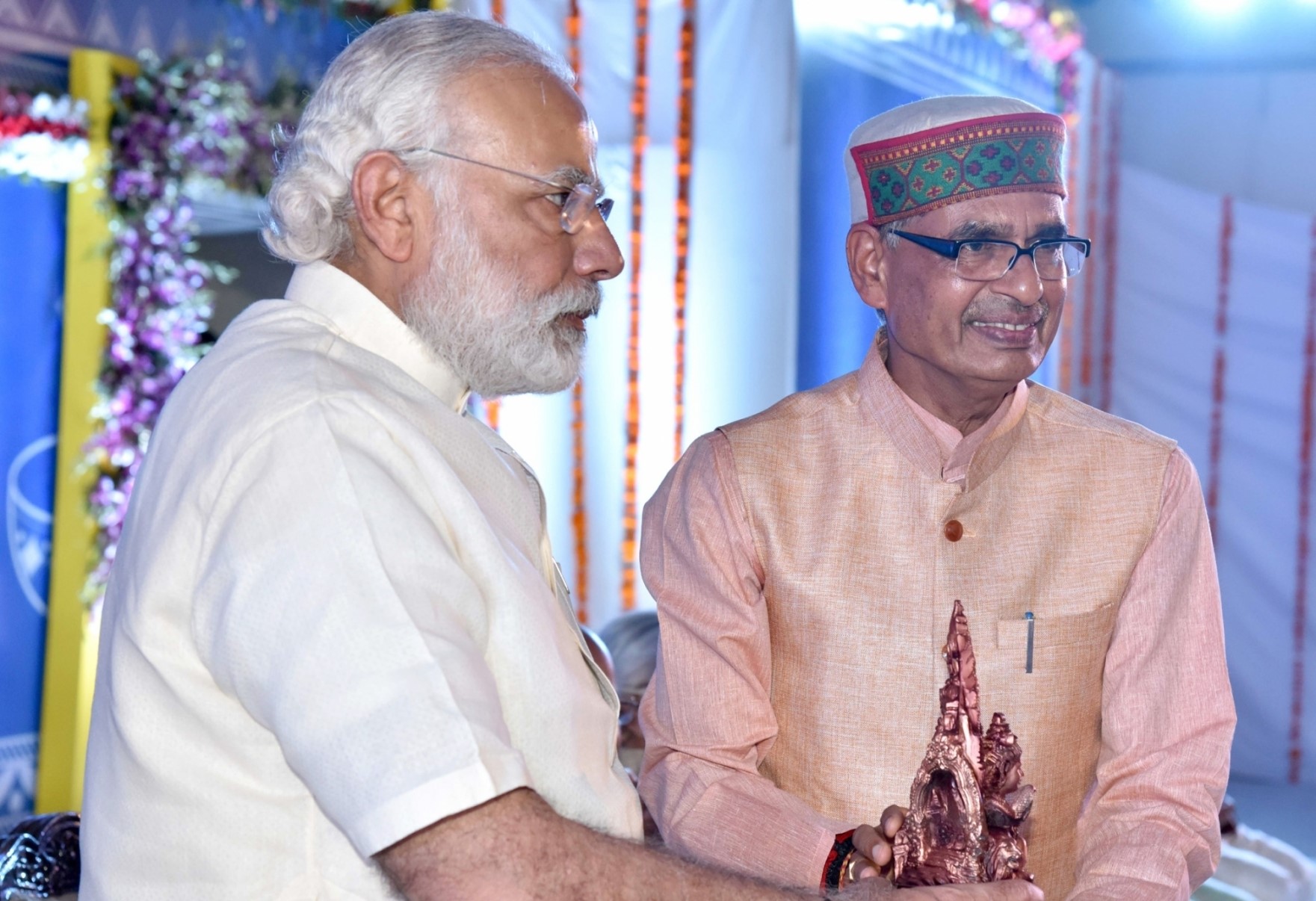 Ujjain: Prime Minister Narendra Modi being presented a memento by the Madhya Pradesh Chief Minister Shivraj Singh Chouhan, at the International Convention on Universal Message of Simhastha, in Ujjain on May 14, 2016. (Photo: IANS/PIB)
Diaspora
·January 10, 2023

Pravasi Bharatiya Divas: Many NRIs failed to get entry into venue for inaugural session

Bhopal, Jan 10  The Madhya Pradesh government hosted India’s 17th ‘Pravasi Bharatiya Diwas’, which was attended by hundreds of representatives from several foreign countries and the Indian diaspora, and was addressed by Prime Minister Narendra Modi in Indore on Monday.

Modi addressed the gathering of NRIs and the representatives of business firms, appealing to them to understand the values of India in depth and spread in the countries they were living.

The Prime Minister asserted that “for me, all Indian-origin citizen and their families living all over the world are brand ambassadors of India”.

Hundreds of NRIs and people associated with business firms had arrived in Indore in the last two days while many reached on Monday as well. They wanted to attend the gathering to listen to Modi at the venue. However, many of them were disappointed due to the shortage of space at the venue.

Some of those allegedly denied entry for the inaugural session at the venue (as they claimed), were seen expressing their disappointment and questioning the arrangements.

Due to the lack of space inside the hall, they were told by the staff that they should listen to Prime Minister Modi’s address on TV or watch it on phone through a live video link.

“If we had to watch Modiji speak on TV or phone only, why did we fly so far from the US to Indore,” said a fuming Julie Jain from the US.

“We came all the way from the US to hear Prime Minister Modi address the Indian diaspora, but once at the entry of the venue of the inaugural session at 8.30 a.m. (around two hours before the PM actually arrived), we were told by the on-duty staff, that the space inside was full. We have invited guests, who had registered in advance for this main event,” she added.

Veena Singh, who arrived from the UK, too, remained dejected after failing to get an entry inside.

“We were here to listen to Modiji from as close as possible and arrived by 9 a.m, still we were denied entry into the venue of the inaugural session. Is this actual ‘Atithi Devo Bhava’?”

Prashant Singh, an overseas Indian from Jamaica, too, was peeved over failing to get entry to hear Prime Minister Modi speak.

“It wasn’t me only, but ministers from Jamaica, who weren’t allowed entry inside. If you can’t even manage 3000 guests, then how can you even dream of becoming a superpower? Overseas Indian guests have been waiting outside, while officials of the government were sitting inside.”

Madhya Pradesh Chief Minister Shivraj Singh Chouhan, however, apologized and tried to pacify the angry guests while addressing the occasion in the presence on Prime Minister Modi, several Union Ministers, and Governor Mangubhai C. Patel along with his cabinet ministers.

Shivraj Singh said, “The hall might have fallen short of space, but there is boundless love and respect for you in my heart.”

Talking to IANS, officials claimed the delegates were clearly told in advance about 8 a.m. being the deadline for entry into the venue of PM’s programme, but still many arrived late.