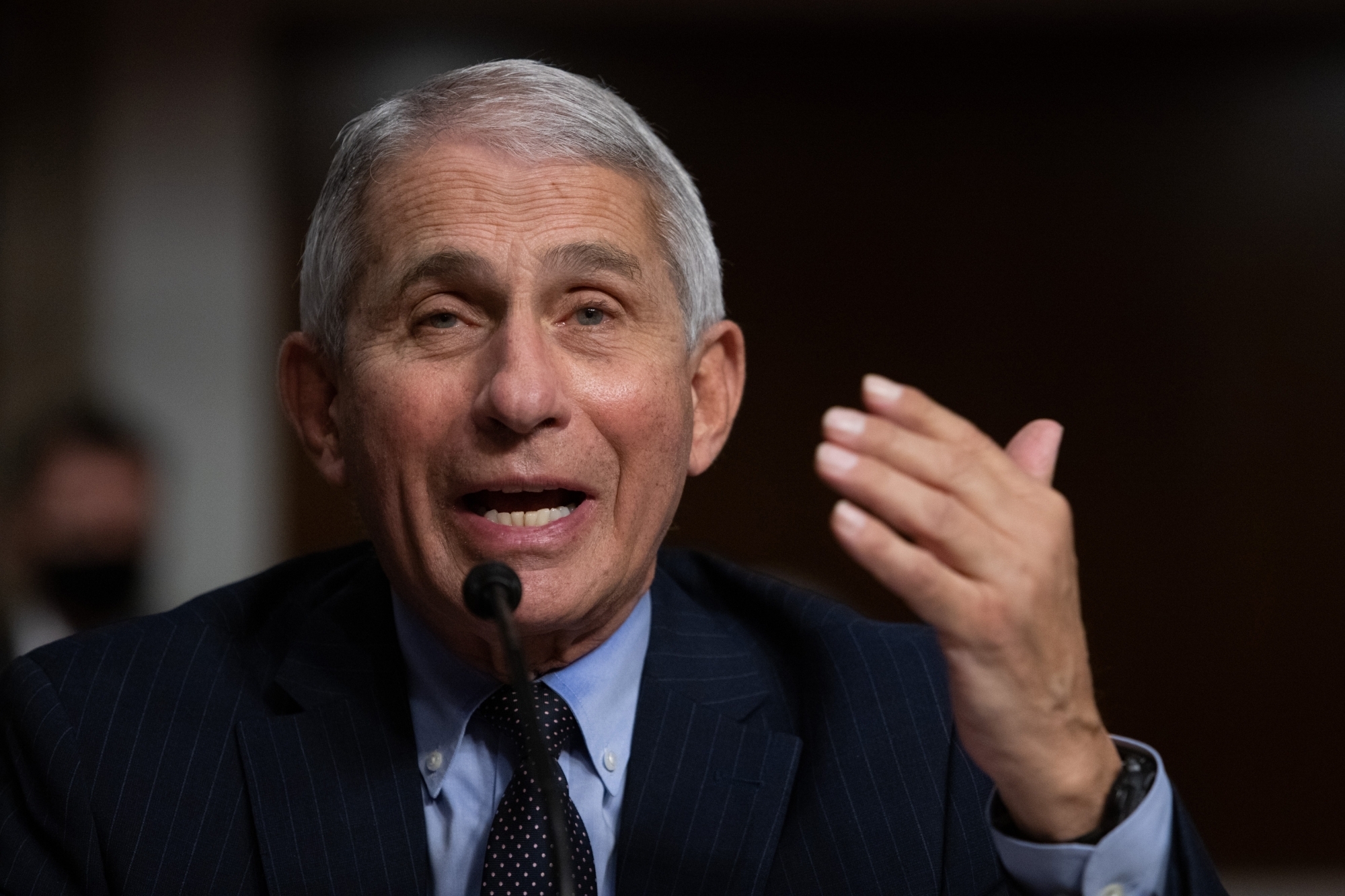 Washington, Sept. 23, 2020 (Xinhua) -- Anthony Fauci, director of the U.S. National Institute of Allergy and Infectious Disease, testifies during a hearing of U.S. Senate Committee on Health, Education, Labor, and Pensions in Washington, D.C., the United States, on Sept. 23, 2020. Anthony Fauci attended the hearing on Wednesday and warned of the long-term effects that disease might have on those infected. (Graeme Jennings/Pool via Xinhua/IANS)
International News
·October 13, 2020

Washington, Oct 13 Anthony Fauci, America’s top infectious disease expert, has said that the re-election campaign of US President Donald Trump should take down a new political ad that features his remarks, according to media reports.

In the 30-second ad titled “Carefully”, which was released on October 10, a narrator notes Trump’s recovery from Covid-19 and includes a clip of Fauci, where he says: “I can’t imagine that anybody could be doing more,” The Hill news website reported.

In a CNN interview on Monday, Fauci, director of the National Institutes for Allergies and Infectious Diseases, said: “I think it’s really unfortunate and really disappointing that they did that. It is so clear that I am not a political person, and I have never either directly or indirectly endorsed a political candidate.

“To take a completely out-of-context statement and put it in what is obviously a political campaign ad, I thought, was really very disappointing.”

Fauci’s remarks on Monday came a day after he issued a statement to CNN in which he said: “The comments attributed to me without my permission in the Republican campaign ad were taken out of context from a broad statement I made months ago about the efforts of federal public health officials.”

According to the top expert, his remarks in the ad were taken from a Fox News interview in March during which he touted the response of the White House coronavirus task force.

But reacting to Fauci’s statement on Monday, Trump campaign communications director Tim Murtaugh defended the use of the video, saying: “These are Fauci’s own words. The video is from a nationally broadcast television interview in which Fauci was praising the work of the Trump administration.

“The words spoken are accurate, and directly from Fauci’s mouth. As Fauci recently testified in the Senate, President Trump took the virus seriously from the beginning, acted quickly, and saved lives.”