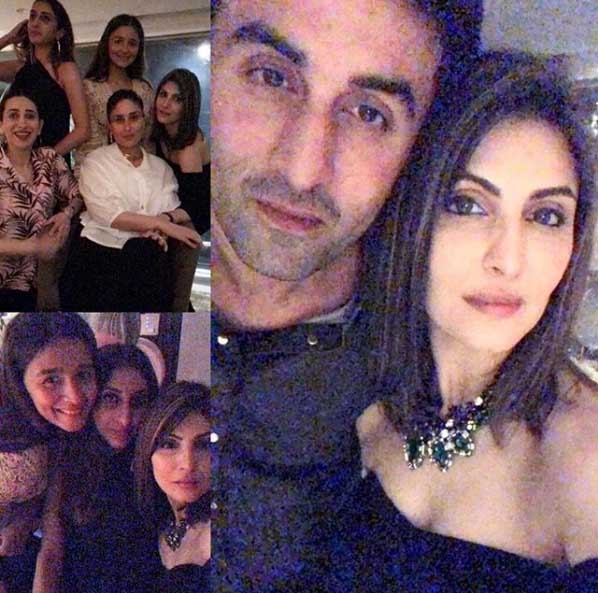 It was a fam-jam at Neetu Kapoor’s house, where Kareena Kapoor Khan with husband Saif Ali Khan, Ranbir Kapoor with Alia Bhatt and Karisma Kapoor were present.

Sharing a glimpse of her birthday celebrations, Riddhima took to Instagram and posted several pictures and videos of the party.

Among the videos was one where her brother Ranbir and Alia are seen dancing to the evergreen disco hit, “Aap jaisa koi”, originally from the 1980 superhit, “Qurbani”, along with her mother Neetu Kapoor, her husband Bharat Sahni and other relatives.

After the bash, sisters Kareena and Karisma took to Instagram and posted birthday wishes for Riddhima.

Kareena walked down the memory lane and uploaded a throwback picture of their late grandfather Raj Kapoor posing with his three granddaughters — Riddhima, Karisma and Kareena.

“Sister sledge Happy birthday beautiful Ridz @riddhimakapoorsahniofficial,” Kareena captioned the image, in which we see Raj Kapoor holding little Kareena and Riddhima in his arms. Karisma stands next to him, with her hands around his neck.