BDC News
Mumbai, April 28 (IANS) Actress Richa Chadha, who will soon be seen in Omung Kumar’s biopic “Sarbjit”, says real life interests her more than a film.
“Sarbjit” is based on the life of Indian farmer Sarabjit Singh, who strayed into Pakistan, was convicted of terrorism and spying in Pakistan and sentenced to death.
“I am more interested in real life than a film. Therefore, when a film is made from real life incidents that seems to be more exciting for me. I am lucky to have that opportunity to portray a real life character as Sarabjit’s wife,” she said at the launch of the song “Tung lak” from “Sarbjit” on Thursday.
“Sukhpreet Kaur (Sarabjit’s wife) isn’t a famous character. Although, I did not have to learn the body language, mannerism for the role as Randeep (Hooda) had to. However, mentally, I had to prepare myself a lot. I take a lot of interest in preparing such kind of roles but as an actor, I would love to portray both, real character or fictional,” she added.
Unlike her character Nagma Khatun in “Gangs of Wasseypur”, Richa says her character in “Sarbjit” is a subdued wife. “The only similarity is that, in both the films the characters are ageing as the film proceeds. While my role in ‘Gangs of Wasseypur’ is a fiery, outspoken and a loud woman, here, I am a silent housewife whose husband isn’t present at home. She has to take the entire responsibility of her in-laws and her child. Sukhpreet is lively at first and gradually changes when she faces tragedy in her life.”
Besides, Richa, Aishwarya Rai Bachchan will be seen essaying the role of Sarabjit’s sister Dalbir Kaur in the film and Randeep Hooda as Sarabjit.
The film is set to release on May 20.
--IANS
sms\rm
(This story has not been edited by BDC staff and is auto-generated from a syndicated feed from IANS.)
Writers are welcome to submit their articles for publication. Please contact us through Contact Us in the Menue 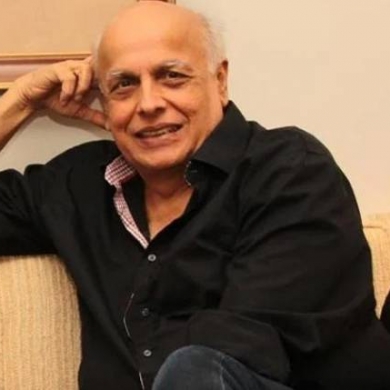 THE MESSIAH OF HOPE OR PROPHET OF DOOM ?