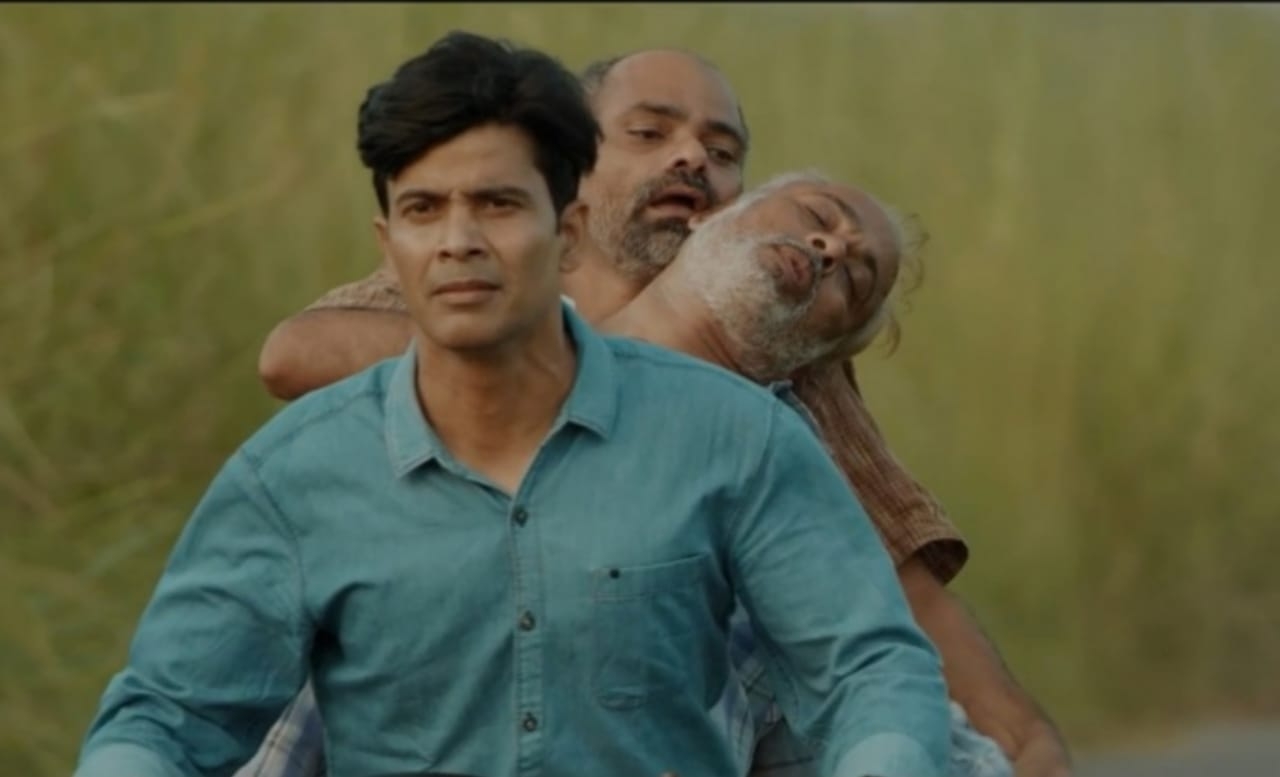 Review: ‘Andaman’: A simple yet powerful film emerging from the chaos of the pandemic (Rating: ****)

Led by stellar performances and astutely helmed by debutante director Smita Singh, ‘Andaman’ is an empathetic portrayal of life in rural India during the lockdown induced by the Covid-19 pandemic. This quarantine-centered drama is a simple yet powerful film depicting the trials and tribulations of a man of integrity.

The title ‘Andaman’ is used as a metaphor for the remoteness and isolation of its cinematic universe, which is set in the underprivileged and remote village of Bhulanpur in Madhya Pradesh.

The man in focus is Abhimanyu Pratap (Anand Raaj), an IAS aspirant, who while working as Panchayat Secretary in Bhulanpur, is made the “In-charge” of its quarantine centre. How he with the help of Jhallu (Jay Shankar Pandey), a labourer whom he affectionately calls ‘Pradhan’ (chief), deals with the local population to rein in the pandemic, forms the crux of the narrative.

The film tells us about Abhimanyu’s struggle and it also subtly exposes life during the period, people’s ignorance and affiliation to the ‘WhatsApp University’, and the caste and social system prevailing in the region. Singh chooses a different key to tell the story, less fable and more absurdist or satirical humour to keep the audience engaged.

The first half of the narrative is slow-paced, making you absorb what its sparse universe has to offer. By mid-point, the narrative picks up momentum with the dramas unravelling at the quarantine centre. This keeps you hooked to its very end.

Mounted with a professional cast who are well-versed with the ironic social nuances, the film has the actors slipping into their roles, delivering effortless performances.

Leading the tribe is Anand Raaj, who is both despondent and endearing in the lead as Abhimanyu Pratap. With his poker face, he revs up the figure of a rigidly honest young civil servant.

As Panchayat Secretary, he is made to know his position in the hierarchy. “Work within the system, for those who work out of the system are thrown out of their jobs,” he is warned by the District Magistrate. And you root for him when the tables turn.

Sanjay Mishra and Rajesh Tailang in insignificant roles are there to support this indie film.

Overall, the film made with moderate production values is worth more for its conception and execution than for its ideological discourse or social agenda. It is a brilliant piece of work that seems to have emerged from the chaos of the pandemic.