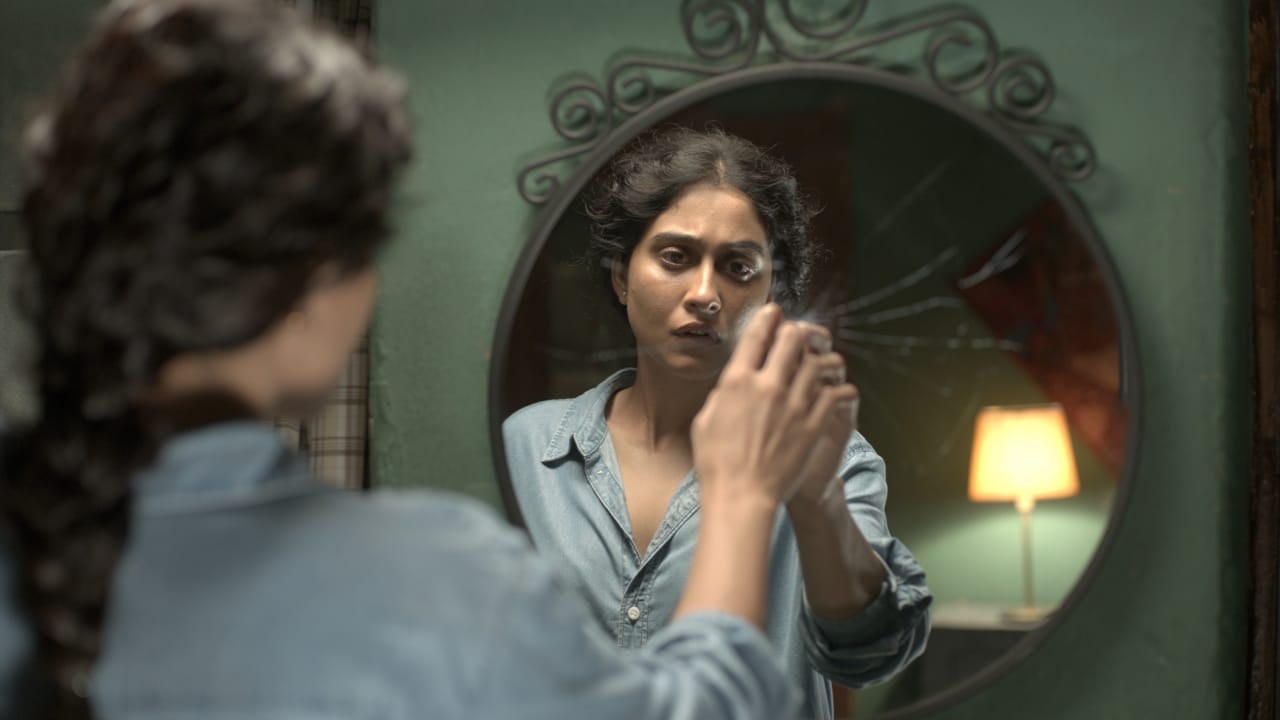 Review: Anya’s Tutorial: Cyber horror tale of two sisters and demons of their past (Rating: **1/2)

Duration: 30 minutes per episode (seven episodes in all).

The paranormal overtakes cyberspace in this tale of two sisters battling the demons from their troubled childhood with an evil spirit in the wings. ‘Anya’s Tutorial’ released in Telugu and Tamil on OTT platform Aha, is the story of Lavanya aka Anya who sets out to become a social media influencer.

Living all alone in a flat, Anya is also the lone inhabitant of the entire apartment building. She starts streaming make up tips online only to find that an apparition behind her is stealing the show. Set in covid lockdown times, Anya’s tutorial soon becomes the talk of the town. Even as Anya tries to cope with the situation, she is caught up in a simmering relationship with her elder sister Madhu.

It’s a good thing that the makers decided to stream seven episodes initially. Although initially snail-paced, the twists and turns in the tale make the story interesting as it progresses through the episodes. It’s evident that more episodes are in the offing.

Produced by Arka Media, the team behind Bahubali, Anya’s Tutorial brims with good production values, right from cinematography to special effects and the music.

The story and screenplay by Soumya Sharma, however, seem too cluttered and keeps zig-zagging between the past and present, cyberspace, the supernatural and the outside world. It gives the impression that the idea was to stuff as many angles or topics into the storyline.

Although a bit shaky in the initial episodes, the director Pallavi Gangireddy soon has the show moving. But the fact remains that too many changes in scene will require the full attention of the viewer to stay on track.

Casting for the movie is a plus point. Nivedhithaa Satish as Anya lives her role and makes it look effortless, even in contrived situations. Regina Cassandra as Madhu has done a good job while other characters come in and go making it difficult to really keep track.

All in all, with its slick production values and horror factor, Anya’s Tutorial despite its sedate pace should appeal to horror buffs.