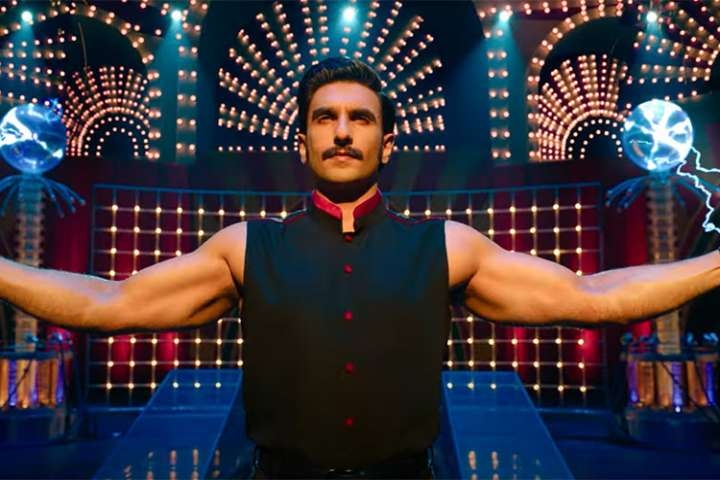 ‘The Bard of Avon’ can never go wrong. The timeless Shakespeare, 400-plus years after he entertained Queen Elizabeth I and her courtiers, continues to resonate in different ways with each generation. And his ‘Comedy of Errors’ has been a favourite of Bollywood filmmakers.

After Kishore Kumar’s ‘Do Dooni Chaar’ and Sanjeev Kumar’s ‘Angoor’ and a few other forgettable adaptations, comes Rohit Shetty’s ‘Cirkus’, featuring Ranveer Singh playing two sets of identical twins who are accidentally separated at birth. Sadly, though, Bollywood is as bad at adapting as it is at conceiving fresh ideas.

So, what does the film have to offer? Old gags, insufferable jokes, bad acting and a plot that just doesn’t take off. Even when writers Farhad Samji, Sanchit Bedre and Vidhi Ghodgaonkar attempt to Indianise the much-amended tale, there’s nothing out there in terms of a creative twist in this over-two-hour-long film.

Twins Roy and Roy (Singh) and Joy and Joy (Sharma) get separated at birth. Coincidentally, the two pairs get adopted by two different sets of parents — one Roy is deliberately paired with another Joy and the other Roy with the other Joy in Ooty and Bengaluru, respectively.

From the basic premise, this should have been a laugh riot as the identical twins who live in different cities come together and mistaken identity causes a host of ludicrous situations. The two sets of twins run into each other several years later, when they are coincidentally in the same town. Needless to add, misunderstandings reign supreme when people mistake one for the other.

One Roy works in a circus and is unaffected by electric currents, causing much awe and laughter among the audience. His act of holding naked electric wires has everyone enthusiastically applauding him for an encore. He earns his living professionally, but whenever his body touches an electric wire, his twin in another city feels the shock as the current flows through his tissues.

Short of getting electrocuted, the twin brother experiences the severity of the shock to such an extent that whoever comes in contact with him, feels it too. Now, that could have led to not one but numerous funny moments.

And though the writers do their best to introduce characters, such as the mothers (Ashwini Kalsikar and Sulabha Arya) and girlfriends Mala and Bindu (Hegde and Fernandes) to add to the mix-ups, chaos and disorder, all we have are pathetic example of poor writing skills and excruciatingly unbearable situations, so much so that even the gifted Ranveer Singh can barely salvage the film. His character repeats himself so often that he probably didn’t have to memorise his lines — nor did he get any opportunity to deliver a dialogue impulsively.

From among the ensemble cast, which is comprised of veterans Tiku Talsania, Vrajesh Hirje, Mukesh Tiwary, Brijender Kala, Sanjay Mishra and Johny Lever, not one of them has a scene that could be described as hilarious, comical or mildly amusing.

Shetty, who has specialised in a certain kind of humour in superhits such as ‘Singham’, ‘Golmaal’ and ‘Chennai Express’, fails miserably in raising laughs. The only thing that works for the film is Deepika Padukone and Ranveer Singh’s sudden impromptu jig to ‘Current laga re’.

That’s the only ‘paisa vasool’ part of the film, which must go down as a massive wasted opportunity.