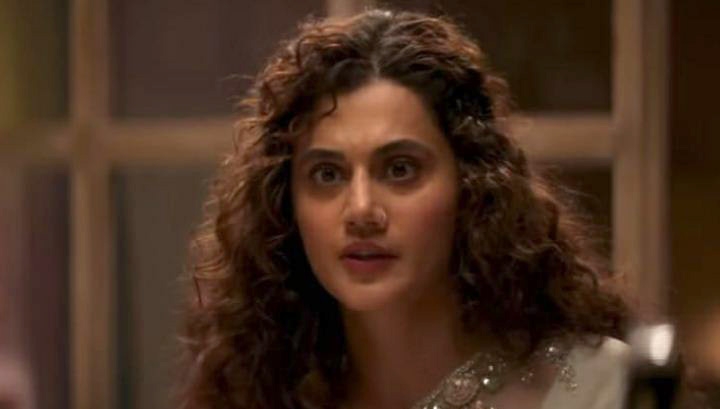 Anurag Kashyap has returned ‘dobara’ (once again) with ‘Dobaaraa’, two years after his last streaming movie ‘Choked’ on Netflix. The film not just marks his reunion with his ‘Manmarziyaan’ actress Taapsee Pannu, but also marks his return to the genre of thrillers, his last outing being the Vicky Kaushal and Nawazuddin Siddiqui-starrer ‘Raman Raghav 2.0’.

The film is an official remake of the Spanish mystery-drama film ‘Mirage’.

Kashyap, who is known for his offbeat stories, doesn’t miss a beat in the film as he sketches up a fine thriller that will keep you hooked till the last frame and will linger in your thoughts long after you have stepped out of the cinema.

The treatment rendered to the film is such that you have to be heavily invested as a viewer, for the devil lies in the details. The film tells the story of a nurse, Antara Vashisht (played by Taapsee Pannu), who saves a child named Anay from impending death by accessing and altering the events in the past through a television.

This is also where it gets interesting. The changes in past occurrences have their repercussions on Antara’s present and future, as both get altered, a phenomenon is known as the ‘Consistency Paradox’ in Physics, which is conveniently ignored in the majority of films that deal with time travel.

The film requires active audience participation as it traverses tricky alleys of four different timelines, each affected by one other, much like a butterfly effect.

Kashyap is able to both narrate a stellar story and flesh out his characters within two hours and 12 minutes (2:12, ‘do-baarah’, don’t miss the wordplay!). And there’s not a single dull moment in the film.

The maker moonwalks through the four timelines without missing out on anything. He sets into motion a domino effect with what can be described as a “glitch in the matrix”. As the film progresses, each domino tile does its job, thereby putting together the puzzle that ‘Dobaaraa’ is.

With ‘Dobaaraa’, Kashyap reminds the audience why he is a fine writer and an even better filmmaker.

Kashyap’s storytelling is ably supported by his cast. Taapsee, who leads the pack, blends into the film’s universe completely. You get to see a new side of her as an actress.

Rahul Bhat, who plays Taapsee’s husband in the film, and has reunited with Anurag after the disturbingly dark ‘Ugly’, does a fabulous job. He makes you hate the character with his perfectly sketched indifference and antics.

Pavail Gulati, as a sensible and compassionate cop, too, does a competent job. Behind an innocent face, the actor holds the tremendous power to emote without letting out too much, as is demanded of his character.

Sukant Goel, who played an unnamed character in Dibakar Banerjee’s short in ‘Ghost Stories,’ has the least screentime out of all, but he pulls off a remarkable act. The actor is a delight to watch on.

Like all Kashyap films, the background score is impressive, though it occasionally sounds like the theme of ‘Stranger Things.’

Sylvester Fonseca beautifully captures the intricacies of the story through his lenses. There’s an instance in the film that puts up the classic 4:3 aspect ratio of television using the frame-in-frame technique. You can actually sense the director and cinematographer working in tandem like the pieces of a well-wound-up clock.

The production design team isn’t behind. The props bring out the essence of the mid-1990s and make you revisit an era gone by in your head.

Overall, ‘Dobaaraa’ is a must-watch for anyone who enjoys good cinema. Will ‘Dobaaraa’ be the second breakout moment for Anurag after ‘Gangs of Wasseypur’? Or will it emerge as a sleeper hit, much like his earlier films? These questions will be answered in the weekend ahead.