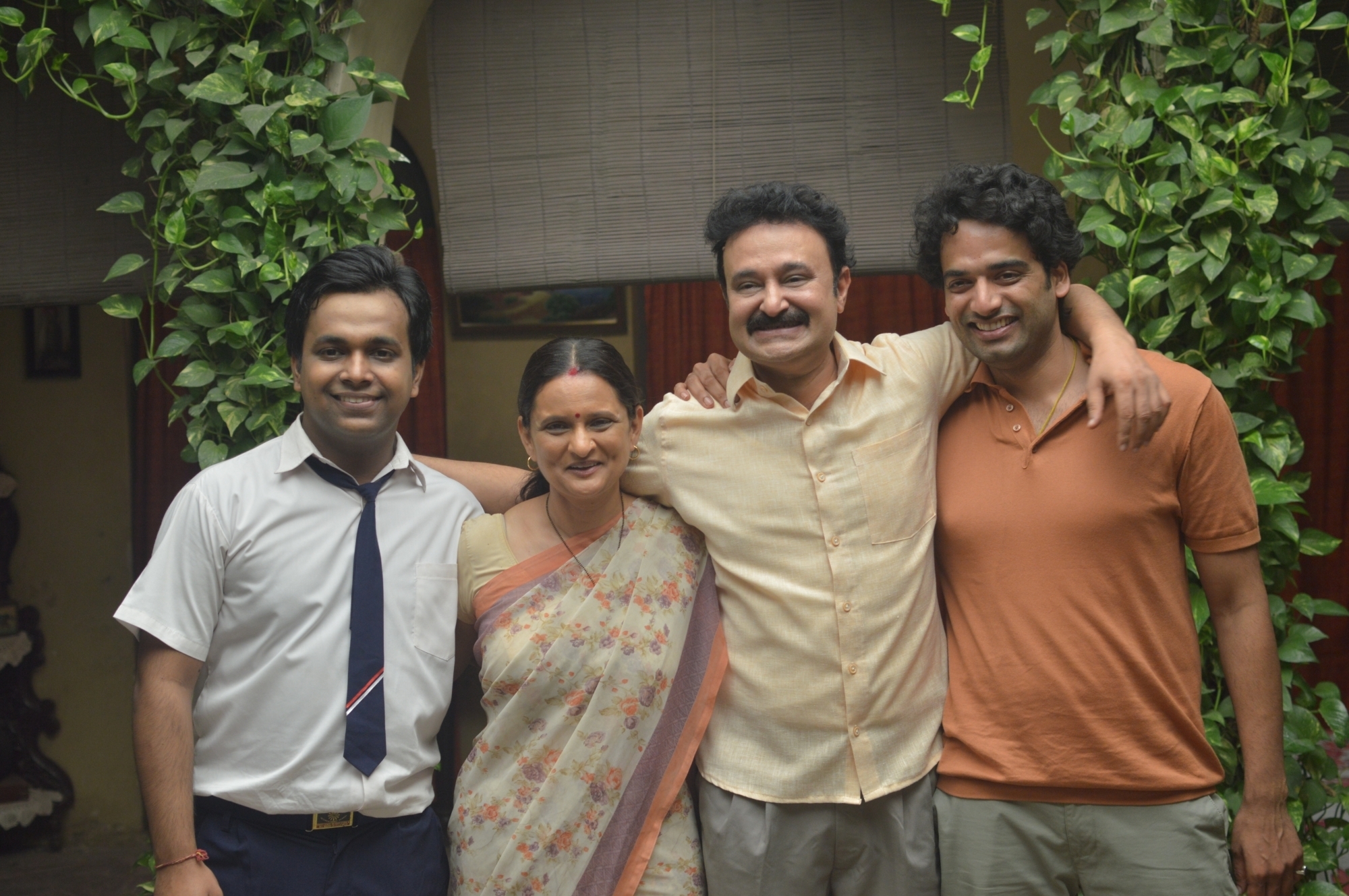 Probably every middle-class household in India relates to the ‘Gullak,’ an earthenware piggybank, where money in small denominations, is kept aside, saved for a rainy day,

Similar to this earthenware piggybank, this feel-good, slice-of-life series is a collection of everyday experiences of the Mishra’s living in a small town in Northern India. It evokes an old-world charm, albeit in a modern Indian nuclear family.

The family consists of – Santosh Mishra (Jamel Khan), an employee at the Electricity Department, his wife Shanti (Geetanjali Kulkarni), older son Anu (Vaibhav Raj Gupta), who works in a private firm as a Medical Representative, and younger son Aman (Harsh Mayar) who has just finished high school with good grades.

Each episode is packed with light-hearted daily banter that occurs in the household where dreams, desires, and aspirations of every member of the family are discussed threadbare, despite hardships and difficulties.

In ‘Mission Admission,’ Aman, who has just passed with flying colours in his Higher Secondary Exams, is forced to study Science forms the crux of this episode.

In ‘LTA’ – Santosh Mishra is reminded that his allowance is due and how his family nags him for not going on a holiday consumes this episode.

In ‘Agua’ – We are told how Santosh Mishra was a good Samaritan during his younger days when his childhood friend comes over with his daughter Furtili to his house to get her married to a boy who lives nearby. Will he succeed in getting Furtili married? Keeps you hooked.

In ‘Satyanarayan Vrat Katha,’ office politics and religious traditions take the forefront. In ‘Izzat ki Chamkaar,’ we witness Santosh, getting suspended from work for not actively participating in the union activities. He takes it and suffers a stroke. When the tragedy strikes, how the family is thrown together, drawing strength from each other, wraps up this series.

Each episode is a poignant and uplifting tale of family bonding and ultimately shows what each one of them is willing to do for the other.

With crisp and natty dialogues and light-pacing, there is something in the series that touches the right chord of your heart.

The series largely hinges around the talented and competitive ace actors who are earnest and natural in their demeanour. The casting is near perfect, and the performance of the lot is realistic. With palpable on-screen chemistry- and exceptional delivery, they make their roles relatable and induce nostalgia.

The series bost of moderate production values by designer Mayur Tripathi, and on the whole, it is efficiently shot by cinematographer Shiv Parkash. The visuals, along with the soundtrack by Anurag Saikia, are astutely layered by editor Gourav Gopal Jha.

Overall, ‘Gullak’ Season 3 is a subtly delightful series and most of all, unexpectedly moving.