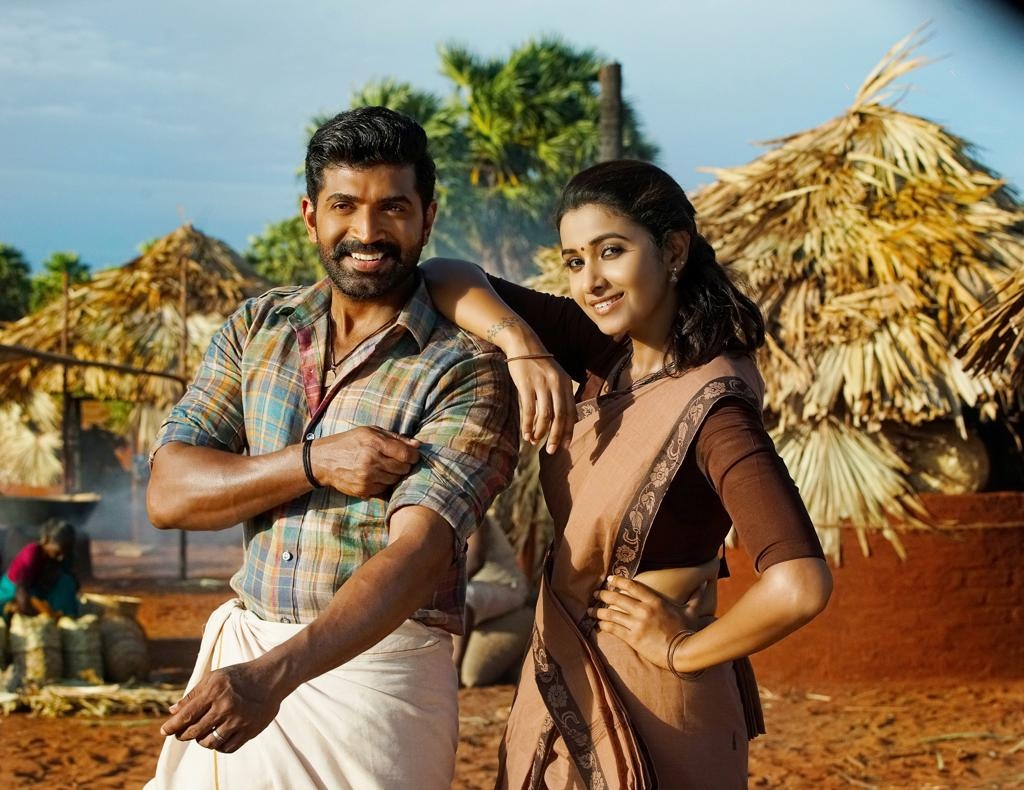 Review: Hari’s ‘Yaanai’ delivers on its promise to entertain (Rating: ***1/2)

Director Hari is undoubtedly a master when it comes to making commercial entertainers. He is very good when it comes to narrating family dramas laced with action sequences and he proves it yet again with his latest offering ‘Yaanai’.

You know pretty much what to expect from a Hari film — a close knit adorable family, a notorious goon who is looking to hurt the family in some way just to settle scores with the hero and a powerful hero who looks to protect his family even though some of the other members of his family are not as understanding or affectionate as he is.

Despite knowing fully well that is what the film will offer, one still comes out entertained by the time the film ends and that is exactly where Hari scores as a director.

The central idea is the same, but Hari’s films stand out simply because his narration is fresh and intense and his presentation interesting. These factors make each of his films come across as being different and entertaining. ‘Yaanai’ too is no exception.

The film is a proper commercial entertainer that has as its soul a good, proper script. The film allots space in equal measure to family drama, romance and some really intense action sequences.

The story of ‘Yaanai’ is set in the southernmost tip of Tamil Nadu, where two powerful families, each headed by Samudram (‘Aadukalam’ Jayabalan) and PRV (Rajesh), respectively, are at loggerheads with one another.

Samudram has two sons (twins played by Ramachandra Raji) while PRV has four sons. Of the four, the first three (played by Samuthirakani, Bose Venkat and Sanjeev) are born to his PRV’s first wife while Ravi (Arun Vijay), the fourth, is born to his second wife (Radhika).

Both Samudram and PRV happen to be good friends at one point. But a particular development leaves one of Samudram’s sons killed and the other in prison. An enraged Samudram and his family hold PRV and his family accountable for this loss and seek revenge.

Under these circumstances, trouble erupts inside PRV’s family and Samudram’s son, who has just returned from prison, looks to capitalise on the misfortune that has befallen PRV’s family. Does Ravi manage to thwart the evil designs of Samudram’s son to destroy his family? ‘Yaanai’ gives you the answers to questions like this.

Just like how Hari’s narration and script are a big plus, his casting is also perfect. Arun Vijay as the vociferous but affectionate fourth son delivers a solid performance. Samuthirakani as the eldest brother is equally good and comes up with a spectacular performance that raises the credibility quotient of the film.

One other person whose performance needs to be mentioned is Priya Bhavani Shankar. She makes the character of Jeba Malar look absolutely adorable. The romantic portions between Jeba Malar and Ravi are neat, clean and dignified and are a treat to watch.

On the technical front, G.V. Prakash’s music is mellifluous and Gopinath’s cinematography is breathtakingly beautiful. In particular, Gopinath’s shots of two water bodies being separated by a thin stretch of land are just captivating.

The film in all is just a proper good mass entertainer that delivers!