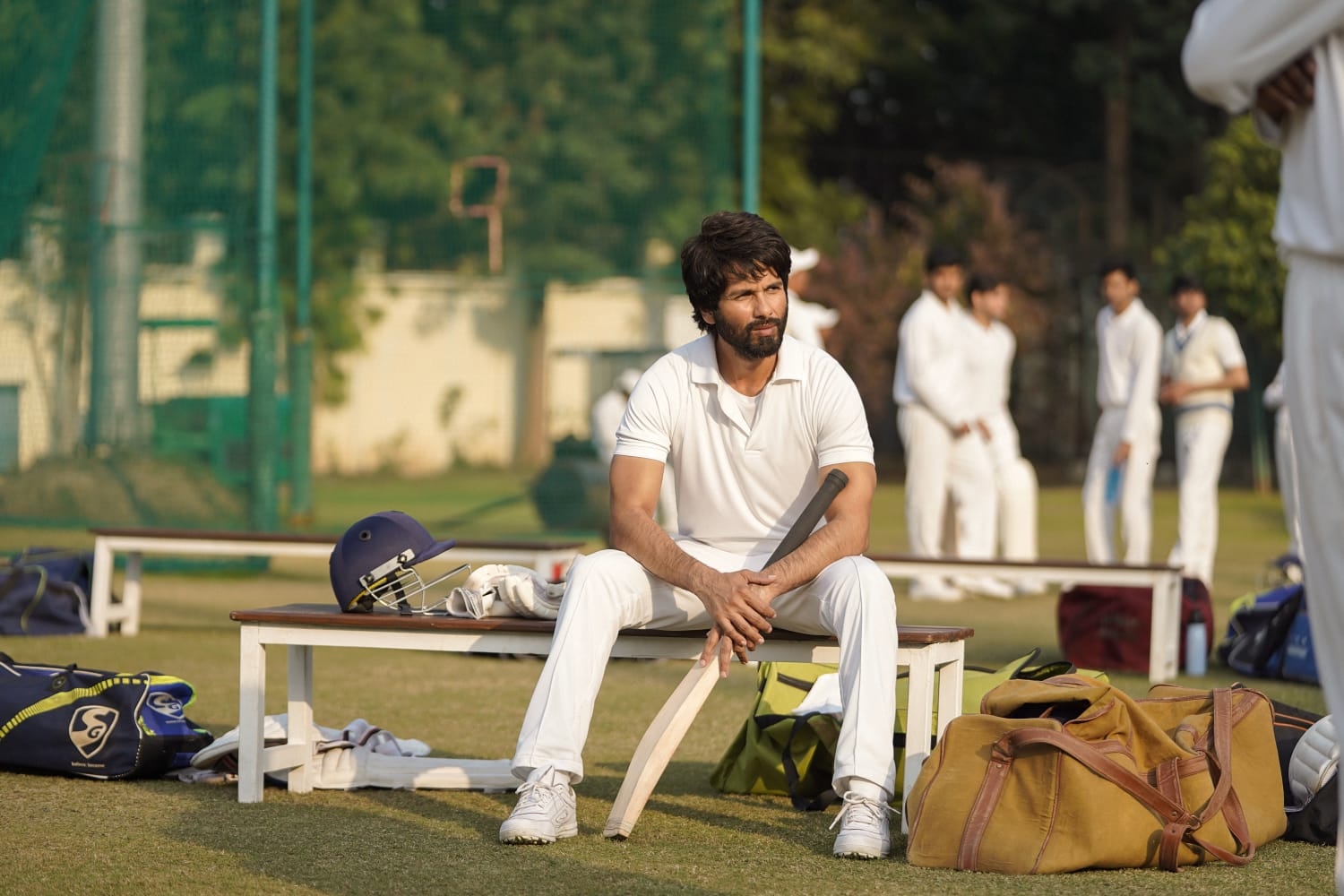 Gowtam Tinnauri’s ‘Jersey’, a remake of a popular Telugu film by the same name, is about the struggle of Arjun Talwar, a gifted cricketer from Chandigarh, Punjab. It is his journey from being a successful batsman who throws in the towel and how, a demand from his son, who hero-worships him, for the Indian jersey on his birthday, which he is unable to fulfil, makes him bounce into the cricket field, at the age of 36 with grit and determination, and earn one for his son, forms the crux of this narrative.

The film is tediously long and delves too much into the intricacies of the cricket matches, although shot beautifully. One is almost transported to the cricket stadium, sometimes needlessly. The thrill and nail-biting excitement of a match are offered in abundance but not necessarily compulsory, as they do not propel the story forward.

The story is narrated in a compelling manner, enough to keep you engaged. Yet, the first half encapsulating his life, romance, and entry as well as exit from cricket, narrated in a non-linear manner feels unduly long.

The film belongs to Shahid Kapoor, who delivers an outstanding performance as the frustrated and helpless Arjun Talwar, who has been written off by everybody. Shahid essays the character with the requisite maturity and restraint, exhibiting his emotions with subtlety, suppressing the raging volcano within.

Pankaj Kapur as Arjun’s coach, mentor, and well-wisher, who believes in his talent, delivers a realistic portrayal, as does the little Kittu (Ronit Kamra), who is expressive and plays Arjun’s son. He is a natural, and the father-son bond is heart-warming.

Mrunal Thakur, as his wife Vidya, delivers her part effectively.

The music complements the film but does not really stand out enough, to leave an impact.

The film is beautifully shot by Anil Mehta, and his lens captures every trace of emotion on Shahid Kapoor’s distraught face with ease, as well as the finer nuances of the cricket matches, making them look larger than life.

The film lacks drama, and except for an unexpected twist at the end it lacks the intrigue factor. There are poignant moments aplenty that tug at your heartstrings and make you empathize with Arjun, but high-octane drama and gripping moments, the plot is devoid of, making the graph of the film appear to be meandering on an even keel.

Director Gowtam Tinnanuri extracts natural performances from each actor and handles the subject astutely but lays undue emphasis on the cricket matches. With a runtime of 174 minutes, the narrative tests your patience, but you hold on.

Overall, ‘Jersey’ is a poignant journey that touches your heart, irrespective of whether you are a cricket fan or not.