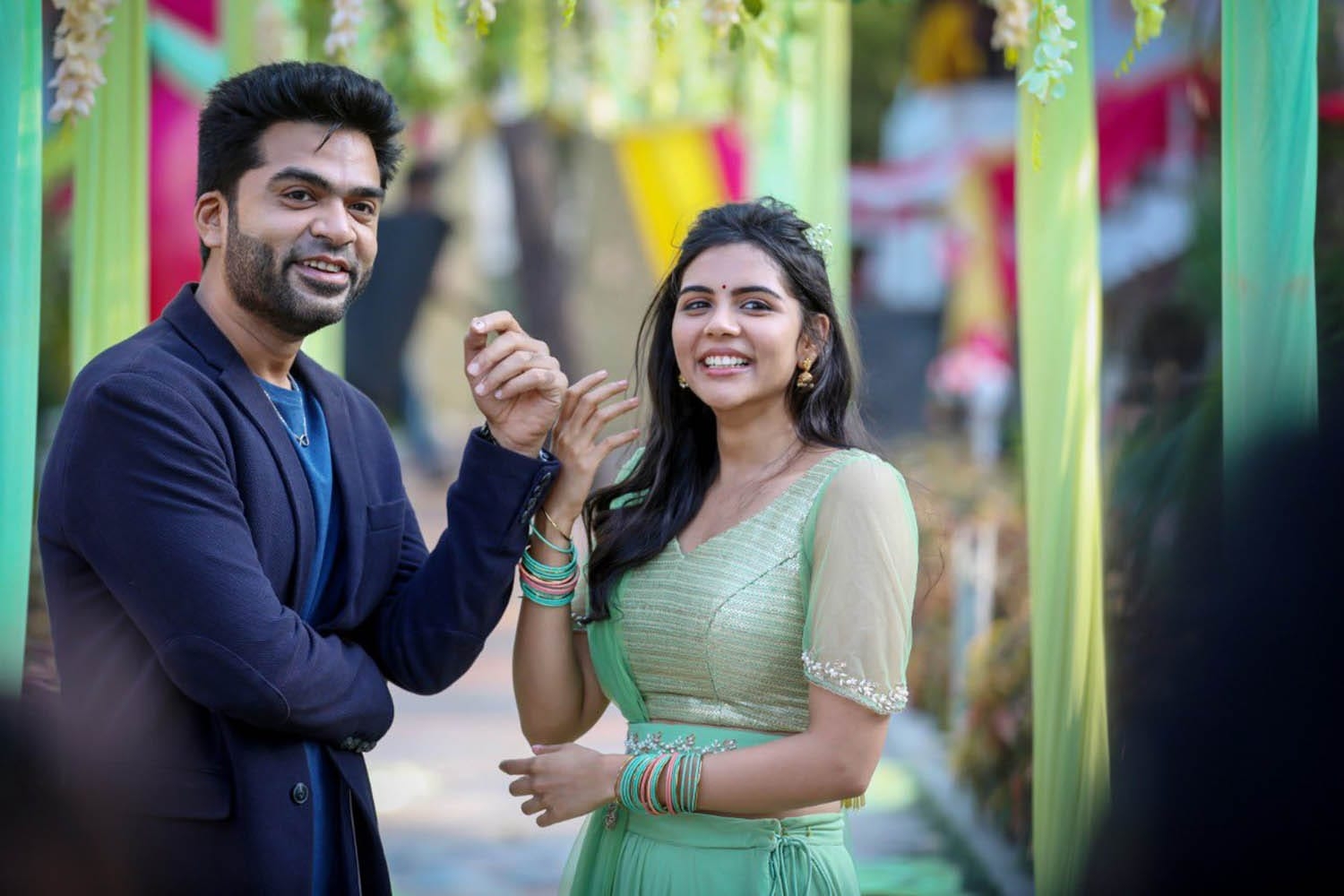 Director Venkat Prabhu seems to have delivered a winner. To his credit, he seems to have managed to make a film that is deeply engaging, despite it having a complex plot that is hard to conceive and difficult to narrate.

The film begins with Abdul Khaliq (Silambarasan) boarding a flight. He sits next to Seethalakshmi (Kalyani Priyadarshan), who he realises is heading to the same wedding that he plans to attend. Her intention is to greet the couple and wish them; Abdul, however, is plotting to help the bride elope with her lover, who’s his friend Moorthy (Premgi Amaran).

As they land in Chennai, Abdul meets his friends Moorthy and Syed (Karunakaran) and all four head to the wedding. On their way, they meet a man named Rafiq (Daniel Annie Pope), who is desperate for help, as he looks to get away from someone pursuing him.

A quick series of developments occur and before Khaliq even realises what is happening, the state’s Chief Minister (S.A. Chandrashekhar) is assassinated while addressing a rally.

Just when a stunned Abdul starts to believe that things can’t get any worse, he gets killed … only to realise he is back in the plane, seated next to Seethalakshmi.

It doesn’t take long for Abdul to realise that he is stuck in a time loop and that every time he dies, the loop begins again from the point he boarded the flight. Abdul decides to use the time loop to his advantage and stop the assassination of the Chief Minister. How he goes about doing it is what ‘Maanaadu’ is all about.

Venkat Prabhu masterfully narrates a time-loop story in such a way that there is no room for boredom. Right from the time Abdul disembarks from the plane, the story picks up pace and there is no looking back. Venkat Prabhu’s narration is so good that you don’t mind sequences being repeated.

The first half all about Khaliq — how the youngster realises that he is in a time loop and how he learns to take advantage of the challenging situation he finds himself in. The second half sees an engrossing battle between Khaliq and Dhanushkodi (S.J. Suryah), the Assistant Commissioner of Police, who is intent on the assassination taking place.

The manner in which both Khaliq and Dhanushkodi think on their feet to outwit each other is immensely enjoyable.

One other reason why Venkat Prabhu must be congratulated is for certain dialogues in the film that show he’s got his priorities in order.

For instance, there is a sequence in which Abdul explains to his friends what is about to happen. While doing so, he stresses on the need to stop the assassination, not only because the Chief Minister is about to die, but more importantly, using this as an excuse, some elements would be painting an entire community black. He says the latter is the bigger problem of the two.

Next, the film has two brilliant performances to offer and both come from the lead artistes. Yes, Simbu and S.J. Suryah come up with sterling performances and match each other move for move. It is as if there is a silent contest going on between the two on who will take the honours for this film.

S.J. Suryah, in particular, is outstanding. His dialogue delivery and mannerisms are so delightful that what could have been a boring sequence eventually ends up being a highly enjoyable one.

Yuvan Shankar Raja’s background score is brilliant. It intensifies the pace of the plot as and when necessary. But the man who deserves the maximum credit is editor K.L. Praveen for having edited a really complex story and making it a comprehensive entertainer.

‘Maanaadu’ is a decent entertainer narrated with great skill.