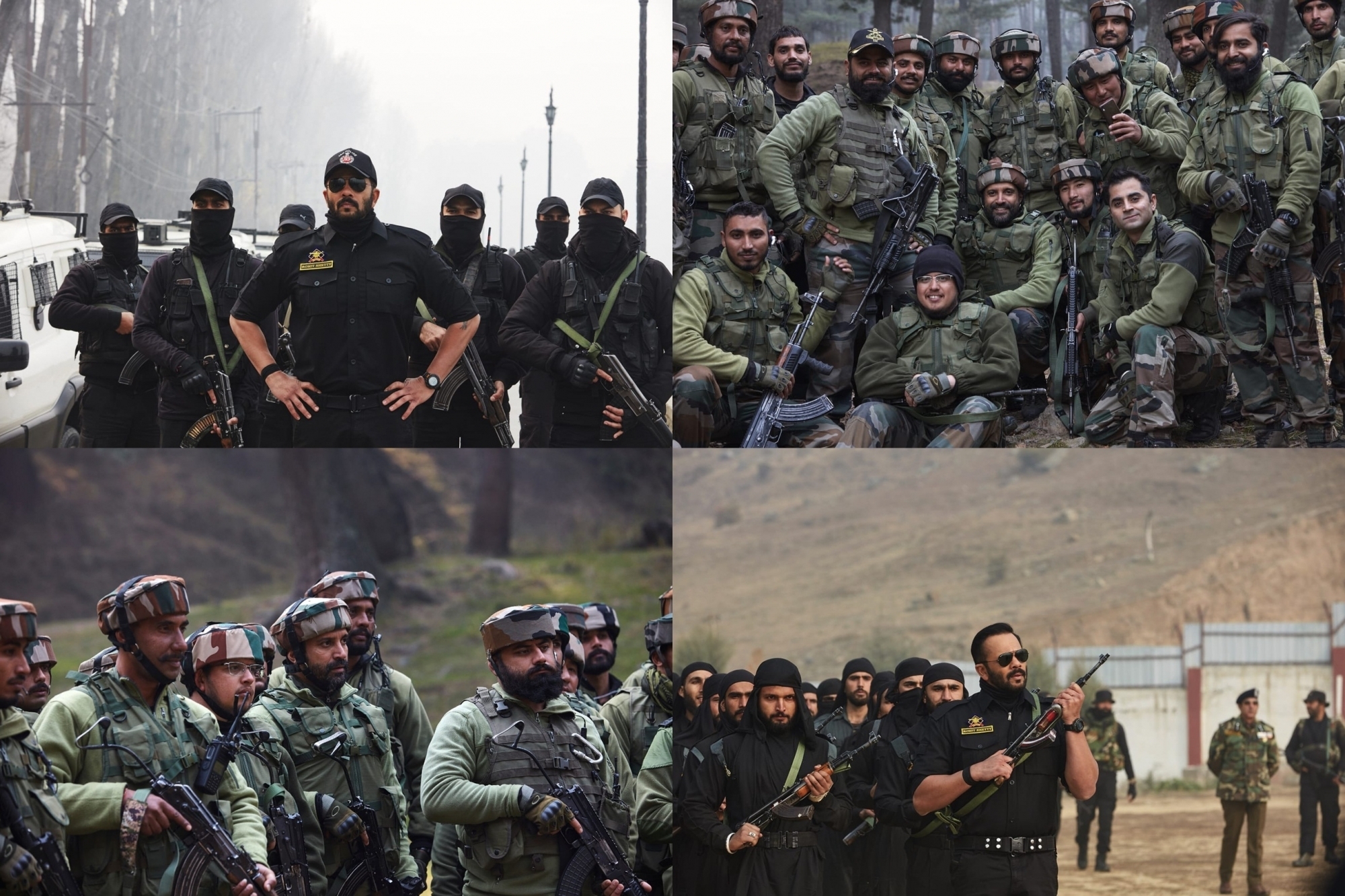 The series is like a documentary. It introduces the audience to the armed forces, close and upfront, with the help of celebrities.

With Farhan Akhtar at the glorious 3 Rashtriya Rifles Battalion and Rohit Shetty at the Special Operations Task Force of Jammu and Kashmir Police, the episodes give us an insight into the existence and functioning of these two organisations, which counters insurgency and terrorism.

The duo is subjected to a brief history of the organisation, followed by a session at the training centre and then a hands-on field operation.

At the training centre Farhan Akhtar is given a gun, “a personal weapon” and his training begins directly with the positioning of his body and is taught how to fire a rifle. It is, by the way, that we learn he is handling the AK47. It is also at this stage that Farhan is introduced to the Bren light machine gun. His training sessions seem serious but not rigorous at all.

It is the excellent camera work that creates the intensity and plausibility of the situation during the classic drill of search and detaining the terrorists.

Farhan’s anecdotes and comments with his slightly drooping spirit infuse some light moments into the episode. But what makes the episode lack lustre is the weak speakers who are easy-going in their demeanour, are not trained to face the camera or throw their voices.

On the other hand, it is Rohit Shetty’s episode, that is a delight to watch. Feeling at home among the Special Operations Task Force of the J&K Police, Shetty charms the audience and his instructors with his energy, bright and natural flair, and honest curiosity.

In this episode, we get to see some good ammunition like – the Glock Pistol and Corner Shot Machine Gun. At the training centre, we see Shetty indulging in hand-to-hand combat, and he is honest enough to say that the commandos were considerate enough not to hurt him.

Also, the personal story of Tanveer Jillani, the Senior Superintendent of Police, Principal of the Commando Training Centre Lethpora, gives emotional heft to the episode.

Artfully photographed, the series boasts excellent camera work by DoP Akshay Rajput and his team of drone operators and camera operators. The setting with its stunning vistas and intriguing subject makes the episodes worth watching.

Overall, Season 2 of this franchise is notches better than its previous edition.