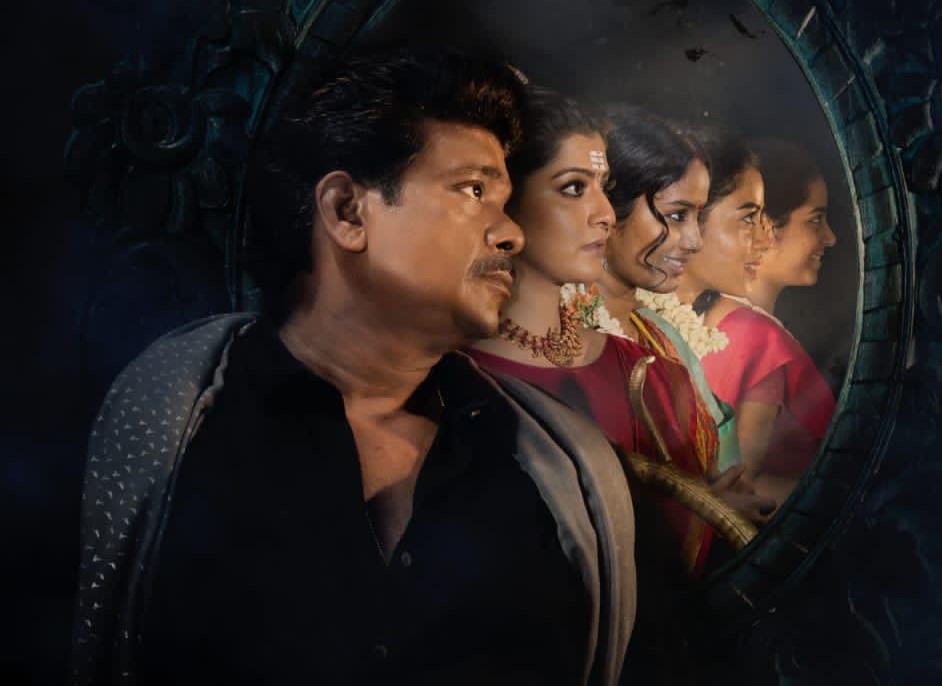 Director and actor Parthiban has always looked to push boundaries. The man, who won a National Award for his very first film, the hard hitting ‘Pudhiya Paadhai’ in 1989, has never stopped thinking about how to take Tamil cinema to greater heights.

Just when people began to write him off, Parthiban shot back to limelight with his ‘Oththa Seruppu – Size 7’, a film that had only him as an actor in it. What was impressive about the film was that not only did it do well commercially, it fetched him a National Award yet again.

Ilaiyaraaja, who scored the music for ‘Oththa Seruppu – Size 7’, is believed to have asked Parthiban, “What more can you do now? You have surpassed all limits. What next?” ‘Iravin Nizhal’ is Parthiban’s reply to Ilaiyaraaja’s question.

A single-shot, non-linear film, ‘Iravin Nizhal’ is a technical masterpiece, the making of which leaves one awe-inspired.

This means the sets for each of the scenes of the 96 minute-long film must have been ready simultaneously. It also means actors featuring in one scene will have less than 20 seconds to change their costumes and rush to the set of the next scene where they will have to deliver all their lines by heart.

One small mistake from any one member of either the cast or the crew in any department would mean the entire film having to be reshot from the beginning! The challenge is compounded by the fact that the film has a non-linear pattern of storytelling. What this means is that story’s time period keeps shuffling back and forth.

Parthiban’s move to screen a making video of the film before screening the actual film is thoughtful. For, it shows the enormity of the challenge that lay before the cast and the crew and the brilliant and professional manner in which the entire unit of over 340 people overcame it.

In other words, it makes one appreciate the phenomenal effort that has gone into the making of this film, which is definitely one of a kind.

The making video shows that the unit worked tirelessly for several months to first find a place that could accommodate so many sets. Then, finally, they zeroed in on a 64-acre piece of land on which a whopping 58 sets were brilliantly erected.

After this, the entire cast had to undergo several rounds of rehearsals before the actual shooting began. The making video shows that the unit failed 23 times and that the film had to be shot from scratch each time!

Moving on to the plot of ‘Iravin Nizhal’, Parthiban narrates a grim story about an individual’s life in this challenging film. The story is about a person called Nandhu(played by Parthiban) who is on the run from the cops.

The film has fantastic performances coming in from all its actors, especially Parthiban. Varalakshmi as Premakumari, the mistress of a fake godman, in particular is impressive in the brief period that she appears.

The performances of Brigida Saga as Chilakkama and Sai Priyanka Ruth as Parvathi also stand out. Chandru, who plays the role of Parthiban in his 18th year, and Anandha Krishnan, who plays Parthiban while he was 30 years old in the film, are fantastic.

On the technical front, A.R. Rahman’s music is just outstanding. Be it his background score, or his songs, the music lifts the film’s standard by a big margin. It is easily the film’s biggest strength.

Arthur Wilson’s camera work too is simply phenomenal. To think the man has shot all the scenes in one go leaves you astonished.

But beyond all their contributions, it is Parthiban’s contribution as a director that really makes the difference. The manner in which one scene transitions to another without the crew actually having to effect a cut is all due to the director’s brilliance.

First coming up with a story that can be shot in this way and then envisioning the entire process and then actually implementing it talks volumes of the understanding the man has of his craft.

Iravin Nizhal’s story might not be the most appealing or entertaining but it certainly is one of a kind and for that, it needs to be appreciated.