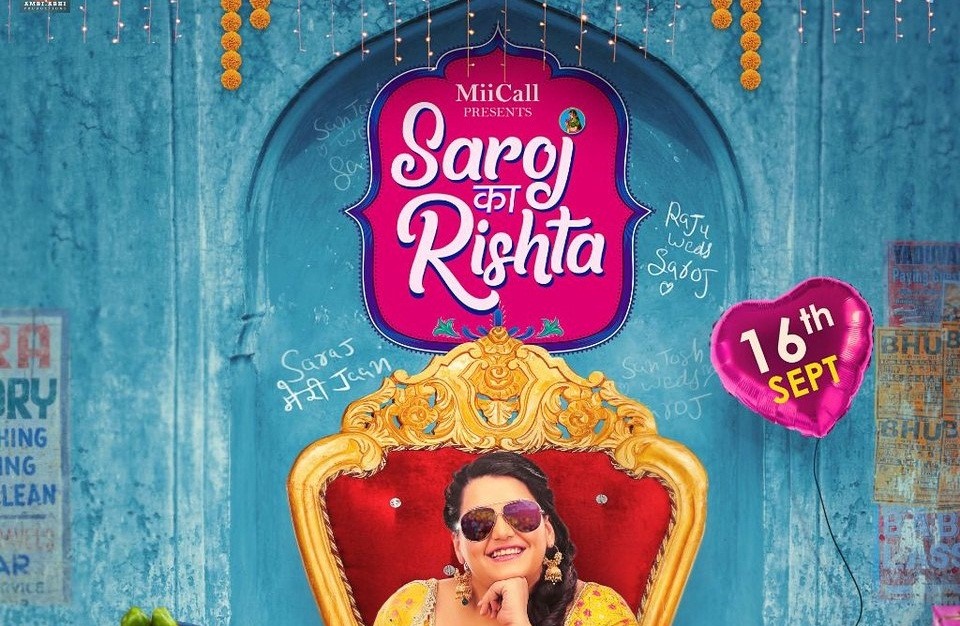 It is said and believed that cinema’s main purpose is to entertain people. But the history of Hindi cinema tells us that cinema isn’t just meant to entertain, but it is also a medium to make people think about their own issues, give out social messages and change rigid perceptions about society.

That is what ‘Saroj Ka Rishta’ succeeds in doing in a light-hearted way.

‘Saroj Ka Rishta’, directed by Abhishek Saxena, is a comedy film but it succeeds in making the viewer both smile and also question people’s perception about ‘overweight’ girls. And that’s the biggest strength and the beauty of the film.

‘Saroj Ka Rishta’ is a story of a girl named Saroj who lives in the city of Ghaziabad. On the surface, she is a common girl, like every other girl living in the city, but her being overweight is what gets noticed by people whenever she steps out of her house.

But Saroj is not bothered or bogged down by what people think about her appearance and how she looks. She believes in enjoying her life to the fullest. Even though she is considered ‘overweight’, she has no dearth of boys who lust after her or want her to marry them.

Effervescently played by Sanah Kapur, Saroj makes you laugh because of her demeanour and behaviour, and with her razor-sharp tongue she also makes you think about the kind of society we live in. That is where ‘Saroj Ka Rishta’ scores. The relationship shown between father and daughter in the film has been portrayed in a funny as well as emotional manner.

The father of Saroj, played by Kumud Mishra, is so much attached to his daughter that he wants her to marry a man who agrees to stay in their house post marriage so that the father is not separated from her. There are many scenes between father and daughter that will bring tears to your eyes. Kumud Mishra, who fits perfectly into the role of Saroj’s father, enacts his part brilliantly and shows his range and caliber as an actor.

‘Saroj Ka Rishta’ excels in all departments. The lyrics, for starters, are meaningful; the music and background score give a different high to the movie. The thoughtfully written dialogues touch your heart.

The cinematography makes each and every frame look very rich and provides great context to the wholesome experience of watching the film.

Apart from Sanah Kapur and Kumud Mishra, Gaurav Pande and Randeep Rai also excel in their roles and leave an impact on the audience. Supriya Pathak, Sanah’s real-life mother, has also played an important cameo in the film. Needless to say, she leaves a mark with just a few minutes of her appearance in the film.

Overall, it can be said that once you leave the theatre after watching an entertaining and socially relevant film, you’ll have a big smile on your face and great satisfaction in your heart.

Presented by MiiCall, ‘Saroj Ka Rishta’ is a heartwarming film that releases this Friday in cinemas near you. Don’t miss it at any cost!