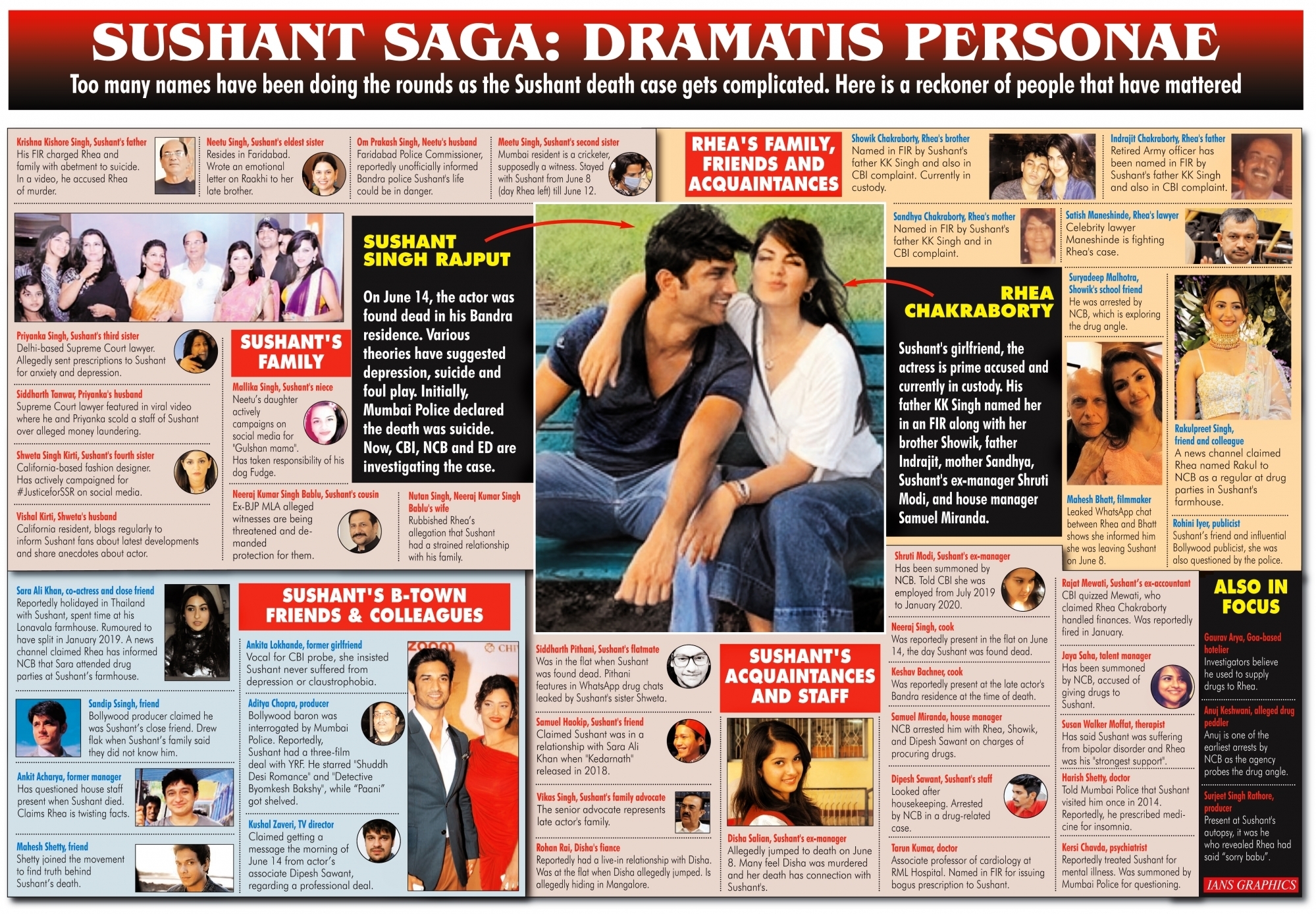 Rhea was in ‘waiting area’ of morgue: BMC to SHRC (Ld)

Mumbai, Sep 16 Spelling huge relief for the Maharashtra government, the State Human Rights Commission (SHRC) has concluded that in her much-publicised and controversial alleged visit to the Cooper Hospital morgue, Bollywood actress Rhea Chakraborty was only in the permitted ‘waiting area’, a top official said here on Wednesday.

“We have accepted the contentions of the Mumbai Police and the BrihanMumbai Municipal Corporation (BMC) after examining their detailed replies and all other supporting documents. The matter is now disposed of,” SHRC acting Chairman M.A. Sayeed told IANS.

As per the replies submitted to the SHRC by the BMC, there is a ‘waiting area’ where certain categories of people such as relatives are permitted.

The autopsy room is barred for all except the doctors and their attending staff, while the main morgue is absolutely out of bounds for everybody except those specifically authorised to enter it.

“From all the records made available, the person concerned (Rhea) was only in the designated ‘waiting area’ and not beyond that point. This is the spot where she may have viewed the body of the late actor (Sushant Singh Rajput),” Sayeed added, throwing the shroud over the controversy.

According to official sources, the video may have been shot when Sushant’s body was in the process of being handed over to his relatives, including his sister Mitu Singh, in the waiting area of the morgue.

The video later went viral as “Rhea’s morgue visit” when she reportedly spent 45 minutes and allegedly muttered “I am sorry” on seeing Sushant’s body.

Last month, a massive row erupted after some TV channels aired the clip showing Rhea — currently in judicial custody — allegedly visiting the morgue at the R.N. Cooper Hospital in Vile Parle, hours after Sushant’s death at his Bandra home on June 14.

After getting the complaint, the SHRC took suo moto cognizance of the matter and slapped notices to the BMC (which runs the hospital) and the Mumbai Police demanding an explanation in the matter on priority.

On August 31, BMC hospital Dean Pinakin Gujjar had submitted a brief letter stating that it had not granted any such permission while the police did not respond.

The CCTV footage of the waiting room was automatically erased after a week and it was not preserved as nobody had foreseen such a fracas over the incident, said official sources.

Apparently dissatisfied with the BMC reply, the SHRC sought a detailed reply and also sent a reminder to Mumbai Police to comply with its earlier notice.

After both the parties responded and the SHRC scrutinised the replies along with the supporting evidence, it was satisfied and concluded that the norms were not flouted.