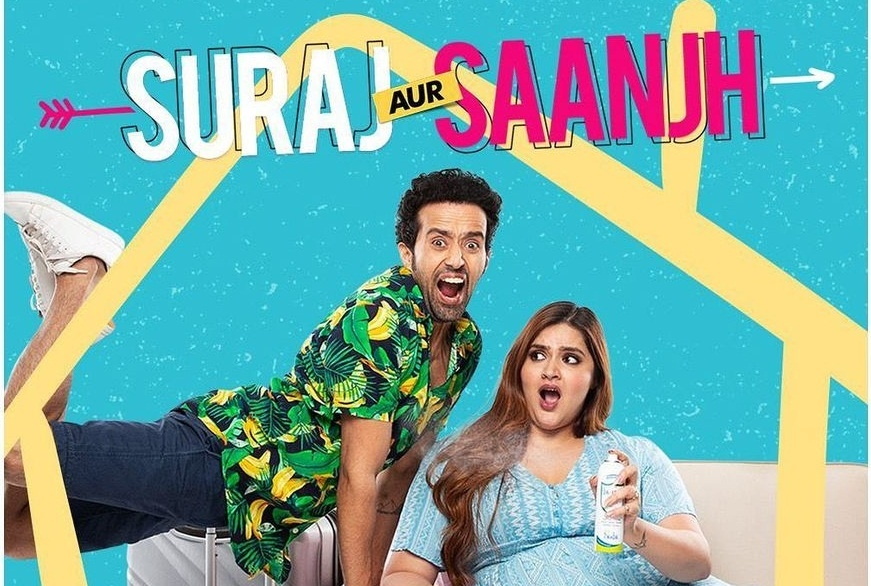 When asked about screening the series for filmmakers, Anil said, “I have shown the series to the filmmakers that I have worked with. Director Rohit Shetty liked it, he said this will work, this movie is entertaining, and it is well made and crafted. So half the battle is won”.

‘Suraj And Saanjh’ is Anil’s first outing as a solo hero. Talking about the responsibility and challenges a solo movie brings, he said, “While doing a solo film the responsibility increases. The entire load is on your shoulders. Challenging part as an actor was, mimicry and then you’re someone’s fan”.

Anil’ character is obsessed with Bollywood actors in the series, and takes a lot of references from hit comic characters, “Main objective was that it shouldn’t come across as mimicry as a lot of actors have done the parts brilliantly and other have mimicked them, but I didn’t want my performance to fall into that category, because my character is a fan, so there was a very thin line, I had to walk to this character.”

When asked if his digital release comes with a lot of provocative elements, he said, “It’s a family entertainer; anyone can watch it with their family and can easily relate with the story and characters. The film has a lot of references from other movies, which most people have watched”.

The series is directed by Vedd Rawtaani, written by Krishna Agarwal, produced by Priya Rawtani (Priya Rawtani Productions) and Sanjana Parmar (House of Joy Productions). Shot entirely amid the Covid lockdown within 15 days, the show is set to be one of the very first projects to resume during the pandemic.