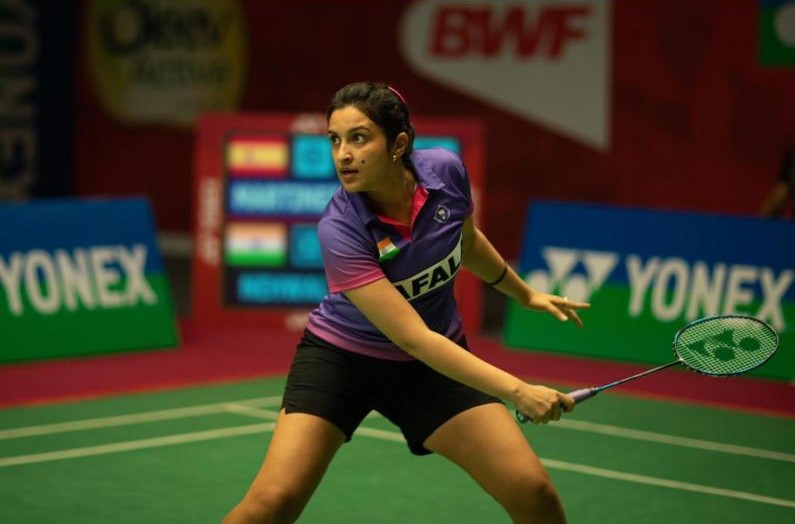 There are two ways to go about it when you recreate an icon’s life on screen. You could keep it plain and simple, with lots of melodrama and pep scenes for inspiration — which is the easy way out because you are playing to the gallery. Or, you could try getting into the mind of your subject, as Asif Kapadia did with his unforgettable film on Diego Maradona — but that’s a complicated deal.

Amole Gupte’s movie manifesto on ace shuttler Saina Nehwal goes for option one as Bollywood biopics usually do, predictably playing it safe. The narrative runs high on emotions all through its 135-odd minutes and yet, strangely, many high points of drama in Saina’s life are glossed over (there is no mention of her rivalry with PV Sindhu, for instance). Unlike Gupte’s feted debut film Stanley Ka Dabba, the film lacks an engaging subtext beyond the entertainment quotient that Saina’s life lends to. Rather, like his other directorials Hawa Hawai and Sniff, Gupte’s new film remains one-dimensional in storytelling.

Importantly, the writer-director has ensured sufficient saleability by casting a recognised face as Saina Nehwal. Bollywood biopics are not known to cast according to physical resemblance and Parineeti Chopra, who replaced (the definitely more apt) Shraddha Kapoor, would seem as different from Saina as chalk is from cheese. Watching Parineeti, it seems she has done her homework for the title role. She makes an earnest bid to get the body language and diction right. She gets ample aid from the make-up department too, down to Saina’s hairdo and signature mole.

Yet, Parineeti Chopra somehow isn’t Saina Nehwal, for all her diligent efforts. Even if you forgo physical resemblance or the lack of it, she lacks an athlete’s vim in her gait. Her badminton skills appear too forced on court.

Strictly from the perspective of a Bollywood flick, we will gloss over talk of authenticity in storyline. The subject is all too well known. Saina Nehwal is the only Indian woman badminton player to scale world number one position, and only the second player in the country after Prakash Padukone to do so. Gupte’s narrative primarily focuses on setting up emotional drama using her life as a backdrop. She was born to a middle-class Haryanvi couple (played by Meghna Malik and Subhrajyoti Barat) in Hyderabad, and the film shows how they played a role in her rise as did hard work, persistence and the sacrifices she made.

Gupte amps his portrait of resilience by highlighting the storms coming her way. The film talks of how people often tend to be harsh and dismissive while judging celebrities, and of the grave injury Saina sustained that threw her off action for months. The screenplay allots substantial footage tracing her lows before reserving a glorious finale that lets Saina’s story end on a note of triumph.

There’s plenty of pep dialogues filling the frames, coming Saina’s way from her coach (Manav Kaul, with a strictly functional performance) and her mother (Meghna Malik, with a slant at being unnecessarily loud). Duly exhorted, Parineeti Chopra’s Saina Nehwal tries going all out with the racquet as well as expressions. The trouble is she seems to be trying too hard.

The flaw seems all the more glaring because 10-year-old Naishaa Kaur Bhatoye is simply superb as the young Saina. Naishaa is a badminton player, and she gets the sporting aspect just right. What’s more, she bears an uncanny likeness with the real Saina Nehwal.

If you were to ask for three reasons one might extend while recommending the film despite its mediocrity, we would pitch Naishaa as one. Amaal Mallik’s fabulous musical score would be another. After a long time, we have a Hindi film with songs that linger in your mind. As far as a third reason goes — one can’t spot an obvious third reason. Saina Nehwal could do with a better biopic.