Veteran actress Saira Banu and actor Jackie Shroff have been named for the prestigious Raj Kapoor Lifetime Achievement and Raj Kapoor Special Contribution annual awards, respectively, by the Maharashtra government, Cultural Affairs Minister Vinod Tawde announced here on Wednesday.
Well-known Marathi film industry personalities Vikram Gokhale and Arun Nalawade have been named for the coveted V. Shantaram Lifetime Achievement and V. Shantaram Special Contribution annual awards, he added.
Both the lifetime achievement awards carry a citation and cash of Rs 500,000 each, while both the special contribution awards carry a citation and Rs 300,000 in cash.
These awards, instituted by the state government, will be given away at the upcoming 54th Maharashtra State Marathi Film Festival, Tawde said.
“Congratulations to veteran actress Saira Banu ji on being selected for the award celebrating her cinematic journey and to Jackie Shroff for his contributions to Indian cinema,” Tawde said in a tweet.
He also congratulated Gokhale and Nalawade for their achievements and contributions to the film industry and on being selected for this year’s awards.
Saira Banu (72), started her film career, aged barely 16, in 1961 with the blockbuster film “Junglee” with Shammi Kapoor as the male lead and bagged that year’s Filmfare Award nomination.
Since then, she never looked back and worked in several memorable films like “April Fool”, “Ayee Milan Ki Bela”, “Shagird”, “Padosan”, “Jhuk Gaya Aasman”, “Purab Aur Paschim”, “Victoria No. 203”, “Resham Ki Dori”, “Jwar Bhata”, “Zameer”, “Hera Pheri” and “Bairaag”, several times cast opposite her husband, Dilip Kumar.
Jackie, (60), was born in Latur, Maharashtra, to his Gujarati father and Kazakhastan nmother.
Living in a modest area of south Mumbai, Jaikishan K. Shroff was considered a local toughie till he got a break in Dev Anand’s “Swami Dada”, but it was Subhash Ghai who offered him a role in his blockbuster film, “Hero” with the screen name of ‘Jackie’ in 1983.
Over the years, he acted in over 300 Hindi, Marathi, Gujarati, Kannada, Tamil, Telugu, Malayalam, Bengali, Punjabi, Odiya, Konkani films, and has bagged three Filmfare Awards.
Some of his notable films include “Hero”, “Swami Dada”, “Yudh”, “Karma”, “Andar Baahar”, “Kaash”, “Parinda”, “1942: A Love Story”, “Khalnayak”, “Rangeela”, “Yaadein”, “Mission Kashmir”, “Devdas”, “Ram Lakhan”, “Border” and “Aar Ya Paar”. 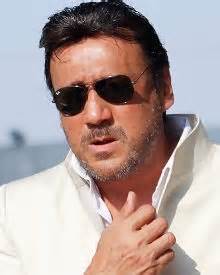 Vikram Gokhale, (76), is a well-known actor in Hindi, Marathi films and on television, and has bagged the Sangeet Natak Akademi award for theatre and a National Award for Best Actor in the Marathi film “Anumati”.
Hailing from an illustrious family of artistes, his great-grandmother Durgabai Kamat and her daughter Kamlabai Kamat acted together as the film industry’s first ever female star and first child star in Dadasaheb Phalke’s mythological film, “Mohini Bhasmasur” (1913).
Arun Nalawade (54), is a renowned actor-producer, who co-produced the Marathi film “Shwaas” that bagged National Award for Best Film in 2003, and was also India’s official entry to the Oscars the following year.
Over the years, Nalawade has acted in over 50 Marathi films, dramas and television serials, making him one of the most successful actors.