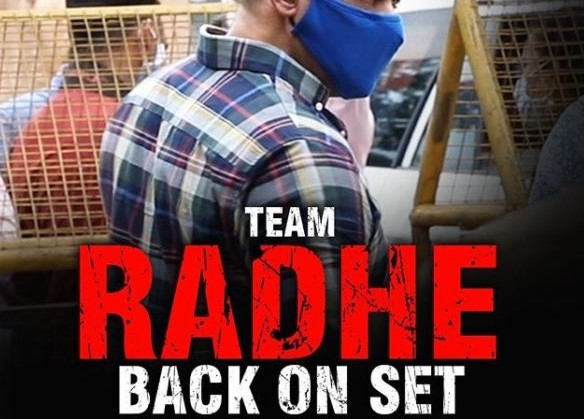 Mumbai, Oct 9 Superstar Salman Khan has resumed shooting for his much-anticipated action drama, Radhe: Your Most Wanted Bhai, and the makers have shared a sneak peek into the filming of a celebratory song.

The behind-the-scenes video was posted on the official Twitter account of Salman Khan Films. It features Salman and his co-star Disha Patani along with members of the crew.

The film’s shoot resumed recently after a long hiatus of over six months due to the pandemic. In the video, the actors and crew can be seen wearing masks, while other preventive measures like sanitisation and temperature checks are being observed.

Actor Jackie Shroff, who also features in the film, can be heard in the background, describing how shooting has been resumed taking care of everyone’s health. He also explains how the team shot with safety and precaution, while maintaining social distancing. He expresses gratitude towards the unit for looking after everything.

“Socha nahi tha 200 filmein karne ke baad ki aise din bhi dekhne padenge (I never thought that after working in 200 films one would have to see such a day). The entire world is in trauma,” Jackie said.

The clip shows Salman, Disha and Jackie Shroff preparing for a shot.

As a treat to fans, the makers shared a glimpse of Salman and Disha’s dance number. In the end, Salman can be seen dancing and saying to the choreographer: “Time lagega bhai, 6 mahine ke baad aaya hoon (It will take some time brother, I am back to doing this after six months).”

Salman is then seen breaking into dance moves.

Directed by Prabhudheva, the film was scheduled to release earlier this year but got pushed due to the Covid crisis. 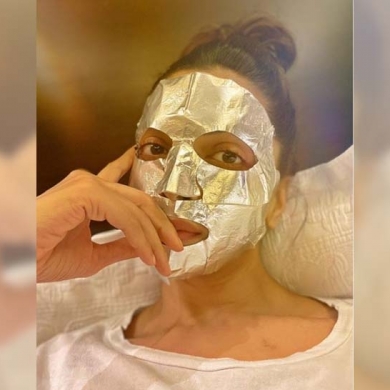 Deepika Padukone gears up for weekend with self-love