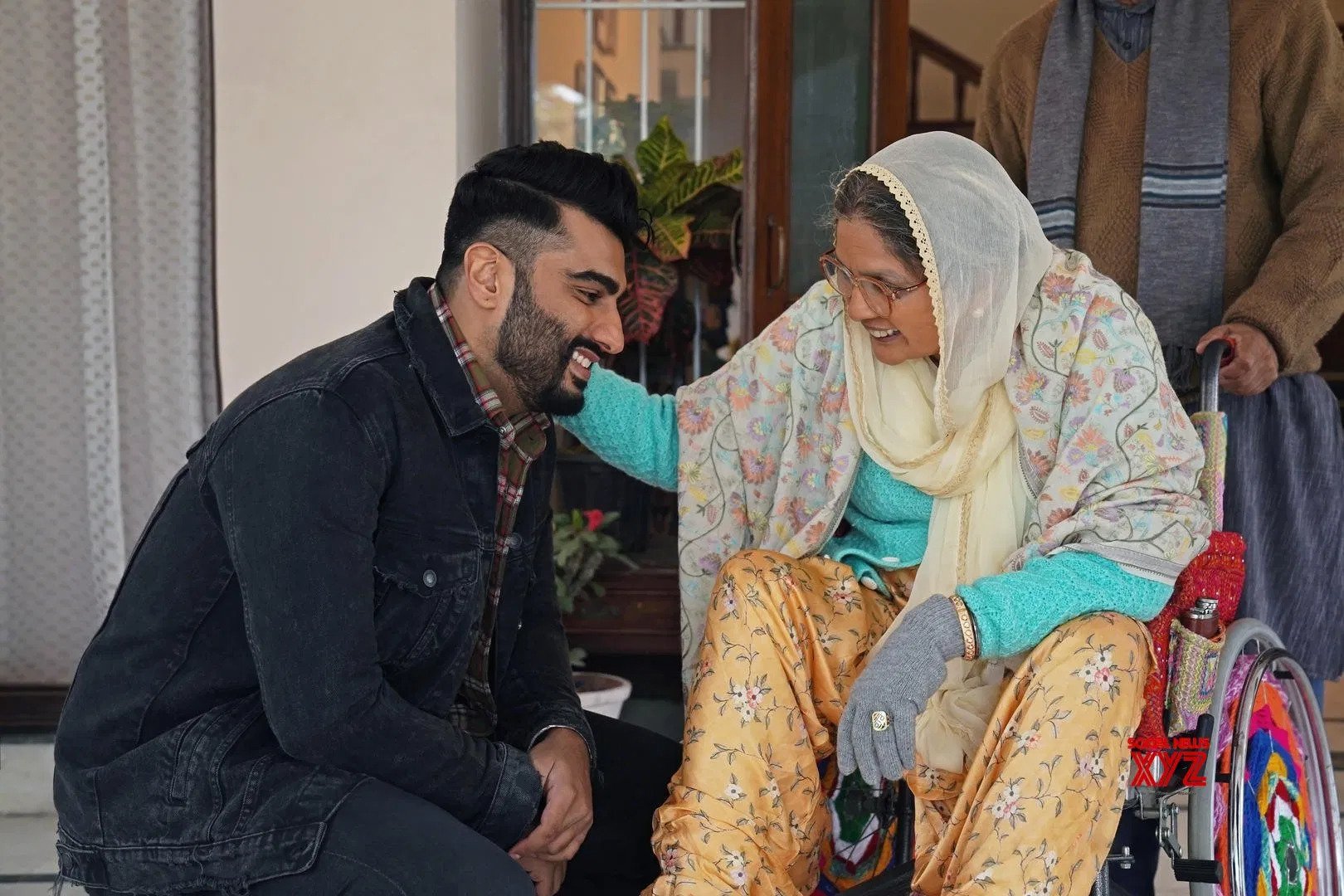 The problem with “Sardar Ka Grandson” is not that it loses the plot on an absolutely wonky idea. The problem is the film and its makers fail to capitalise on the one asset they truly had. Kaashvie Nair’s debut directorial casts Neena Gupta as the titular Sardar. Unlike Gupta’s last project “Badhaai Ho”, however, Nair’s film fails to utilise the artiste’s potential. Instead, the budding filmmaker trains focus and footage on the Grandson (Arjun Kapoor) in a dramedy that starts seeming less dramatic and even less comedic as the minutes roll.

Gupta as Sardar Rupinder Kaur is the matriarchal head of a joint family in Amritsar and the grandson Amreek Singh lives in ‘Amreeka’. Ailing Sardar is hospitalised, Grandson rushes back to be at her side, and the doctors say she won’t survive for long. That’s when Sardar declares her big final wish — she wants to see her home in pre-Partition Pakistan one last time. Grandson Amreek vows to fulfil grandma’s wish, except there’s a tiny hitch. Apart from the fact that she is in no shape to make the trip, Rupinder is actually barred from entering Pakistan owing to a bizarre reason that you may or may not find funny. It’s up to Amreek now, to figure out a way to keep his vow.

Nair and her co-writers (Anuja Chauhan and Amitosh Nagpal) build up the story fairly well up to that point, sprinkling passable humour with melodrama. The story starts going downhill once Amreek figures out a plan to fulfil his grandmother’s wish — which is an irony, because that’s where the film should actually have turned enjoyable.

Without giving away spoilers, Amreek’s plan is as audacious as it is ambitious, which should actually have made the film interesting. Instead, the narrative in the second half is done in by a couple of basic flaws. First, the storytelling in this portion needed to be far more engaging than it is. Secondly, despite the sheer magnitude of his plan, the film makes Amreek’s execution of the idea look all too easy and absurd.

In a script that is wholly manufactured to suit Grandson rather than Sardar, Arjun is strictly adequate balancing humour with the minimal intensity he is required to portray. Neena Gupta as Sardar Rupinder is reduced to one of the many props that have been set up around Amreek, including Kumud Mishra as the plotting Pakistani mayor who goes all out trying to thwart Amreek’s plan.

Every cast member, including Rakul Preet Singh as Amreek’s now-on-now-off love interest Radha, who helps him in his final plan of action, gets a half-baked role. The casting of John Abraham and Aditi Rao Hydari in special cameos goes waste owing to inept writing.

“Sardar Ka Grandson” is one of those films you’d be struggling to find a reason to recommend.