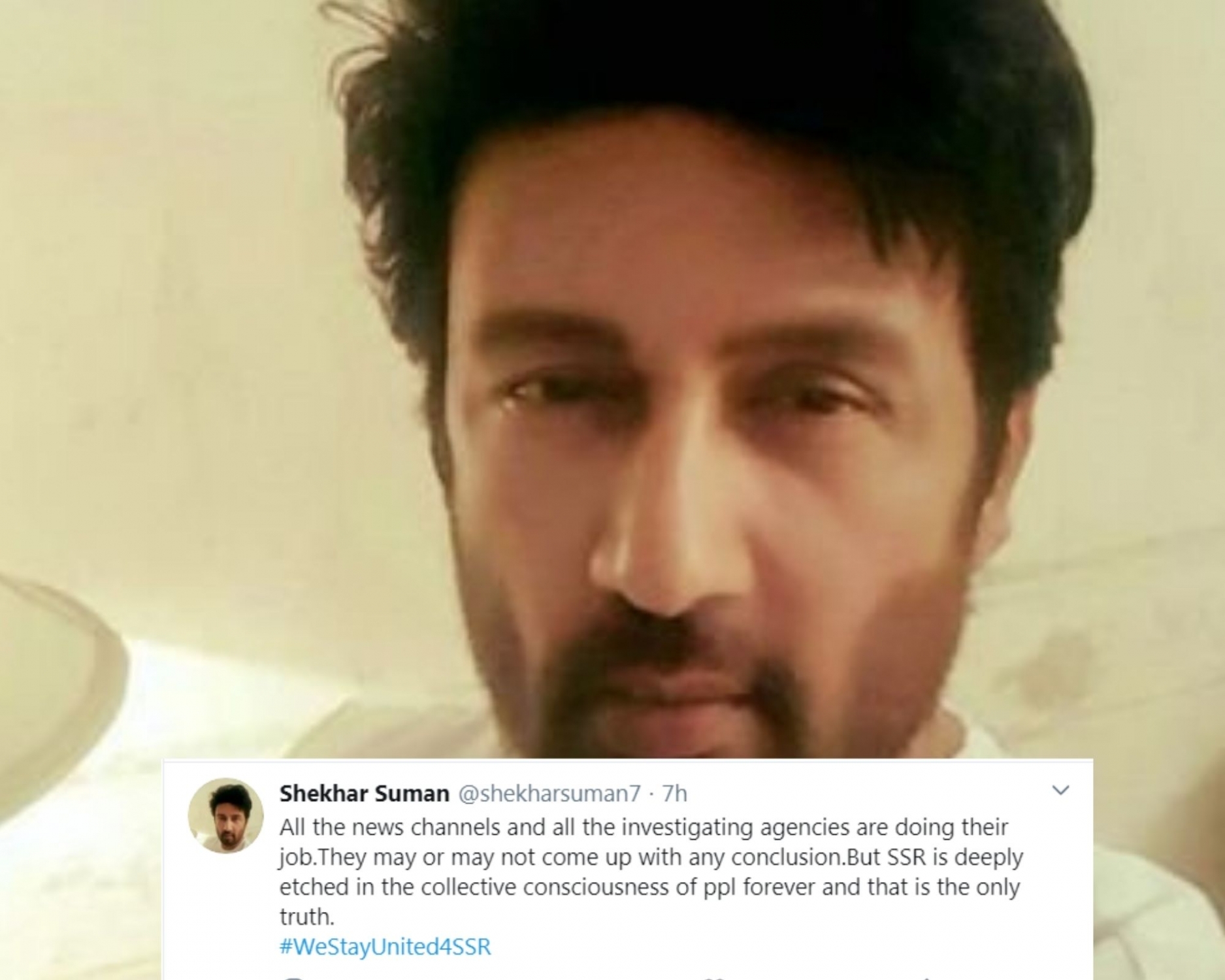 As the probe into the death of actor Sushant Singh Rajput continues, actor Shekhar Suman says that investigating agencies may or may not come up with any conclusion, but Sushant will be deeply etched in the collective consciousness of people forever.

Taking to his unverified Twitter account on Tuesday, Shekhar wrote: “All the news channels and all the investigating agencies are doing their job. They may or may not come up with any conclusion. But SSR is deeply etched in the collective consciousness of ppl forever and that is the only truth. #WeStayUnited4SSR.”

Shekhar has been showing his solidarity with Sushant’s family and he even visited the late actor’s father in Patna shortly after the young actor’s death.

Shekhar was among the various celebrities who had demanded a CBI probe into the death of Sushant, who was found dead at his residence in Mumbai on June 14. An investigation is jointly being conducted by the CBI, NCB and ED.