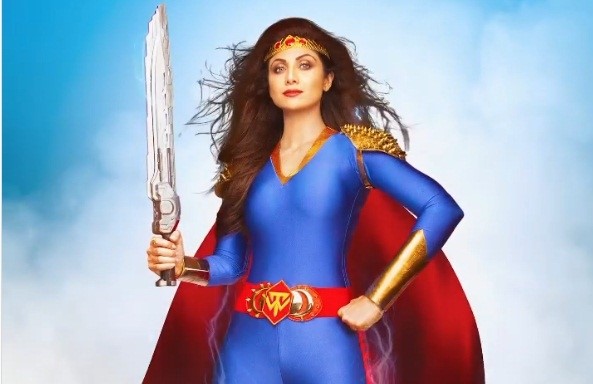 Mumbai, May 17  Actress Shilpa Shetty, who was on a break from social media, returned with a bang as she flaunted her new “superwoman” avatar.

Shilpa posted a new teaser video for her film ‘Nikamma’ where she is dressed as a superhero.

Alongside the post, she wrote: “Now we’re talking In a brand new avatar! Who is the REAL ‘AVNI’???!! Do show some love & watch this space for more (Sound On) Remember tomorrow 17th May, launching the NIKAMMA trailer at 11:30 aa #Nikamma #Nikammagiri #SomethingNew #StayTuned”.”

The film has been directed by Sabbir Khan.

A fan even called her “desi Gal Gadot”.

Shilpa has several films lined up in her kitty. After ‘Nikamma’, she will be seen in ‘Sukhee’.