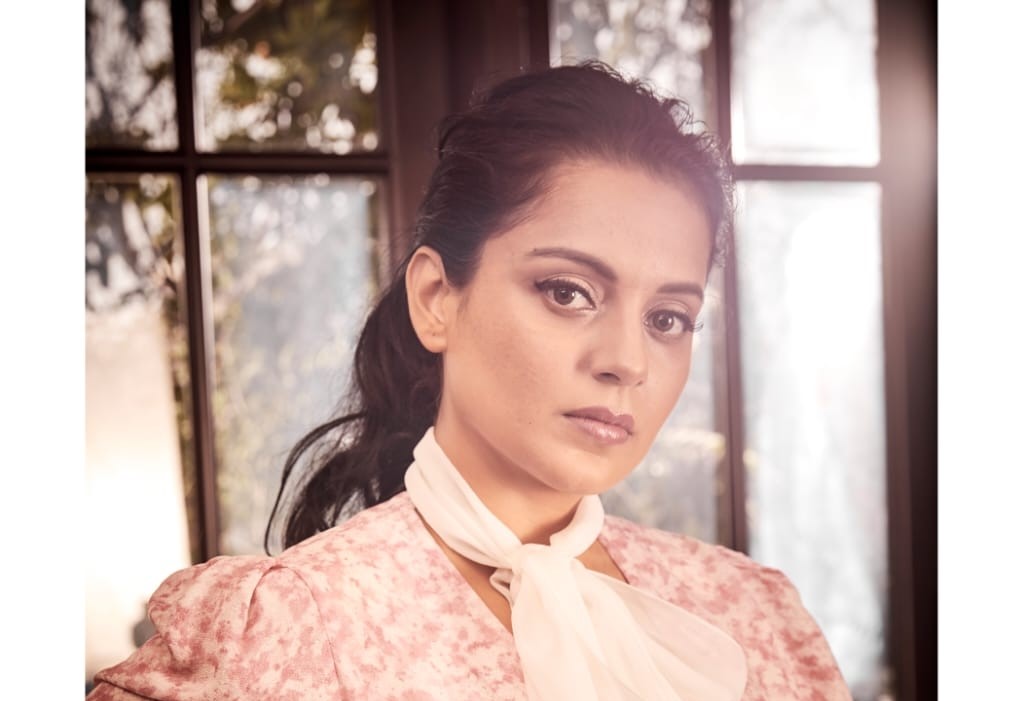 Kangana Ranaut to IANS: Never in history of India has a closed case been opened.
India News
·September 12, 2020

Mumbai, Sep 12 Taking a jibe at Kangana Ranaut – without naming her – the Shiv Sena on Saturday conveyed ‘Mubarak Ho’ to the Bollywood actress for kicking off a row over whether Mumbai is in Pakistan-occupied Kashmir, adding that the country’s commercial capital is quite accustomed to such controversies.

“Like Draupadi’s ‘chirharan” (disrobing) by the Kauravas while the Pandavas kept their heads down, even now we are witnessing a similar scenario,” said the Sena in strong edits in the party newspapers ‘Saamana’ and ‘Dopahar Ka Saamana’.

“Though it is well-known that Mumbai symbolises ‘national integrity’, why should the ‘Controversy-Mafia’ always blow this trumpet only for Mumbai and not in any other state capital?” the Sena asked.

“This is the land where Chhatrapati Shahu Maharaj, Mahatma Jyotirao Phule, and Bhimrao Ambedkar were born, fought against inequalities, and revered freedom fighter Senapati Pandurang Bapat once said: ‘Maharashtra is a Nation; If Maharashtra dies, the Nation will perish’,” the Sena pointed out.

Unfortunately, the party added, it is painful to witness those who have nothing to do with the enlightenment given by the late Prabodhankar Thackeray, the leader of the Samyukta Maharashtra movement, or the thoughts of Indian Constitution’s architect Ambedkar, waved blue flags at the Mumbai Airport and welcomed a person (Ranaut) foul-mouthing Mumbai.

“This was the biggest insult to Ambedkar. They are not bothered about slighting Ambedkar if it helps them grab power with such persons. There are many such sly snakes in our midst who hail the enemies of Maharashtra,” the Sena said, in an obvious swipe at the Republican Party Of India.

The Sena pointed out how the very foundation of Bollywood was laid in Maharashtra by the legendary Dhundiraj G Phalke, alias Dadasaheb Phalke.

“People from all over came to try their luck in Mumbai’s cine world, first lived in hovels or on pavements, but after luck smiled on them, went on to build palatial homes in Juhu, Pali Hill, or Malabar Hill. But they were never ungrateful to Mumbai-Maharashtra and in no way were dishonest with their ‘karmabhoomi’ here,” the edit said.

Many people who achieved their dreams through sheer talent and hard work in Bollywood were honoured with the Bharat Ratna and even ‘Nishan-e-Pakistan’, but ironically the very founding father Dadasaheb Phalke was never conferred the country’s top award, it pointed out.

Emphasising that “only talent counted in Bollywood”, the Sena said veteran Muslim artistes like Madhubala, Dilip Kumar, Meena Kumari, or Sanjay Khan retained their Hindu names as the industry was ‘secular’ in that era.

“Even Marathi and Punjabi dynasties ruled the roost like the Kapoors, Roshans, Dutts or Shantarams, as many families do today. There were others with no ‘gharana’ behind them like Rajesh Khanna, Dharmendra, or Jeetendra who came up with hard work, and launched their own ‘gharana’ for their children,” the Sena said.

“However, none of these legends betrayed Mumbai; they contributed to its growth and progress. They did not create enmity with the crocodile while living in the waters or pelt stones at others while living in glass houses. Those who dared were cursed, and dug their own graves,” the Sena added.

Mumbai and Maharashtra represent both pride and sacrifice, have a large and tolerant heart that respect the tombs of Emperor Aurangzeb in Aurangabad and Afzal Khan’s tomb in Pratapgarh just as it reveres those who gave up their lives to build this land and state.

“Chhatrapati Shivaji Maharaj holds the sword of pride in one hand while Balasaheb Thackeray lit the spark of self-respect in the other hand. If anybody feels that the spark has become ash, just try blowing it once!” the Sena concluded with a veiled warning.