‘Sir’ is a film about classism in ‘progressive society’

Filmmaker Rohena Gera’s upcoming film “Is Love Enough? SIR” may have been postponed for now owing to the coronavirus pandemic, but the director and the cast are keenly looking forward to a new release date. For one, they are excited about the importance of the film’s story that deals with classism.

Tilottoma Shome, who plays the female protagonist Ratna, a live-in maid, in the film told IANS: “I was little nervous when I started reading the script, over what would happen in the end. The film critiques the very system of class-conscious society we have created for us. I am guilty of it, too, because though I come from a privileged background, I always played characters that are economically marginalised. So, on screen I majorly represented them. When I asked Rohena what was the one element I should keep in mind while portraying Ratna, she asked me to remember that no matter how non-dignified her circumstances are, Ratna never loses her sense of dignity. I thought that was a great direction to give, to represent a character with sensitivity and dignity.”

The film initially released at Cannes Film Festival in 2018. Asked what pressed her to make the film, Rohena said: “What was intriguing for me was the kind of intimacy we share with people who work for us at home and in our offices. People at home, who take care of us, cook and clean every day, knows us emotionally. If you do not eat properly, your house help knows that you either have too much work pressure or you are in a bad mood. Do we know if she has eaten well? Do we even bother to know their world? It is fascinating for me how two people from two different worlds share the common space and yet there is a gap.”

Tilottama mentioned: “Yes, they cook for us, they make the bed. The relationship is so intimate, yet we cannot imagine a world in which people from these two different worlds can fall in love! That shows that no matter how progressive we are, there are monsters lurking within us. We live in a society where we cannot imagine friendship, love across class divide. The class culture, elitism is so deeply conditioned in our mind that we do not even look at it as ‘problem’.”

Vivek Gomber plays the male protagonist Ashwin in the film, who falls in love with the maid. The film also features Geetanjali Kulkarni, Ahmareen Anjum and Rahul Vohra among others.

Vivek said: “I knew from the beginning that the story talks of classism but I loved the story that the film tries to explore between two people. Especially in our culture, this kind of relationship is looked at as exploitative, but Rohena has handled it so beautifully. So when I was performing the character, I did not romanticise or make any judgement about the character.”

“As a child, I was close to the person who used to take care of me and I used to wonder why she would eat separately, would have separate utensils and something that distanced her from us. But as a kid what could I do?” said Rohena.

The filmmaker said that there were several questions that popped up in her head observing the social inequality. “Even when I grew up, I had no point to make, as in what to do about it. I mean the system is so deeply classist. How can one individual change it? I always wonder how one can bring equality in this equation. How can I bring awareness to this intimacy? This was an interesting space to explore through my film,” Rohena signed off. 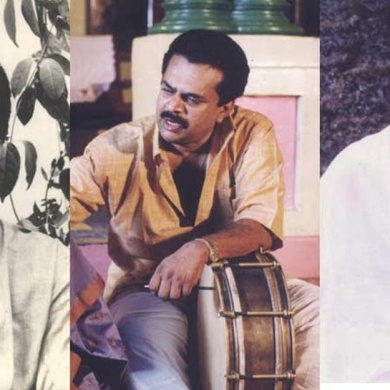