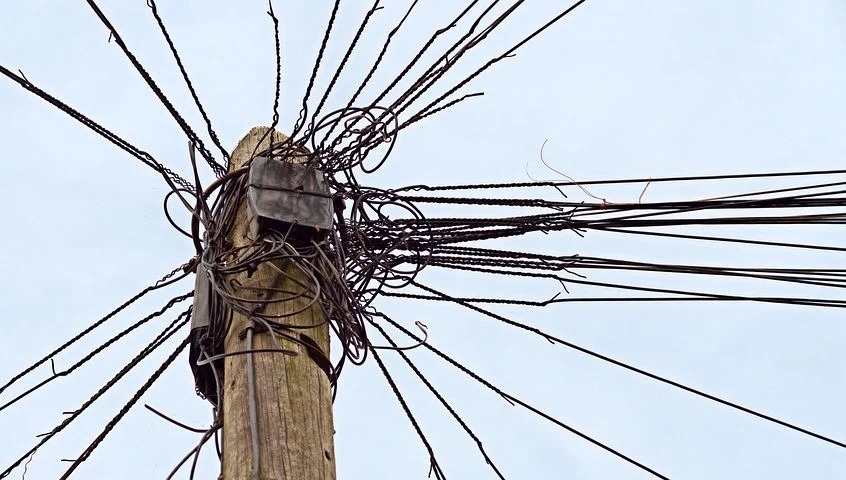 Despite all these satellite set-top box service providers vying for the market share till not so long ago, the very originators of bringing your entertainment, especially films, to your drawing rooms, have been the cable operators.

They have been omnipresent. They faced the onslaught of satellite TV service providers and continued to stand firm. Not everyone seemed to be happy paying for the satellite services. Dealing with the call centre, not knowing when the complaint would be attended to and the service going on the blink during the rains. Subscribers either continued or returned to cable operators. Now, finally, these cable operators are feeling the pinch and fear their survival is nearing expiry date.

The history of cable service providers has been chequered. It all started with the advent of the video format on which any film, drama or other features could be transferred and, with the use of little equipment and a maze of cables, could be carried across a network on the television sets in people’s homes.

The quality was sub-standard but it was a novelty and it came cheap. Families started subscribing to such cable networks. It served to entertain the women folk in the afternoon and, later in the evening, entire families. The alternative was Doordarshan, which did not have much to offer in the limited hours of its telecasts.

This clandestine business needed a one-time investment in the hardware to start till the business grew. Cable connections and installation were paid for by the customer. As for movie rights, nobody paid.

Eventually, there came a time when the cable operators started to premiere a new Friday film release at the same time as its opening at cinema theatres, or even an hour or so earlier! The business was so attractive that it led to territorial wars among cable operators. A cable operator controlled a small area, his own. And there were hundreds like him who ruled over their neighbourhoods, where they wielded muscle power.

Their limited ambition was to expand. That meant encroaching into one another’s territory, cutting each other’s cable lines and, sometimes, even engaging in violence, causing loss and disruption.

Unhappy subscribers would thus look for an option. Some movies shown on the cable were called camera prints as their copies were made with a camera while watching a movie. But, initially, no cable subscriber cared about quality of the print they were
watching or the fact that they were watching it illegally. All the campaigns by the film bodies about enjoying films on the big screen meant nothing.

And, what was the film industry and filmmakers doing while these activities went on eating into their business? They were helpless in most instances and selfish in others. There were also restrictions on filmmakers.

A producer could sell video rights only after five years of a film’s theatrical release. This was reduced to 18 months much later, but even a day after release was too late, considering the pirated videos hit the market and video cable networks a day before the films reached cinema screens!

These terms were set by the various bodies representing different film circuits. The producers were forced to compensate the distributors pro rata if the video rights were sold earlier! It was a wonky agreement, for the first person to incur losses was the distributor. The only way the problem could have been tackled was by the producer and distributor bodies putting their heads together. But the producers were left to fight piracy alone.

This was the part where the producer was helpless. The selfish part was when a producer did not care either way about what happened to his film once he gave the deliveries of release prints to his distributors. He washed his hands of what happened.

Once, I saw a film on cable which had been released the same day. I was close to the film’s producer, so I called to inform him of this. But he was resigned to the fact that there was nothing he could do. He said to me, “Chhodo na, maine to prints ki delivery de di (Let it be, I have delivered the prints).” What else could I do? The entire film industry could not fight this
menace, how could a single producer do it!

As a last-ditch effort, the filmmakers combined to set up the industry’s own video company, the label name misses my memory now. But, like all half-baked ideas floated by the industry, this plan also folded up soon after it started. (Like the industry’s trade paper, ‘Film Blaze’, which was meant to counter existing trade magazines; and the political party, National Party of India, that the industry had floated.)

The producers, in a feeble attempt at being seen to do something, had formed an Anti-Piracy Squad. Some lads from the film industry were given the authority to check video and cable operators for piracy and the police agreed to help in their efforts.

In some cases, the pirate handed over some pirated cassettes and cable operators shut the operations for a while. In other cases, the industry’s raiding party was bribed and sent off (this was a more prevalent practice and suited both) and, in a few cases, the raiding party was thrashed black and blue and sent back. To nurse their bruises.

That was not the era of multiple television channels and some moneyed enterprises decided to buy out the small-time cable operators and create a stronger and bigger chain. After all, this was a growing media and it made business sense to own a piece of it. And, moneyed men somehow love to own a media.

The state governments, too, realised that while the cable television industry had grown exponentially, there was no control over it or its revenue. Intending to treat cable operators at the same level as the cinemas, the entertainment tax was imposed on them. But the cable operators never divulged the actual number of subscribers to the state governments and the old order continued merrily. They did not even pay the various channels they broadcast.

The cable operators had a free run till recently when the Central Government’s Telecom Regulatory Authority of India (TRAI) came up with The Telecommunication (Broadcasting And Cable) Services Tariff Order in 2017.

The tariff for each TV channel was fixed and the cable operators were reduced to mere collection agents for the channels, their own fees being capped at Rs 153 per subscriber. Now, the Centre and TRAI are ready with Tariff Order 2 and that is why these cable operators fear for their survival.

There is also this new trend where mobile service providers such as Vi, Airtel and Jio make TV channels available on Android phones as do the OTT platforms. The Cable Operators Welfare Association of India (CoWF India) has been asking TRAI not to let linear TV channels be a part of OTT platforms and to let these channels be the sole domain of cable operators.

The cable operators, whose business was founded on the ruin and losses of the film trade, now fear that this trend of mobile phones and OTT platforms turning into television channel carriers will make them redundant and throw them out of business.