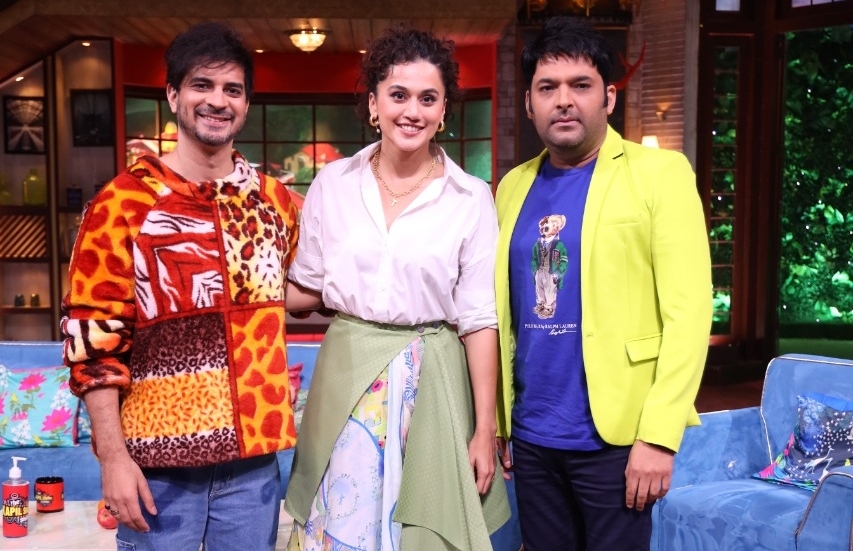 Mumbai, Jan 28  Bollywood actors Taapsee Pannu and Tahir Raj Bhasin are gearing up for the upcoming film ‘Looop Lapeta’. The

actress on ‘The Kapil Sharma Show’ revealed how she was roped in for the movie.

She shared: “I went to say no to the film, thinking that “I’ve done a similar film in the South, so I’ll maybe not do a film which has a similar concept in Hindi. Then he (Director Aakash Bhatia) narrated the film to me so well that he literally looped me in, and I said “yes” right there and then!”

In the movie, Tapsee plays the role of Savi and Tahir Raj Bhasin plays a character called Satya.

‘Looop Lapeta’ is the directorial debut of ad filmmaker Aakash Bhatia and is an adaptation of the German experimental thriller ‘Run Lola Run’, which has gained a cult status over the years.

The movie is set to stream on Netflix from February 4.