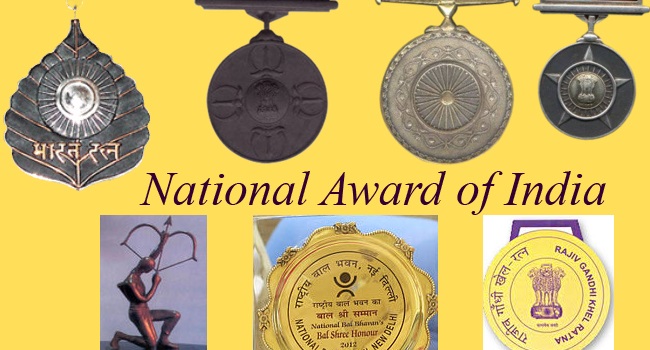 THE ALMOST PERFECT LIST OF NATIONAL AWARDS–SOME SURPRISES, SOME TWISTS, BUT STILL UNQUESTIONABLE

I have had the privilege of being on the jury for the National Awards and I know how some of the awards are absolutely manipulated, how almost every second award could be questioned and how pressures and influence mattered and this was happening in the past and was happening till very recently. Ask anyone who has been on the jury to speak out the truth and nothing but the truth about how these awards are decided and they will or should come out with stories difficult to believe. But, looking at the list of the 66th National Film Awards gives a total different feel about them and after going through the list several times, it can only be said that this is one list that cannot raise any kind of uncomfortable questions and not arouse any kind of controversy. I think it is one of the most perfect lists and all future juries must take a few lessons from this list of awards.

The most interesting award, I think is the award for the Best Feature Film going to a Gujarati film,“Helaru”. For several years, Gujarati films were not even considered good enough for any National Award. It is good to see the jury taking notice of the big changes happening on the Gujarati filmmaking front. Almost the same holds good when it comes to the best Marathi film (“Bhonga”).

The other regional Film Awards have also been decided after a great deal of competition and consideration by the he jury and that can be seen from the selection of films which deserved the awards as the list that follows will prove,“Andhadun”(Hindi),“Turtle”(Rajasthani), “In The Land Of Poisonous Women”(Panchanga), “Anna”(Garo),“Bhonga”(Marathi),“Baram”(Tamil),“Hamid”(Urdu, it has been after a long time that an Urdu film has been considered for a National Award),“Ek Je Chhilo Raja”(Bengali),“Sudani From Nigeria”(Malayalam),“Mahanati”(Telegu),“Nathicharami”(Kannada),“Amori”(Konkani),“Bulbul Can Sing”(Assamese),“Harjeeta”(Punjabi),“Reva”(Gujarati)

The big stars had to take a backseat as it was the season of the younger actors like Vicky Kaushal (“Uri”) and Ayushmann Khurrana (“Andhadun”) and the best actress award went to Keerthy Suresh (“Mahanati”).

It was also the best time for small but meaningful films, like “Badhaai Ho” for the Best Popular Film Providing Wholesome Entertainment.

And even a comparatively small films like “Andhadun” won in more than one category,Best Adapted Screenplay,best Hindi film, in addition to the award for the best actor Ayushmann Khurrana.

One other film which has won more than one major award is “Uri”, the best actor award for Vicky Kaushal whose first major award it is and what is more encouraging is that another young talent, Aditya Dhar who made his debut with a difficult to make film like “Uri”has won the award for the best director. The film has also won an award for the Best Background Music.

The other surprises are like the best supporting actor award going to the lyricist Shivanand Kirkire and the best lyrics award going to Manjutha for the Kannada Film, “Nathicharami”, which is a biting comment on the quality of lyrics in Hindi films where there are so many lyricists and no good lyrics.

In keeping with the times, the jury has paid all the attention to special effects and two awards in this category have been given and one of them is “KGF”, which has also won the award for the Best Action film too.

The jury has also gone in for experimenting with new awards and a beginning made with an award of Most film-friendly state and the award this time has been won by Uttarakhand.

Akshay Kumar’s major efforts to focus on doing films which have a social and national significance seems to have paid off with R.Balki’s “Padman” being judged as the Best Film on Social Issues.

Thank-you, director, Rahul Rawail and the other members of the jury for doing a difficult but commendable job. You have kept the faith in National Awards alive.

P.S- Incidentally,every year the winners of the awards are announced in April and the presentation ceremony is held on May 3, which is when India’s first feature film is said to have its theatrical release in 1913. However, in April the ministry announced that the National Film Awards would be declared after the Lok Sabha elections.