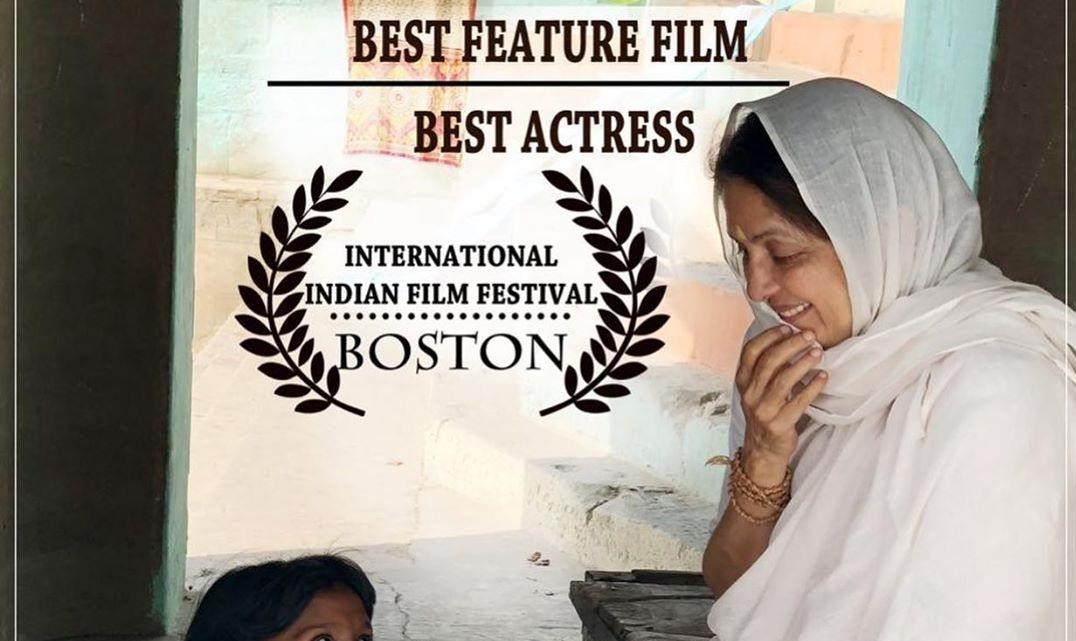 After "Badhaai Ho", it seems veteran actress is on winning streak. She recently won the Best Actress award at Indian International Film Festival of Boston (IFFB) for "The Last Color". "The Last Color", which deals with taboo surrounding widows in India, is directed by renowned chef Vikas Khanna.
Movie Reviews
·December 14, 2020

The Last Color seems like a ‘showcase Indian film’, the sort that the festival circuit in the West easily laps up. The film highlights a few societal ills specific to India, against the lavishly ethnic backdrop of Benaras. Indian exotica finds visual expression in every imaginable hue in the story — from the wanton joy of Holi to the exploitation of widows. For the right international feel, perhaps, the third word of the film’s title has been suitably Americanised.

The film marks the directorial debut of Vikas Khanna, widely recognised as a top chef and Michelin star-winning restaurateur. Khanna is an author, too, and he has adapted the film from his book of the same name. I haven’t read the book. Going by the film, he could brush up his storytelling skills.

Vibhav Srivastava’s screenplay, based on Khanna’s story, tries looking at life in the streets beyond just the plight of widows in Benaras. There are a couple of street urchins too, and a marginalised transgender character victimised by a corrupt lawkeeper. As the widow Noor (Neena Gupta) forges a bond with the nine-year-old tightrope walker Chhoti (Aqsa Siddiqui), the vibe that consumes the narrative could give you a sense that Deepa Mehta’s Fire blended with Danny Boyle’s Slumdog Millionaire.

The obvious influences of these two films, among others, tend to eclipse the fact that Khanna’s film does have the odd moment of human relationship drama that engages, beyond its more palpable intent to drive home a few comments.

The film begins with Chhoti’s return to her hometown Benaras, as a young lawyer who makes it known that she is out to end all injustice meted out to destitute widows. It is the season of Holi and, amid protests from the more orthodox, she vocally advocates that widows be given every right in life, including the celebration of colours if they choose to.

The narrative then takes us back in time, when Chhoti met Noor and they became friends. Just as they were discovering joy and purpose in existence all over again, Chhoti becomes witness to a heinous crime. Noor, too, gets tangled in the turmoil that follows.

Khanna tries arranging a rather predictable chain of events with adequate cinematic embellishments. The film is beautifully photographed (Subhranshu Das), almost romanticising even the sufferings on the streets of India. The layered symbolism attempted, especially in the use of colours, becomes apparent too, and the film struggles to strike a chord in most parts.

The problem is the set-piece approach, in the way Khanna unfolds his story and protagonists. Characters here are either black or white, whether it is the widow Noor and the street urchin Chhoti on one hand, or the corrupt policeman and the spiteful co-resident at the widow shelter where Noor lives on the other. The film is certainly low on grey shades. That and a few contrived twists in the tale let down a cast that tries impressively.

Neena Gupta is flawless as Noor. The actress lends a quiet, imposing screen presence to Noor’s miserable existence, and her act is balanced well by young Aqsa Siddiqui’s lively rendition of Chhoti. Together they are an unlikely duo out searching for bliss and friendship, and a great reason to catch this film.