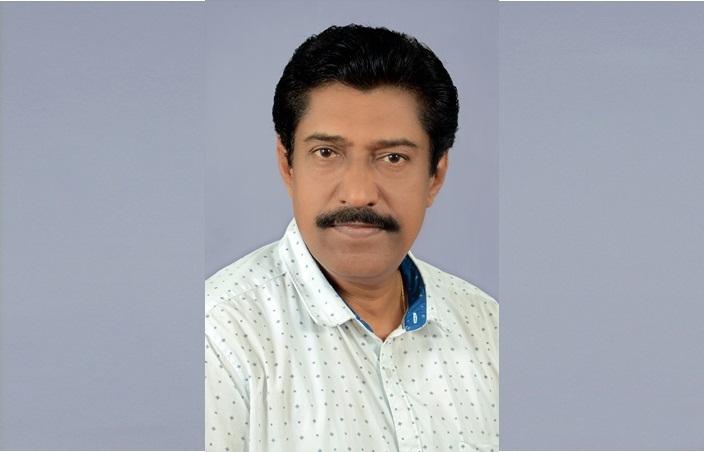 The rocket-man and his earthy characters

New Delhi, July 22  Engineering and literature, he says are extremely close. That the technical perfection demanded in complex engineering design is akin to sensitivity required in sketching a character that stands out. “They just use different languages. In my experience, science and literature complement each other. Science demands that you activate your brain, while literature feeds on the heart. But aren’t great classics born when both of them work together?” smiles award -winning Malayalam author, who has to his credit seven novels and several short-story collections.

An engineer at the Vikram Sarabhai Space Centre at Thiruvananthapuram, his novel ‘Chorashasthra: The Subtle Science of Thievery’ has recently been published by Westland Publications in English.

The author remembers ‘Chorashasthra…’ was not not abetted by any pre- planned story line or thoughts, but came into being as a result of two incidents that occurred in his life within a span of one week. “While going through the reference books in the library at Vikram Sarabhai Space Centre, I chanced upon many branches of Sciences that existed in ancient India. I was really surprised to know that , there existed a science of thievery too and Lord Subrahmanya was the presiding deity of that ‘faculty’. Later, while my family was away, I got woken up at night after hearing a noise. I flashed the torch on the lock. There was a circle of light at the centre of which I saw the key hole. That moment a thought overpowered me – what if to open a lock just by looking at it? Immediately, I went to the writing table, and started the sentence: ‘After a long and eager wait, the thief acquired the skill of opening a lock just by looking at it.’ I did not know that all this would take the shape of a novel. What really guided me to the completion of the novel was a curious inquiry into how Lord Subrahmanya, the God of Knowledge, could be the presiding deity for the dubious science of thievery. Chorashastra was the answer for that.”

Recipient of the Kerala Sahitya Akademi and Vayalar awards, James may have been a voracious reader since childhood but he never imagined that one day he would figure among some of the most important contemporary Malayali writers. “During my engineering years, I would discuss books with several like-minded friends, and also joined a cultural organisation. That’s when I wrote my first short story ‘The Psalms of the Company’ that later evolved into the novel ‘Dathapaharam’. It was during the final year when I went to attend a wedding at an island in Kochi that something changed inside me — I was fascinated by the rituals and life style of the islanders who were living in more or less isolation from those living on the mainland. With that remote place as the background, I started writing a novel ‘The Book of Exodus’.”

Known for exploring everyday tragedies of common people, James says that he mostly derives inspirations for his characters from people he comes across in life. “Being born and brought up in a common village family gave me a chance to mingle with common folk closely and understanding their problems. The politics of my writing is inclined towards those who have been run to the ground. Most of my characters are everyday people — the protagonist in ‘Chorashastra’ who is a petty thief or the coffin maker in ‘Anti-clock’. You will read about a barber and a sex worker in the novel ‘Nireeswaran’. As a writer, it is important for me to keep my eyes open to what is around me.”

Pleased that Indian writers working in different languages are now being widely translated into English and their works reaching a much wider audience base, James feels that books being written in regional languages are getting way more attention than before. “Is it not fascinating to get acquainted with ethnic cultures, customs, beliefs, and philosophies of that are not ours? People are always seeking… Popularity of authors like Benyamin and K R Meera are primary examples.”

The author, who also finds a place as a character in Benyamin’s ‘Al Arabian Novel factory’ and ‘Jasmine days’ said that the ongoing pandemic has had much impact on him. “So many people are suddenly jobless and unable to sustain themselves. Who knows when things will stabilize. What will be the new normal? On top of that, the rich continue to be surrounded by luxury while the poor have become poorer. I long for a system where everybody lives in harmony.”

While he could write two short stories during the lockdown, he soon felt that the environment was just not conducive for writing or serious reading. “Creative writing is not a mechanical process. One gets absorbed in it only when the mind is fluid. Whatever is happening in the outside world will cause turbulence in the inner one too.”

Talking about his process, he says it takes him years to complete a novel, and he starts only when there is a strong urge to do that. “In fact I had spent almost twelve years on my first book (‘The Book of Exodus’. ‘Nireeswaran’ and ‘Anticlock’ took more than five years each. I edit the book multiple several times before sending it for publishing. When I get a particular theme, it manifests naturally as to whether it is more suitable for a novel or a short story. Story-writing and novel-writing demand different treatments. A longer incubation period is required for a novel, making it more challenging. And yes, unforeseen points and concepts would appear and guide the journey to the final work.”