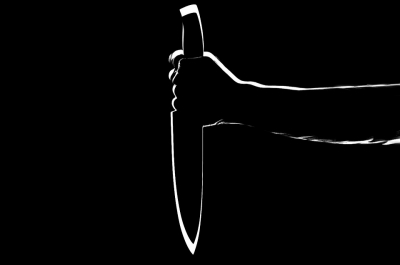 This TN ‘serial’ killer is post graduate and an MBA

Thiruvananthapuram, Feb 12  Rajesh, 39, a serial killer, who hails from Nagercoil district in Tamil Nadu and is in custody of the Kerala Police for killing a 37-year-old lady, is a post graduate in Economics besides having an MBA degree and his favourite past time is to dabble in online trading using money that he makes by robbing and ‘killing’ people.

A police official on condition of anonymity said the accused himself told about his educational qualifications to the cops.

“He said that he is a post graduate and also an MBA holder, but we are yet to verify his certificates. On Saturday, he was produced before a court here and has been remanded to judicial custody,” said the police official.

He is already accused in 4 murder cases in his home state and was out on bail and was working at a tea shop in the state capital city until last week.

On last Sunday when the state was under lockdown as he was walking in the streets he noticed a lady watering plants at a garden nursery, here.

After an hour a customer who came to the nursery was shocked to see the lady lying in a pool of blood inside the shop.

Soon came the police and a day later CCTV visuals from a nearby shop showed a person walking and he was later identified travelling on a two wheeler. Very soon the police identified the killer and on Thursday, he was taken into custody from his home town near Nagercoil.

The killer had removed a gold chain from the victim and he pawned it at a shop in his home town.

On Saturday it was recovered by the probe police team from the shop where he pawned it.

It was in the course of the questioning by the Kerala Police team in the presence of Tamil Nadu police, the history of Rajesh was known and in 2014 he is believed to have killed a Customs officer, his wife and their son and committed another one a few years later.

And what has really baffled the probe team is his qualification, why was he working in a tea stall here till last week and they suspect it was done to keep away from where he has four murder cases and was out on bail.

Moreover what the police is probing is Rajesh while killing the lady and taking her gold necklace, did not touch the money in her bag and also from the cash box of the garden nursery.