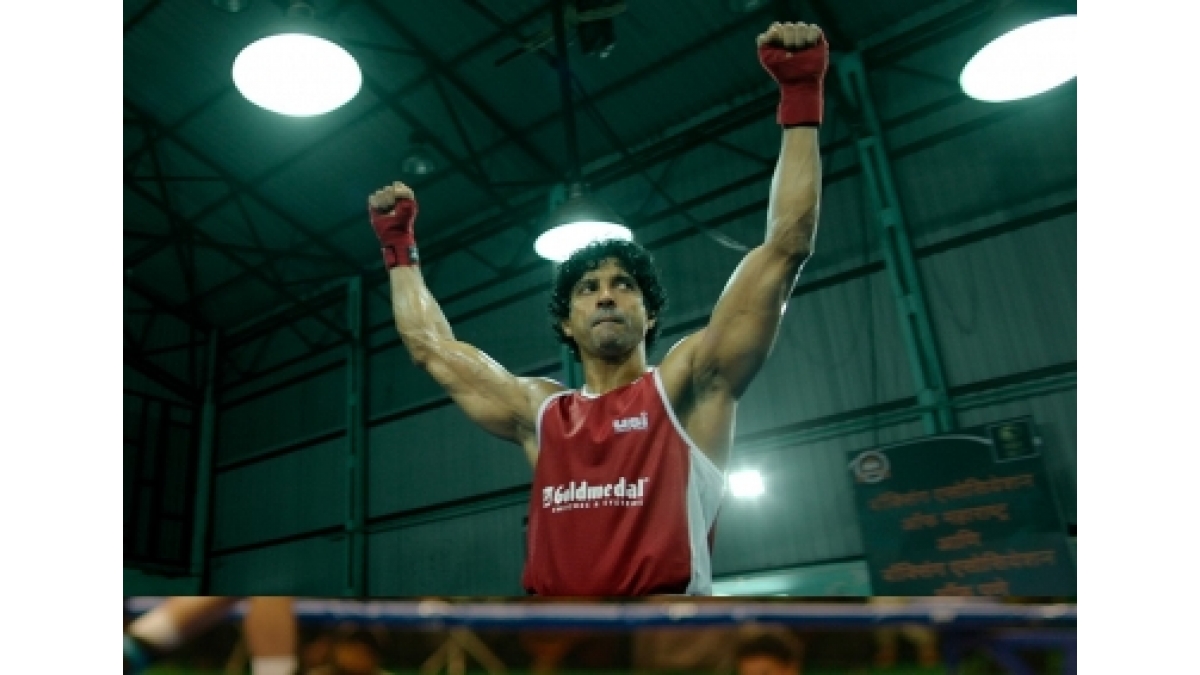 Toofaan: Far from the storm the hype promised (Review; Rating: * *)

You know something’s wrong with a film when you’ve figured out the whole story from a few minutes of trailer. For a film that runs over 160-odd minutes, more so.

Mainstream sports movies narrating underdog stories are always predictable in the way the narrative graph begins, peaks and ends, so you really wouldn’t blame director Rakeysh Omprakash Mehra if you figure out what’s going to happen next. The trouble with Mehra’s new film is it fails to give you the moments that might resonate. Despite bankable actors and a plot that promises drama in a fictional boxer’s life, the film struggles to hold attention.

Anjum Rajabali’s writing seems dated in the way the narrative tries to add an extra dimension to the film, blending in a subtext of faith and secularism with the overall boxing action. For Mehra and his on-screen hero Farhan Akhtar, mixing socio-politics with sports worked well in “Bhaag Milkha Bhaag”, where pop patriotism was the mantra used to score a winner. In “Toofaan”, the generic story of a sportsperson’s life is set against a backdrop of fundamentalism and orthodoxy.

Local tough Ajju bhai (Farhan Akhtar) of Dongri finds reason to metamorphose into Aziz Ali the boxer in the encouraging words of friendly neighbourhood doctor Ananya (Mrunal Thakur). From breaking bones as Ajju to winning state-level championship as Aziz is a journey our hero completes as fleetingly as only filmi heroes do. An unconvincing love story unfolds on the side, and Aziz and Ananya decide to get married.

In the most unimaginative tradition of Bollywood writing, Aziz cannot figure out Ananya Prabhu is the daughter of Nana Prabhu (Paresh Rawal), his very conservative Hindu coach. And, come to think of it, if Ananya’s dad is a top-class boxing coach, and she knows he is trying to be a boxer, wouldn’t she have mentioned the fact to Aziz when he took up the sport encouraged by her?

The writing overflows with such loopholes and contrived situations as the story plods ahead. Inane melodrama takes over as the very orthodox Nana throws a fit when Ajju tells him he plans to wed Ananya. Prabhu throws Aziz out, calling him low-life scum, but they get married, of course, and then come a couple of highly unconvincing twists that sees state champion Aziz Ali fall from grace only to find inspiration to rise against all odds.

Surprisingly, and unlike “Bhaag Milkha Bhaag”, Mehra fails to create a single sporting sequence here that, all else failing, might have salvaged the film. The boxing bouts of “Toofaan” are too set-piece, they lack the drama to engage.

The boxers Aziz faces off are mostly too absurd to be true. One is a borderline psycho who loves packing off his rival on a stretcher. Another (Darshan Kumaar) tries destroying Aziz’s chances at the national championships simply because the latter had beaten him at the state level. Lack of imagination is also evident in Nana’s sudden change of heart in the end, after a melodramatic meeting with his grand-daughter.

The film fills its runtime with unnecessary narrative diversions and tells a story that could have been canned in about an hour, with no obvious reason to stretch up to two hours and 40 minutes. Riding functional cinematography (Jay Oza) and editing (Meghna Sen) that could have been bettered, the film wastes a few fine acting efforts.

“Toofaan” is far from the storm the film’s pre-release hype had promised.