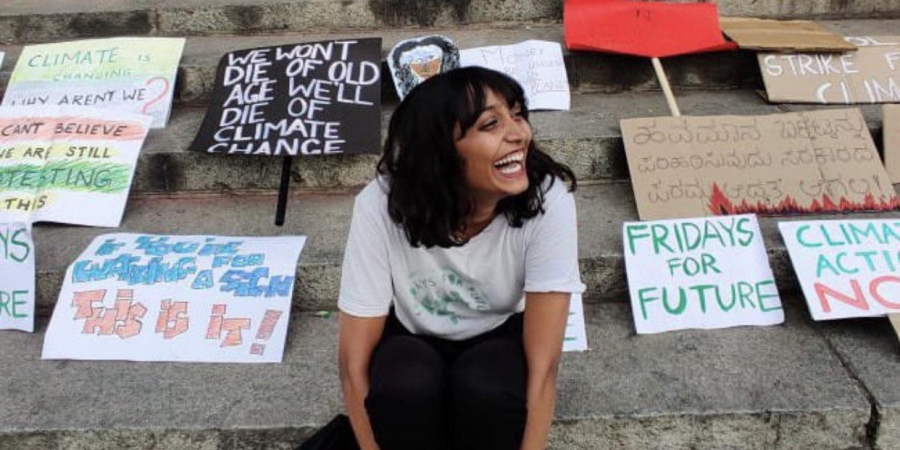 NEW DELHI Feb 19: The Delhi High Court Friday said certain media coverage of investigation into the FIR against climate activist Disha Ravi for her alleged involvement in sharing a toolkit backing farmers’ protest indicates “sensationalism and prejudicial reporting”, but declined to order removal of any such content at this stage.

“Recent coverage by the media definitely shows that there is sensationalism,” Justice Prathiba M Singh said and added that the issue of removal of content that was already in public domain shall be considered at a later stage.

Later in the day, a trial court sent Ravi to judicial custody for three days after her five-day police custody expired on Friday.

The high court heard Ravi’s plea to restrain police from leaking to the media any probe material in relation to the FIR lodged against her.

The petition also sought to restrain the media from publishing the content or extract of any private chats, including those on WhatsApp, between her and third parties.

The high court, in its order, asked media houses to ensure that no leaked investigation material is broadcast as it could affect the probe and directed Delhi Police to abide by its stand on affidavit that it has not leaked nor intends to leak any probe details to the press.

Justice Singh said that while a journalist cannot be asked to reveal a source, he/she has to ensure that the source is “verified and authentic” and the content being published is not “merely speculative or conjectural”.

“Content also ought not to be offensive, scandalising and to the extent possible should be factual in nature.

“While police briefings and the happenings in Court proceedings etc can also be broadcasted and disseminated, leaked investigation material ought not to be disseminated so as to prejudice the investigation,” the high court said.

To the media houses, the high court directed that “all disseminated content shall be in strict adherence to the ‘Programme Code’ as contained in the Cable Television Networks Rules 1994 as also the Code of Ethics and Broadcasting Standards prescribed by the News Broadcasters Association (NBA)”.

Justice Singh further ordered that editorial teams of the media houses shall ensure that only verified data and content is broadcast and the investigation in the FIR against Ravi “is not hampered in any manner”.

“If the charge-sheet is filed in the meantime and the same is made public, once the investigation reaches some conclusion, dissemination of the contents of the charge-sheet would not be interdicted in any manner,” the high court said.

The police, represented by Additional Solicitor General (ASG) S V Raju, placed an affidavit categorically denying leaking of any information to the media.

It also assured the court that it has no intention of leaking any information to the media.

The ASG said that somebody in the police department “could have leaked the information” and the possibility cannot be ruled out.

The court, however, in its order directed the police to abide by the statement made in its affidavit.

Raju told the court that persons who sympathise with Ravi put out information to malign the police and in such a situation the agency may hold a press briefing to counter the allegations against it.

The allegations were opposed by Ravi’s lawyers who assured that neither she nor anyone directly associated with her intends to malign the police or the investigating authorities.

The media houses, one of them represented by advocate Mrinal Bharti, said the source of information in the present case was the Delhi Police and its tweets.

ASG Chetan Sharma and the centre’s standing counsel Ajay Digpaul, appearing for the Ministry of Information and Broadcasting, said the petition was not maintainable as no complaint was first made to it for taking action against any TV channel or media house for any alleged incorrect reporting of the case.

They said an inter-ministerial committee headed by the Additional Secretary, Information and Broadcasting has been set up to look into any complaints which may be received.

The News Broadcasting Standards Authority (NBSA) told the court that it can take any action only if a complaint is made to it regarding the media houses named in the plea.

It also said that it has no jurisdiction over tweets or internet articles.

Ravi, in her plea, has said she is “severely aggrieved and prejudiced by the media trial surrounding her arrest and the ongoing investigation, where she is being viscerally attacked by the respondent 1 (police) and several media houses”.

She has claimed that her arrest from Bengaluru on February 13 by a Cyber Cell team of Delhi Police was “wholly unlawfully and without basis”.

She has also contended that in the present circumstances, it was “highly likely” that the general public will perceive the news items “as being conclusive as to the guilt of the petitioner (Ravi)”.

She has claimed that the police first “leaked investigative material” — like alleged WhatsApp chats — the substance and details of which were only in the possession of the investigating agency.