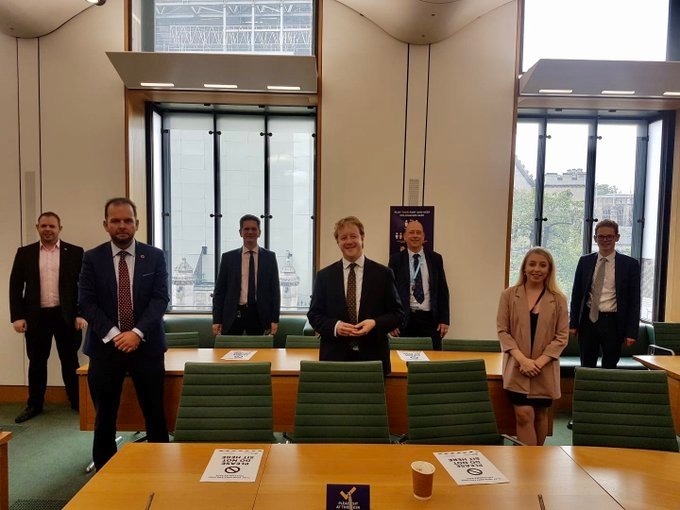 London, Sep 24 A group of seven Tory MPs have relaunched a group named ‘The Conservative Friends of Kashmir’, which is aimed at campaigning for ‘self-determination’ in Kashmir, sparking outrage among swathes of Tory-supporting British Indians.

The group recently tweeted, “We have relaunched the Conservatives Friends of Kashmir. We campaign for self-determination and an end to human rights abuses in Kashmir and Jammu. There is growing support for our cause amongst Conservative MPs and activists. Follow us and our work!”

The move has unnerved the Conservative Friends of India (CFI), which promotes the party among British Indians.

Earlier this week, the group retweeted a tweet from Pakistan occupied Kashmir (PoK) President Masood Khan’s Twitter handle, which said, “We are immensely grateful to you for re-launching the Conservatives Friends of Kashmir. Your voices shine like a ray of hope for the wounded Kashmiris in their darkest hour. Besieged, battered, disenfranchised — they look towards you and your allies for justice.”

Brereton, Daly and Bristow also sit on the All Party Parliamentary Group on Kashmir (APPGK), which is chaired by Labour MP Debbie Abrahams, who was deported to Dubai on February 17 after being informed at the Delhi airport that her e-visa was not valid. The following day she flew to Pakistan and met Pakistan Prime Minister Imran Khan, all funded by Islamabad.

Kuldeep Shekhawat, president of the Overseas Friends of BJP (UK), plans to draft a letter and send it to the co-chairs of the Conservative party, which he claimed more than 200 PIO activists will sign.

“We are not happy with this kind of anti-India move by the Conservative team. Britain has no right to interfere in India’s internal matters,” he said.

Lord Rami Ranger, a patron of the Conservative Friends of India, has written a letter to Bristow and Daly, appealing them not to undo the work he has done.

“This is a fringe group created by a few MPs to support their Mirpuri constituents. Pakistan will be behind this. They take these MPs out and wine and dine with them. This could severely damage the reputation of Tories among British Indians.

“Not only will they stop voting, they will also stop giving donations to the party once they hear about this. The UK is trying to negotiate an FTA with the largest democracy in the world. This is hardly going to go down well,” Ranger added.