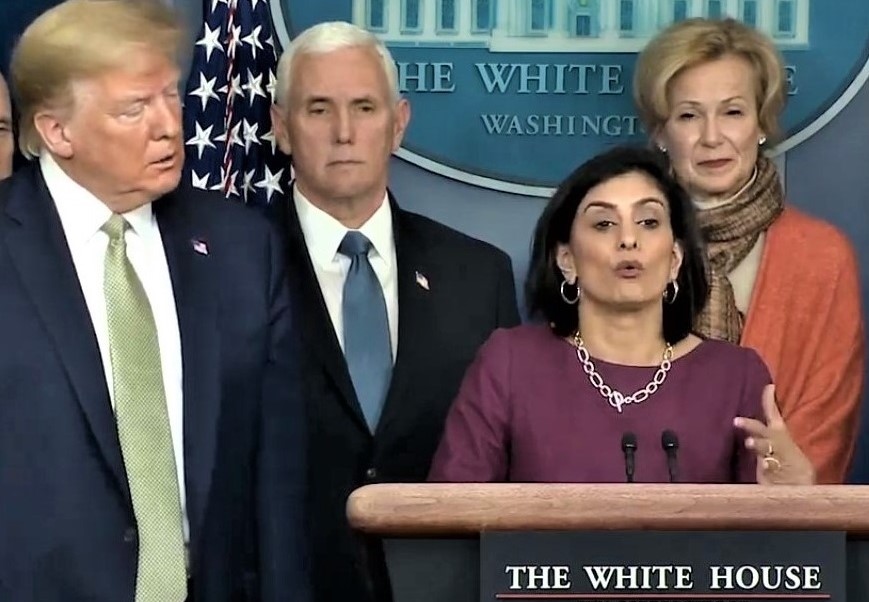 Seema Verma, who heads the United States government health insurance programmes for seniors and for the poor, speaks to the media at the White House on March 17, 2020. In the picture are President Donald Trump, from left, Vice President Mike Pence, Verma, and Deborah Birx, the coordinator of the White House Coronavirus Task Force. (Photo: White House/IANS)
Diaspora
·April 26, 2020

US President Donald Trump may replace Health and Human Services Alex Azar and Seema Verma, the head of government health insurance programmes, is one of those under consideration to succeed him, according to media reports.

Quoting anonymous White House sources, several media outlets reported on Saturday that top White House officials were discussing removing Azar and that Verma and Deborah Birx, the coordinator of the White House Coronavirus Task Force were the leading candidates to replace him.

If Verma does get the job, she will be the second person of Indian descent to serve on the US federal cabinet.

The first was also a woman, Nikki Haley who was appointed by Trump as the Permanent Representative to the UN with a cabinet rank and served for two years.

The White House, however, dismissed the reports of Azar’s likely ouster as “speculation” that was “irresponsible and a distraction from our whole-of-government response to COVID-19”.

Deputy Press Secretary Judd Deere said: “The Department of Health and Human Services, under the leadership of Secretary Azar, continues to lead on a number of the President’s priorities.”

Trump’s new Chief of Staff Mark Meadows, who took over last month, was reported to be poring over the list of key administration position and considering suggesting changes.

A lawyer and a former pharmaceutical executive, Azar has been mostly sidelined in the COVID-19 crisis efforts and Vice Pence has been leading them with two medical scientists, Anthony Fauci and Birx taking the limelight.

In stories of White House intrigue, Azar is said to have annoyed Trump by media portrayal that his suggestions for early action against the pandemic had been overlooked and that he had bungled the transfer of Rick Bright, the top official overseeing vaccine development, leading to a public relations disaster.

Bright’s lawyer has said that he plans to file a whistle-blower complaint alleging that he was fired for questioning Trump’s favoured COVID-19 treatments like the hydroxychloroquine.

Azar has also not made any headway in coming up with a plan to replace the universal health insurance programme known popularly as “Obamacare” after former President Barack Obama who had introduced it.

Verma, who heads the two government insurance programmes, Medicare for seniors and Medicaid for the poor, and Azar have been engaged in a power struggle.

She has appeared at its news briefings with Trump several times – probably more often that Azar – raising her public profile.

As the administrator of the Centers for Medicare and Medicaid Services, Verma oversees the employee-funded Medicare programme for 62 million seniors, a powerful political lobby, and the Medicaid programme for 70 million poor.

She is close to Pence, having worked with him on healthcare reform when he was the governor of Indiana, where she founded and headed a consulting firm.

During the coronavirus crisis she has led the efforts to introduce telemedicine to ease the pressure on medical facilities and has been coordinating the availability of laboratories for testing for COVID-19.

While Verma’s background is in policy and administration, Birx is a doctor who has built an international reputation for leading the fight against AIDS, especially in Africa.

Birx, who has the rank of colonel in the US Army, is currently the US Special Representative for Global Health in the State Department.

She has been providing daily input on the coronavirus pandemic at the Task Force briefings and is considered the steadying influence on Trump.

(Arul Louis can be contacted at arul.l@ians.in and followed on Twitter @arulouis) 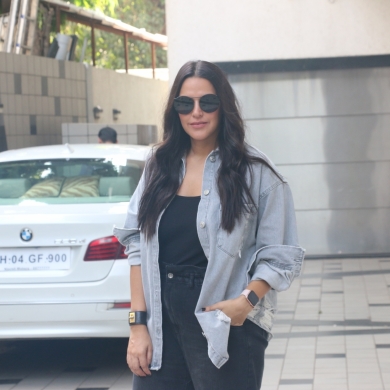 Neha Dhupia: Nobody likes to be trolled