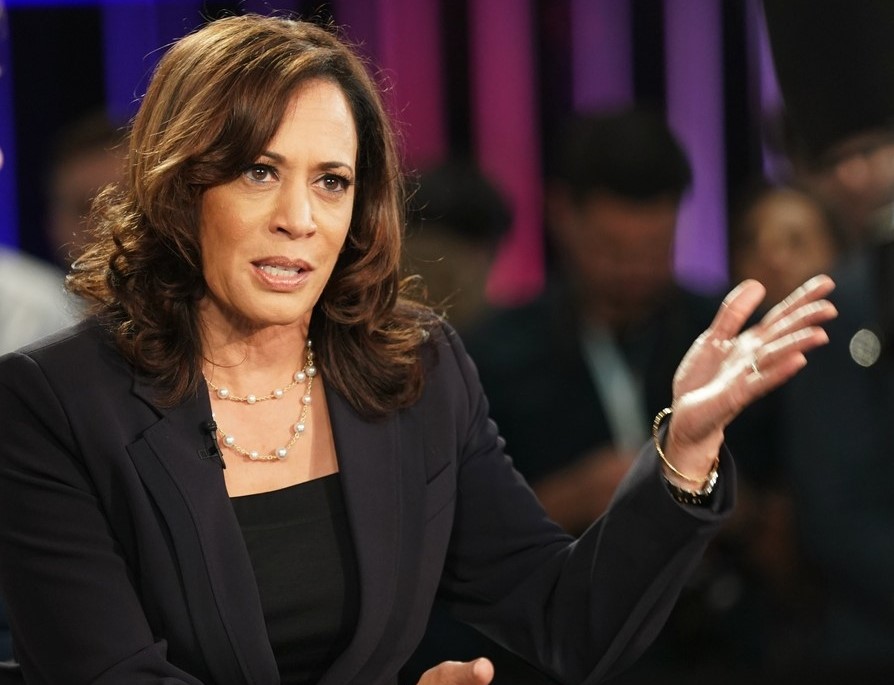 New York, Oct 21  A tweet by the niece of Democratic Party’s Vice Presidential candidate Kamala Harris portraying her as the Goddess Durga slaying US President Donald Trump has drawn criticism for its religious insensitivity and violent depiction.

A petition on the Change.org website demands an apology from the campaign of presidential candidate Joe Biden and Harris for the tweet by her niece, Meena, which the petitioners said was an insult to Hinduism.

Several people posted responses to the tweet that was taken down later and some of the critics ended up being blocked by Meena Harris, who is a lawyer.

The picture in her tweet showed a fair-skinned Kamala Harris as Durga astride a lion with the face of Biden and about to plunge a trident into a dark-skinned Trump lying on the ground.

The text accompanying it said: “I am actually speechless other than to say that the first day of Navaratri was LIT.”

A Republican candidate for the House of Representatives from California, Nisha Sharma, drew attention to the violent nature of the tweet.

She tweeted: “A day after #FranceBeheading by Islamic radical @meenaharris tweets this out in celebration of #Navratri. This not only grossly misappropriates a Hindu deity, this provokes #Hinduphobia by promoting violence against @realDonaldTrump.”

Sharma added the handle of the Secret Service that protects Trump — as well as Kamala Harris — to the tweet.

Many Democrats and the media have been criticising Trump’s supporters of threatening violence.

Although the Change.org petition has asked for an apology from the Biden-Harris campaign and others have criticised Kamala Harris, the tweet and the picture are not connected to her or the party’s campaign.

Biden, who had earlier greeted Hindus on Ganesh Chathurthi, had sent out a Navratri greeting.

He tweeted: “As the Hindu festival of Navratri begins, Jill and I send our best wishes to all those celebrating in the U.S. and around the world. May good once again triumph over evil and usher in new beginnings and opportunity for all.”

It was not clear if Meena Harris meant her tweet to appeal to Hindu American voters or it was to glorify Kamala Harris and draw attention to her partial Indian descent.

Although her mother, Shyamala Gopalan, is from a Hindu family, Kamala Harris is a Christian belonging to the Protestant Baptist sect.

The Change petition circulated by a group calling itself Global Hindus asked the “Biden-Harris campaign to issue an apology to the Global Hindu community for the desecration of Goddess Devi Durga, especially during the auspicious and sacred time of Navaratri”.

A person identified only as Shalu tweeted: “Doesn’t matter how many dosas the Harris fam(ily) makes on camera, they’re quite disconnected from their heritage & only use it for marketing.”

Meena Harris said in another tweet: “#MyNameIs Meenakshi. I’m named after the Hindu goddess, as well as my great great grandmother. I come from a long line of strong women who taught me to be proud of my heritage and to demand respect, especially from racist white men like @sendavidperdue who are threatened by us.”

That is the Twitter handle of Republican Senator David Perdue, who said at a Trump rally, “Kah-mah-la, Kah-maah-la, Kamala-mala-mala, I don’t know, whatever”, while referring to the Vice Presidential candidate.