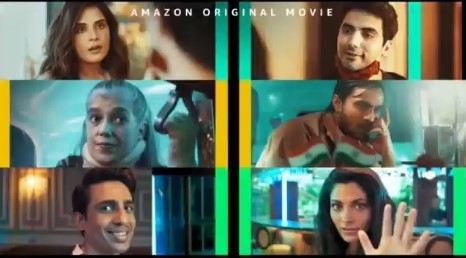 Anthologies can be erratic — in pace, tone and overall storytelling. When you have multiple directors calling the shots on multiple sets of actors in standalone stories, it is hard to find cohesion of quality. The parts that make up the entirety are often never consistently good or bad.

Unpaused, with five stories that attempt to define the mood of urban India during lockdown, suffers from that problem. The film starts off on a high note, hits a slump immediately after that, and somehow manages to recover in the stories that follow.

The uneven quality about Unpaused extends to the film’s ability to surprise, too. The top pick, in terms of a unique idea, has to be the first story, Raj and DK’s Glitch. The story is quietly scary in the way it imagines an India in the future that has all but lost its battle with the coronavirus. Covid-19 is a first generation menace that is in the past now, and science is struggling to fathom Covid-30 in the narrative, as a lonely and nervous ‘hypo’ (Gulshan Devaiah) goes on a virtual date with a spirited Covid warrior (Sayyami Kher). The urge of companionship draws him to the girl, and he would personally love to meet her. But there is always the fear of infection to psyche him out. Raj and DK’s storytelling reveals relish and irreverence despite the uncomfortable future the storyline imagines.

The second story, Nikkhil Advani’s The Apartment, tries mixing the malaise outside with one that threatens to tear apart the protagonist from within. The story is about a couple (Richa Chadha and Sumeet Vyas), whose lives are irreparably damaged when he is charged with multiple MeToo allegations. He denies, she is almost driven to suicide. When she presses, he retorts saying she should have stopped him. There is no specific reason why this story should have been set during lockdown and, as such, there is hardly any factor that might hold your attention through the runtime.

Tannishtha Chatterjee directs Rat-a-Tat, about a young girl (Rinku Rajguru) and her grumpy elderly neighbour (Lillete Dubey). The neighbour is hostile towards the girl to begin with, but they strike a bond somewhere in their quest for purpose in life and hope. Unfolding at a languid pace, the film captures the essence of human relationship making interesting use of music.

Avinash Arun Dhaware’s story that follows vaguely resonates the spirit of Bong Joon-ho’s Oscar-winning gem, Parasite. Titled Vishaanu, the story casts Abhishek Banerjee and Geetika Vidya Ohlyan as a migrant couple in Mumbai who, along with their boy, find luxurious haven in a sample flat of half-constructed highrise amid lockdown. The film uses TikTok in a quirky way to carry the story forward — in the time of the Wuhan-origin virus, it is ironic that the banned Chinese app should play havoc in the lives of the protagonists.

Nitya Mehra directs the final story, Chand Mubarak, which traces an unlikely bond between a posh aging loner named Uma (Ratna Pathak Shah) and an autorickshaw driver Rafique (Shardul Bharadwaj), in whom she sees her late brother. The idea lacks originality but Mehra makes up for that drawback by getting the emotional core of the tale right.

Lockdown could be a subject of immense potential for storytellers, we have seen over the past months. Random recall would bring to mind the series The Gone Game, or the Malayalam thriller C U Soon in the Indian OTT space. Unpaused, for all its richness in cast and crew fails to make that league.